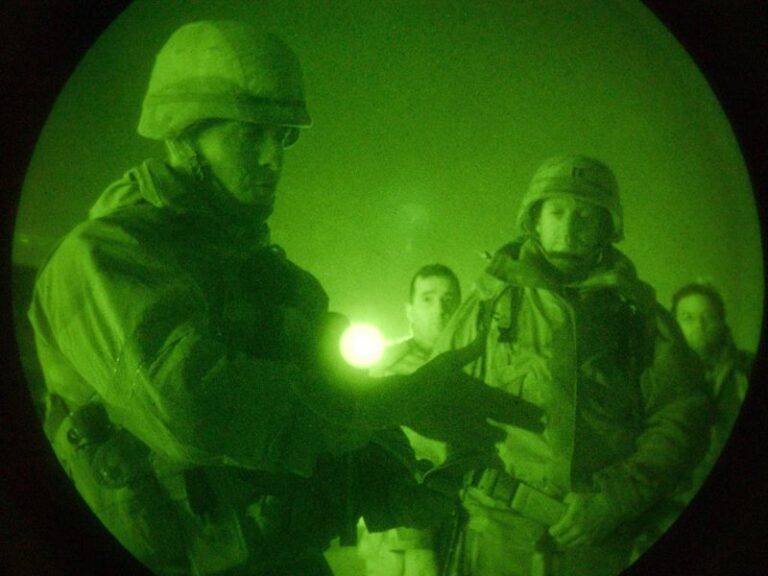 The Defense Advanced Research Project Agency (DARPA) has announced its newest version of night-vision tech through a program called Enhanced Night Vision (ENVision). This program comes in the form of lightweight eyeglasses using one single band of the infrared spectrum. This technology will provide thermal vision through obscurants such as fog and dirt, all through a single flat lens. The accessible nature of this technology and its creation by DARPA will inevitably lead to its most significant consumer, the U.S. military.

BACKGROUND: The Rise of Night-Vision

Since the 1960s, crude versions of night-vision goggles and scopes have been used by the U.S. Military. As time and tech evolved, it became easier for pilots and soldiers to conduct operations in complete darkness. But the challenge has always been in the bulky nature of the night-vision devices. Usually, in binocular-like optics mounted on helmets, it would severely restrict the wearer’s field of view (not to mention some nasty neck strain). But with this new technology, DARPA’s Defense Sciences Office (DSO) promises a compact pair of glasses that will change the entire landscape of next-generation night vision goggles (NVGs).

ANALYSIS: What is DARPA Up To?

Another benefit to DARPA’s new NVG tech is that the infrared bandwidth will be streamlined, converting the infrared to visible light all in one step.

In an official press release by the DSO, they stated, “DARPA investments over the past decade have led to breakthroughs in the areas of planar optics, detection materials, and novel light-matter interactions. ENVision will leverage these advancements, amongst others, to develop enhanced night-vision devices in lightweight eyeglass form factors.”

As DARPA continues to test their new technology, there’s no doubt that they will continue making these glasses more light weight for ease of use. From a defense point of view, the constraints and energy used in dealing with clunky goggles and helmets will no longer impede operations.

Are Incels the Future Face of Terrorism?


The Radicalism of Extremist Nihilists

DARPA will be holding a webinar for the project as part of a Proposers Day on January 21st, 2021.