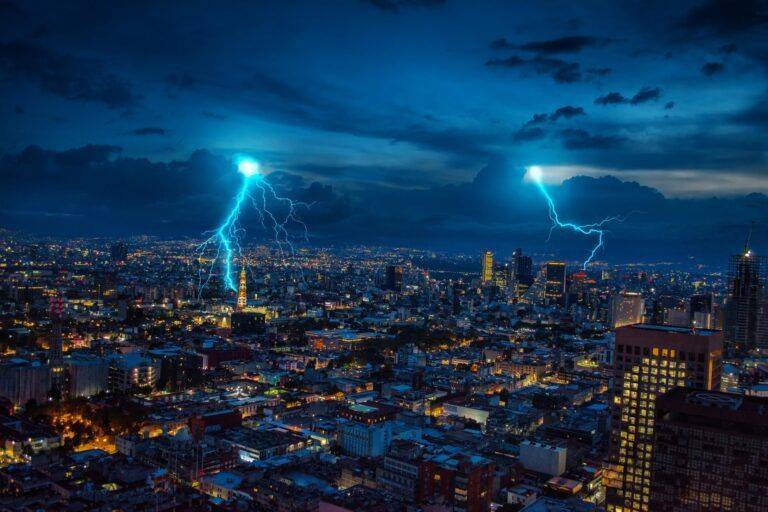 A new study published in Nature by an international team of scientists proposes using lasers to create a tractor beam to manipulate lightning during thunderstorms. Weird science aside, the intention is to aid in the reduction of wild fires induced by lightening strikes that are responsible for significant ecological and property damage.

BACKGROUND: Why Build a Tractor Beam?

In early January of this year, Australia was affected by some of the worst bushfires in recorded history. The most common cause of these fires are lightning strikes during thunderstorms. A joint team of scientists from Australia and the United States has proposed using a tractor beam to control where lightning strikes to reduce the number of wildfires in the future.

“You can view clouds and Earth as a global electric circuit system, and what we are doing is just short-circuiting it by introducing hot particles with laser (tractor) [sic] beams,” explained Andrey Miroshnichenko, a co-author of the study, in an interview with The Debrief.

Miroshnichenko, a Professor at the School of Engineering and Information Technology at the University of New South Wales in Canberra, explained that they used lab simulations to test the hypothesis. A ground-based laser heats particles in the atmosphere, and when an electrical discharge occurs, such as lightning, the electricity is transmitted along the laser’s path back to the surface.

“The laser ‘tractor beam’ traps, heats, and delivers particles to the required position for the electrical discharge to be triggered,” he stated. The lightning’s energy is directed to a ground station that would collect the energy and trap it.

“In simple terms, we have reduced the requirement for discharge from a lab-based laser using industry scale infrastructure to a laser the size and output of a laser-pointer pen,” Miroshnichenko explained. “Since there are dust particles in the atmosphere, we can simply shine a laser into the sky. Our biggest challenge is not inducing the lightning from the environment but being able to capture and ground the charge in an effective and useful way.”

OUTLOOK: Not As Crazy as it Sounds?

Miroshnichenko admitted that the technical issue is how to handle the massive amounts of electricity lightning can generate. The ground-based stations that collect the electrical energy and trap it are still years away in simple terms. Miroshnichenko is hopeful, saying that they can have operational stations to collect the lightning within five years.

There are a few issues. First, directing a laser into the atmosphere would require permission from various government agencies, especially those that operate aircraft. Furthermore, the ability to run lightning along an arbitrary path using a ‘tractor beam’ would also have some pretty severe legislative hoops to jump through. Weather control has been a hot topic within conspiracy theory circles. Still, cloud seeding technology has been around for a few years, albeit not the most effective method of altering natural weather phenomena. Miroshnichenko believes that technological and political hurdles are worth the potential benefits.

“Certainly, there are other potential applications of our discovery, such as ignition of internal combustion engines, microsurgery, and micro-welding,” he stated.