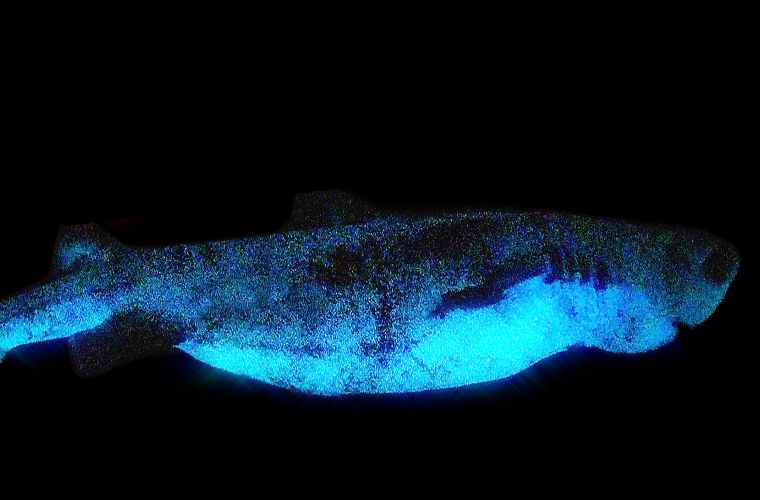 The Ocean’s “Twilight Zone” is Home to Glowing Sharks

During a recent survey, a team of researchers in New Zealand made a stunning discovery. They found a trio of shark species that share an unusual trait; they all glow in the dark. Of course, sea creatures creating their own light, or “bioluminescence,” is not new, but according to the marine biologists from Belgium and New Zealand who led the expedition, finding such an unusual trait in a large vertebrate is unprecedented.

“Three species of deepwater sharks (Dalatias licha, Etmopterus lucifer, and Etmopterus granulosus) were collected from the Chatham Rise, off New Zealand,” the February 26th study published in the journal Frontiers in Marine Science states, “and for the first time, we documented their luminescence.”

The glowing sharks “were captured during the Chatham Rise Trawl survey by the R.V. Tangaroa in January 2020 off the coast of eastern New Zealand.”

Traditionally a habitat for whales, as well as the island nation’s most productive fishing ground, Chatham Rise is a reef off of the eastern New Zealand coast, whose depth tops out at 1,000 meters (about 3,300 ft.).

The three species of sharks studied inhabit an area near the bottom of the rise known to marine biologists as the “Twilight Zone,” a range between 200 and 1,000 meters where sunlight is effectively blotted out. Solar radiation is too weak to initialize photosynthesis at these depths.

This dark environment has created an evolutionary bubble where some creatures, bacteria, and other microscopic life forms have developed the ability to create their own light.

“Bioluminescence has often been seen as a spectacular yet uncommon event at sea,” the study states, “but considering the vastness of the deep sea and the occurrence of luminous organisms in this zone, it is now more and more obvious that producing light at depth must play an important role structuring the biggest ecosystem on our planet.”

As the authors of the study point out, numerous sea creatures like jellyfish and crustaceans already possess the ability to create their own light. However, this ability had never been seen in a large vertebrate species like a shark. Until now, that is.

To conduct the study, the researchers first eliminated the possibility that the unexpected light emission from these apex predators resulted from what they called “symbiotic luminous bacteria,” or some other sort of glowing microorganism, instead of the sharks producing their own light. Once that possibility was eliminated, the team performed several chemical and histological tests of the shark’s glowing ventral and lateral surfaces, and the results were surprising.

Researchers don’t yet know why these predators would need such a mechanism usually reserved for prey animals, but they do have some theories.

For instance, a shark will usually appear backlit against the bright ocean surface above so that the blue glow could give the animal some camouflage. It could also be that the slow-moving predator may use its own glow to illuminate the ocean floor to aid in the hunt for food. One other theory is that the light acts as a disguise allowing the shark to sneak up on its prey. That prey, the study notes, includes small fish, crustaceans, and other sea creatures, but other sharks as well.

Outlook: Life Was Cool Before, But Glowing Sharks Make it Cooler!

“This first experimental study of three luminous shark species from New Zealand provides an insight into the diversity of shark bioluminescence and highlights the need for more research to help understand these unusual deep-sea inhabitants: the glowing sharks,” the paper’s authors conclude.

Such research, the paper states, would be designed with one goal; why do these sharks glow? “Studying light emission of the kitefin shark, the blackbelly lanternshark, and the southern lanternshark, might increase our understanding of their bioluminescence functions, and possible prey-predation relationships between these species.”

It will likely be some time before those studies are complete, but until then, it may not be safe to go swimming in New Zealand’s Chatham Rise, even if you are another shark. 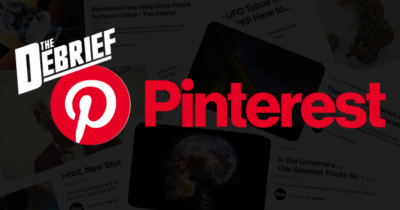 Scientists Now Understand the Origin of Water, Including on Alien Worlds.