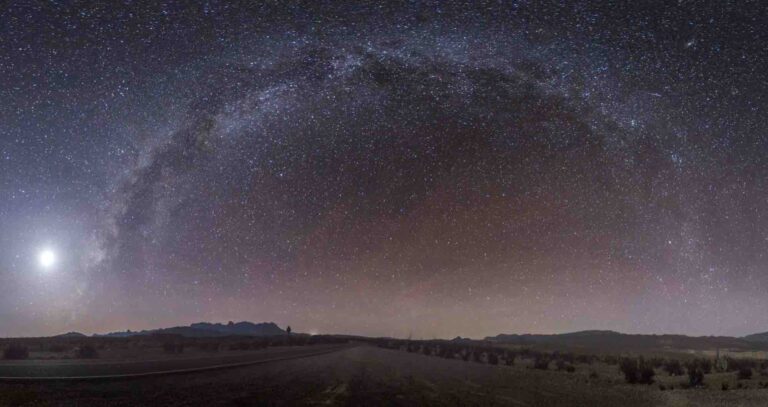 The State of the Universe: Lost Civilizations from Our Cosmic Past

Since I was not born in the United States, I will never be able to deliver the State of the Union address. As compensation, let me say a few words on the State of the Universe. Like everything else, it includes both good news and bad news. I will start with the bad news.

Assuming similar circumstances, this means that most Sun-like stars had sterilized by now their previously habitable Earth-like planets. If these planets hosted technological civilizations, then these cultures died or migrated elsewhere by the present time. We were not around to hear their cries for help billions of years ago. It is pointless to search for radio signals from these sterilized exo-Earths now. We arrived late to their party. It is over.

But there is also good news. If previously existing civilizations launched chemical rockets into interstellar space, these probes are still around us since they are gravitationally bound to the Milky Way galaxy. The escape speed from the Milky Way is 500 kilometers per second in the vicinity of the Sun. This is an order of magnitude faster than the limiting speed of chemical propulsion, dictated by the tyranny of the rocket equation and manifested by all the interstellar probes that humanity launched so far. These fortunate circumstances allow us to find evidence for past civilizations whose clocks started ticking billions of years before ours. Our future is manifested by their past.

Interstellar objects were only discovered over the past decade. The current census includes two interstellar meteors of extraordinary material strength, IM1 (from January 2014) and IM2 (March 2017), the anomalous object `Oumuamua (October 2017), and the comet Borisov (December 2018). Out of the four, only the last one appears familiar in comparison to solar system objects. Are we on the cusp of finding evidence for the lost civilizations from our cosmic past?

The newly funded expedition to collect fragments from IM1 could determine its material composition and distinguish an artificial alloy, like stainless steel, from a natural iron meteorite. It is remarkable to realize that a simple composition test can carry such a fundamental message about our place in the Universe and our future aspirations. I already made a promise to Paula Antonelli, the curator of the Museum of Modern Art in New York, that I would bring any artificial interstellar object we might find in the Galileo Project to be displayed in a museum exhibit. For humanity, such an artifact would represent modernity, whereas for the senders, it represents ancient history.

In a recent podcast, I was asked whether the Unidentified Aerial Phenomena (UAP) described in the national intelligence report to the US Congress from June 2021 could have been sent from our own future on Earth.  This would be possible if our civilization were to develop a time machine that allows our descendants to come back in time and visit us now. I responded that so far, physicists are not aware of a way to engineer time travel through a “closed timelike curve” based on Albert Einstein’s theory of spacetime. However, we do not have a reliable theory that unifies quantum mechanics and gravity. Even if travel to the past was possible, the time traveler must be part of the past to guarantee logical consistency–so there would be no changes to the past as a result of the time traveler showing up.

In the 1980s, Igor Novikov argued that only self-consistent trips are allowed. In a 1992 paper, Stephen Hawking proposed a “chronology protection conjecture” that accommodates Novikov’s principle. Their arguments leave us in the same reality that we live in. Our future has no impact on how our life unfolds. Therefore, relating UAP to our future is futile because our descendants cannot change what happens to us in their past.


Retail technology exposes a safety threat for female cashiers in many African countries due to an old practice.

But we should not agonize about the limitations of time travel. There is no reason to obsess with the past because the future offers more opportunities. For example, we could use science and technology to extend our longevity and live forever. By enabling a self-repair mechanism, as employed by tardigrades, we might survive in space for many more years into the future. Whereas our past offers merely 13.8 billion years, our future is unlimited.

Once we acquire a significantly longer lifespan by cosmological standards, we would realize that life around the Sun is a trivial blip in cosmic history. There is so much to explore out there if we can only live long enough to engage in interstellar travel. If this is the lesson learned by past technological civilizations, then we should welcome them at our front door with a treat and learn the trick from them. In one of our future Halloweens, trick-or-treating might get a whole new meaning.