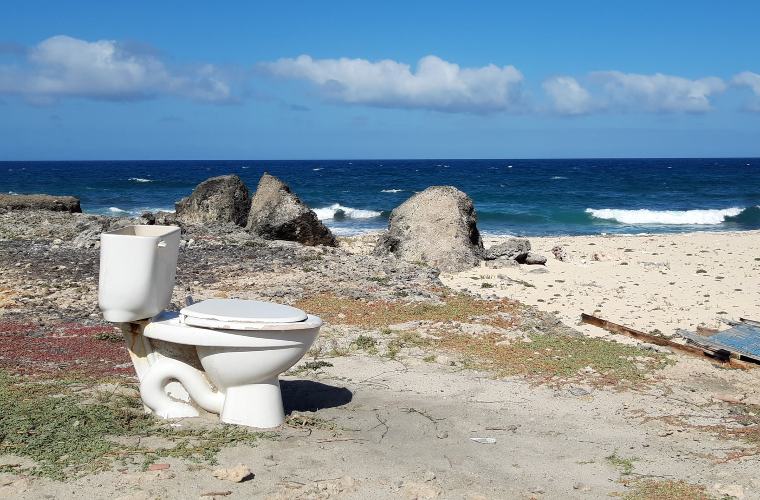 Climate Scientists Want To Use Our Poop To Feed and Fuel the World, and It’s A Genius Idea

If humans continue on their current trajectory without moves toward sustainable production, then by 2030, we will emit 65 billion tonnes of Green House Gas, according to the Circulatory Gap Report for 2021. Scientists have offered a potential solution to this problem by harvesting biomass from our waste. Humanity has pretty much shit the bed on the environment, so we may just have to start eating it.

Biomass is essentially renewable plant or animal material like algae, crop residue, or feces. Biomass is produced by many industries, including agriculture, textile industries, and processes to deliver food and lumber. Cycled materials – a material whose excretion contributes to the growth or existence of another –  are made possible by reusing biomass in some way. When we re-use biomass in creation, it’s called “circular bioeconomy.”  The Circulatory Gap report measures how circular our world’s economy is by looking at the amount of cycled material over all material outputs. In 2021, we got 8.6%, a total fail, meaning we’re using way more resources than re-using. But you already knew that.

“The less biomass we harvest from the biosphere and the more circular and regenerative our biomass production systems, the lower the impact will be on biodiversity,” Abigail Muscat, a researcher from Wageningen University, told Forbes. Investing in a circular bioeconomy means we exploit natural ecosystems less while enhancing biodiversity in ecosystem-based industries like fisheries and forestry.

Muscat says that although the concept of circular bioeconomy is new, “if we are ambitious, we can make great progress in just five years.” The most considerable interference in this move towards a more renewable future is political, she says.

Cutting down on biomass production would dramatically cut down on environmental impacts. For example, using biomass from waste as fuel reduces greenhouse gas emissions and resource depletion, according to the 2021 study.

There is a lot of biomass from waste, and humans produce around 640 billion pounds of it a year, plus 3.5 billion gallons of urine. Moreover, a 2015 U.N. report estimates that global waste conversion to fuel could be worth $9.5 billion.

Sounds gross, but human shit is between 55-75 percent water, and solid feces residue has a similar energy content to coal. So it’s kind of crazy that we’re flushing all this potential energy in the same direction as our dead goldfish.

Outlook: Do we have to start eating our own poop?

Research in circulatory biomass doesn’t look at creating a toilet that spits out blue raspberry freezies and chocolate chip cookies. Research focuses on redirecting biomass in a way that makes sense, often as fuel or to feed our food sources. One study done in November 2017 by a team of researchers from Penn State University used tanks that took the methane gas created by human poop and used it to fuel a reactor where edible bacteria could grow. The bacteria, which can be directly consumed, was used to feed fish farms.

But fish are boring; what about a piss-flavored beer? In 2015, the Danish Agriculture and Food Council collected over 50,000 liters of urine from music festival-goers. They then used the urine as fertilizer for malting barley, and ultimately, the pee was used to brew beer (a great example of what food and waste recycling can look like). The future isn’t bottling your pee; it’s using biowaste to fuel the creation of consumable products.

The circular bioeconomy extends into fashion, mainly in the form of textiles made from agricultural residue, which is great news considering how notoriously unsustainable the fashion industry is. Another study from Wageningen University in 2021 looked at bringing the fashion and food industries together to help build long-term sustainable value chains. The researchers looked at 40 crops to find the most suitable for fashion fiber production. More and more circular textile innovations are popping up using ag-residue-based fibers, including TENCEL™ branded lyocell fiber made from orange and wood pulp – yummy.

Using biomass, whether it’s a number two or wood pulp from a tree farm, means finding new uses and ways of closing the production loop, bringing us closer to a more sustainable and bathroom-joke fuelled future.

Sarah London studied business and communications at the University of Winnipeg. She’s a content coordinator, writer, and stand-up comedian who likes science even though she failed physics. Follow her on Twitter @sra_5000.