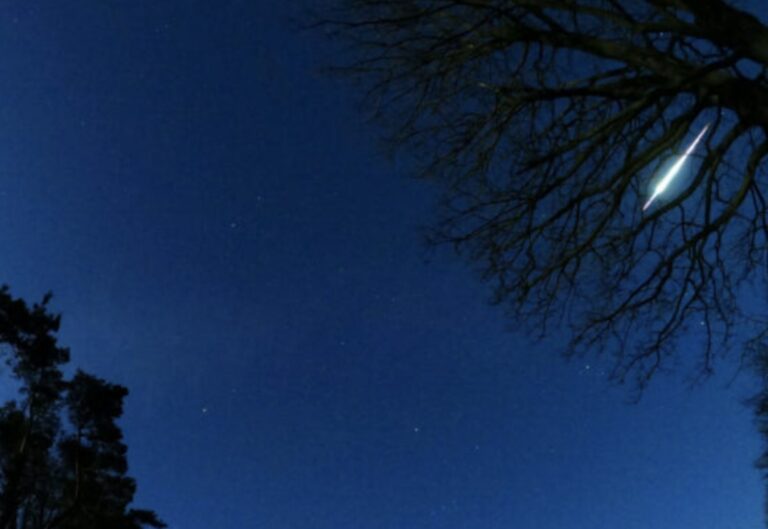 Experts Say Extraterrestrial Water Has Been Found Inside This UK Meteorite

A recently fallen meteorite containing water that is undeniably extraterrestrial has been found for the first time in the U.K. Perhaps more significant, tests on the water held within the minerals of the 1lb (0.5kg) meteorite confirm that it is nearly identical to water already found on Earth.

Until now scientists were unsure if the bulk of Earth’s water came from comets, meteorites, or other sources. But this new discovery goes a long way toward making the case that Earth’s lakes, rivers, and oceans got most if not all of their water from meteor strikes during or just after the planet’s formation. It also has potential implications for the search for extraterrestrial life.

Life on Earth Depends on Water

On Earth, where there is water, there is almost always life. But even now, scientists still disagree about the source of Earth’s H2O. Recently, two primary schools of thought have emerged: the first theory suggests that a series of comet strikes relatively soon after the planet’s formation brought water with them. This makes sense, as comets contain high amounts of ice and water. The second theory suggests that meteor strikes involving carbonaceous meteors with high amounts of water contained within their minerals rained down on early Earth, bringing this water with them.

Following this first-of-its-kind discovery, along with previous tests of water collected from comets, it looks like the second theory is starting to pull ahead.

Uncontaminated Water Inside Meteorite Is Almost Identical to Earth Water

According to reports, this particular meteorite slammed into a driveway in the Gloucestershire town of Winchcombe last February and was collected within ten days of its arrival. This second part is particularly important since nearly all of the 65,000 known meteors on Earth were collected too late to rule out contamination from Earth’s water.

But in this case, the short period of time between the meteor’s impact and its collection effectively rules out any substantial contamination from Earth’s water. Think of it as a cosmic five-second rule, only in this case, it’s more like a cosmic 10-day rule. This last part is particularly important when comparing the significant amount of water contained within this meteorite, about 12% by volume, to water here on Earth.

“We always try and match the composition of the water meteorites and other extra-terrestrial materials to the composition of the water on the Earth,” explained professor Ashley King, a Natural History museum researcher, when presenting his findings at the British Science Festival hosted by De Montfort University. “For most meteorites, the challenge we have is that they are just contaminated, whereas with Winchcombe we really know that it really hasn’t been contaminated, so it’s good evidence.”

This lack of contamination made the results of tests performed on the water locked within the Winchcombe space rock even more intriguing.

These results also jibe with previous tests on water collected from comets, which have shown that Earth’s water and the water from comets are significantly different. Such dispositive results are significant for planetary scientists and geologists who are trying to understand the nature and origin of Earth’s water. And the results can also help inform astronomers and astrobiologists in their search for extraterrestrial life, particularly when narrowing in on the best targets to spend limited resources.

Earth’s Water Increasingly Likely to Have Come from Meteorites

“One of the big questions we have in planetary sciences is where did the water on Earth come from?” explained King. “And one of the obvious places is either through comets that have loads and loads of ice in them, or asteroids. There’s always a debate – were comets the main source, were asteroids the main source?”

Although the debate on the source of the Earth’s water is not over, the results from this test, the pristine nature of the uncontaminated water sample extracted from the Winchcombe meteorite, and the previous tests on cometary water all definitely add merit to the meteor-borne water hypothesis.

“The composition of the water in Winchcombe is a much better match (than comets),” said King, “so that would imply that asteroids – carbonaceous asteroids – were probably the main source of water to the inner solar system, to the Earth.”

“We’ve had a hint that some asteroids match back nicely to the Earth,” he added.

”But now we have a meteorite which is really fresh that we know hasn’t been modified, and it’s confirming that same story.”