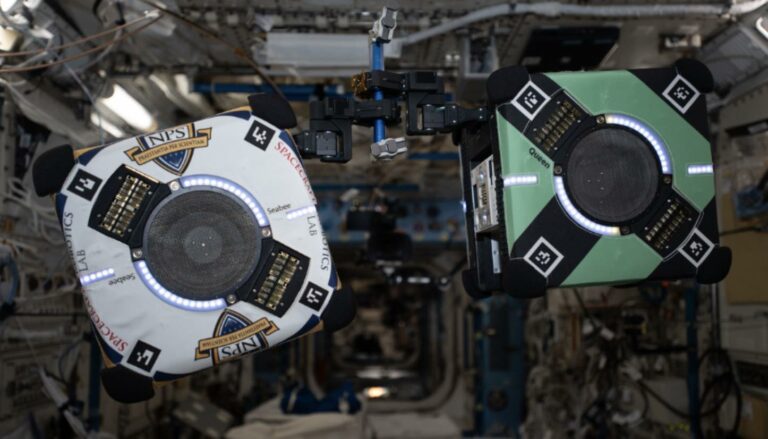 Free-flying robots and sample returns are all items on the current roster aboard the International Space Station, as the international Expedition 67 crew works to complete several efforts aimed at improving future science missions in orbit.

Among the tasks currently being carried out aboard the space station are preparations for one of NASA’s Astrobee free-flying robotic systems to be controlled by software written by student winners of a robotics competition. Kjell Lindgren, a NASA Flight Engineer aboard the station, is leading that effort.

The events the crew aboard the ISS have been undertaking in recent days were all outlined in a recent post on NASA’s official Space Station Blog.

NASA’s Astrobee robots were designed to perform a variety of routine duties aboard the space station, freeing up time and resources for the astronauts on board by working independently to take inventory and even assisting in the documentation of experiments the NASA mission scientists perform on board the station.

Equipped with cameras that enable their movement throughout parts of the station, the autonomous Astrobee units are currently programmed to perform microgravity experiments while aboard the station that will provide potentially critical data about the ways robotic systems can be deployed for future missions in beneficial ways.

“Finalists have their code downloaded by NASA to the Astrobee platform and observe its performance,” the recent NASA blog post read.

Among other tasks being currently undertaken aboard the space station, sample returns for the Genes in Space-9 study, another microgravity study that involves observations of how free-cell technologies perform in such environments, are currently being carried out by NASA Flight Engineer Bob Hines, who is currently photographing the samples.

The samples are hoped to provide information on technologies that can offer low-maintenance, cost-efficient, and portable tools for a variety of medical applications for use during missions in orbit.

The efforts of the European Space Agency and Russian astronauts with the Expedition 67 crew currently aboard the station have also remained busy in recent days, as ESA Flight Engineer Samantha Cristoforetti spoke with students from aboard the space station, educating them about the daily roles she and her astronaut colleagues perform aboard the station. Meanwhile,

Russian cosmonauts Oleg Artemyev of Roscosmos, along with Cosmonaut Denis Matveev, each worked with the photography and allocation of equipment and tools as Sergey Korsakov undertook the replacement of carbon monoxide filtration and other analysis equipment aboard the station.

In short, as the work of Expedition 67 continues, things are business as usual aboard the Space Station as its international crew carries out scientific experiments and other tasks, all of which are geared toward helping ensure the success of future science missions in orbit.