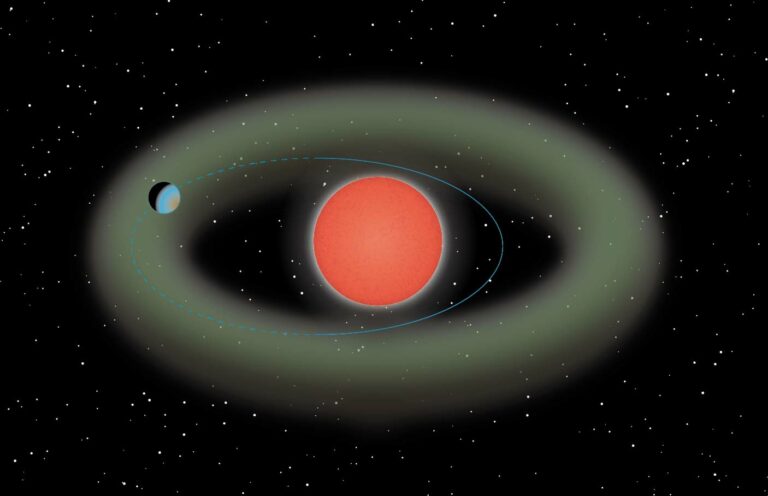 Japanese researchers say they have spotted a “super earth” exoplanet orbiting within its host star’s habitable zone just 37 light years from Earth, according to recent findings detailed in a new research paper.

While zipping around the red-dwarf star M4.5 dwarf Ross 508, the newly discovered exoplanet appears to have an elliptical path that takes it in and out of the star’s habitable zone or the distance from its host star where liquid water could exist on the planet’s surface. If confirmed, the relatively close (in astronomical terms) exoplanet offers astrobiologists a brand new target in the search for extraterrestrial life.

Since the discovery of the first planet outside of our solar system in 1995, astronomers have found over 5,000 exoplanets and counting. Most are gas giants like Jupiter or Saturn, but some are rocky worlds like Venus, Mars, or the Earth. If a rocky planet’s mass is significantly smaller than our solar system’s ice giants Uranus and Neptune but larger than Earth itself, astronomers call them “super-earths.”

Of course, researchers look for all types of exoplanets, but rocky worlds are considered the best places to search for life as we know it. Previous research indicates that among rocky exoplanets, super-earths may be the best places to hunt for life, making this latest discovery and its relative proximity to home particularly tantalizing.

With results published in the journal Publications of the National Society of Japan, the discovery was made by researchers from the National Astronomical Observatory of Japan using the Subaru Telescope.

According to the press release announcing the find, the discovery of a habitable zone skimming planet this close to home “offers a chance to investigate the possibility of life on planets around nearby stars.”

Although red dwarf stars are plentiful, making up as much as three-fourths of the stars in our galaxy, their smaller size and relatively cooler temperatures have made spotting planets within their orbits particularly difficult. Still, as the researchers note in their published findings, “M-type stars are especially promising targets for the detection of Earth-like planets.”

To make this discovery, the Japanese research team employed a new, ultra-sensitive Near Infrared detector specially designed to hunt for exoplanets around red dwarf stars.

“It has been 14 years since the start of IRD’s development,” said Bun’ei Sato, a Tokyo Institute of Technology professor and the team’s principal investigator. “We have continued our development and research with the hope of finding a planet exactly like Ross 508 b.”

Particularly significant among the team’s findings is the fact that this super-earth seems to skim the edge of the star’s habitable zone, dropping in and out along the path of its 11-day elliptical orbit. This orbit means there is a real chance the planet, which is about four times the mass of our Earth, may have liquid water on its surface. Although no life outside of Earth has yet to be discovered, most astrobiologists believe liquid water dramatically improves the chances for life.

Although this discovery offers astronomers and astrobiologists hunting for E.T. a brand new target, there is always the concern that volatile, M-type stars may blast away any atmosphere on a planet like this one simply because their orbit is so close to their host star. Nonetheless, the finding is still significant and proves the viability of using this instrumentation to hunt for exoplanets around red dwarfs, an ability that had proved particularly elusive until now.

“With such a successful first result, we can expect that the Subaru Telescope will discover more, potentially even better, candidates for habitable planets around red dwarfs,” the research team says.