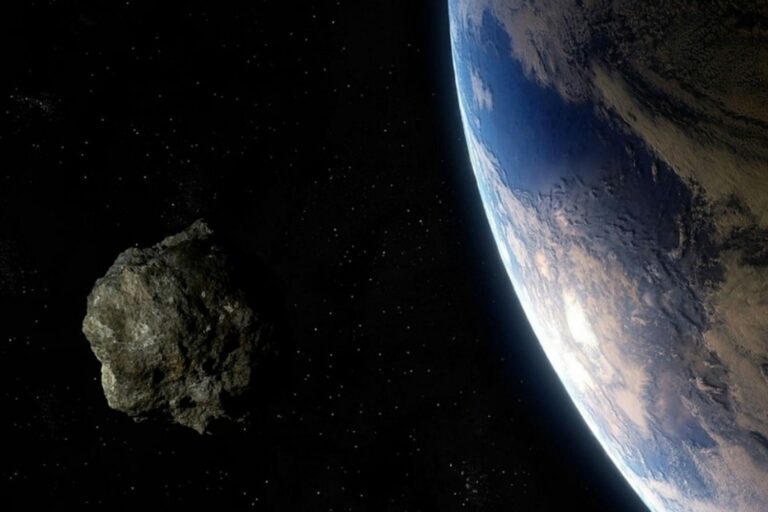 Physicists have discovered an asteroid orbiting the Sun at the same distance as Earth. Known as a Trojan asteroid, this space body is only the second one of its kind found that shares Earth’s orbit. Due to its gravitationally stable location, an asteroid of this type could one day serve as a jumping-off point for long-duration space missions.

In our solar system, there are locations known as Lagrange points. From a gravity standpoint, these locations are relatively stable, meaning that objects residing in them more or less hold their location. For example, the newly launched James Webb telescope is on-location at Lagrange point #2, allowing it to stay in one place without fuel mostly.

Now, researchers say they have spotted a second Trojan asteroid in Earth’s wake, which is hiding out in Lagrange point #4.

Led by Toni Santana-Ros, a postdoctoral researcher at the University of Alicante in Spain, a team using the Pan-STARRS observatory in Hawaii first spotted the asteroid in December 2020. Still, the researchers weren’t entirely sure what they were seeing since the asteroid in question was so dim. That’s because objects in the L4 and L5 positions are challenging for Earth-based telescopes to see.

“In short, these objects are often observable very close to the sun (i.e., at low Solar elongations) and under large phase angles (the sun-object-observer angle),” the research paper explains, “meaning that a significant fraction of the object is shadowed as seen from Earth, which in turn implies the object being faint.”

This low-light condition led Santana-Ros and his team to take follow-up images of the suspected space rock using the Southern Astrophysical Research telescope in Chile. And voila, the relatively tiny (one kilometer wide) asteroid was confirmed to exist.

The team also confirmed that the Trojan asteroid, which they have since named 2020 XL5, was smack dab in the middle of Lagrange 4. This orbit means 2020 XL5 trails Earth by two months in its transit around the Sun.

Published in the journal Nature Communications, the research team behind this discovery notes that this new Trojan asteroid bobs above and below the orbit of Earth, which would make it particularly fuel-inefficient to try to land. However, a Trojan asteroid of this size and location could serve as a perfect jumping-off point for future missions to deep space, maybe even a way station for missions exiting and entering Earth’s orbit. The researchers also point out that their analysis says 2020 XL5 is likely to be in place for a long time.

“Our study of its orbital stability shows that 2020 XL5 will remain in L4 for at least 4 000 years,” the study reads, allowing future space mission planners to put it to use.