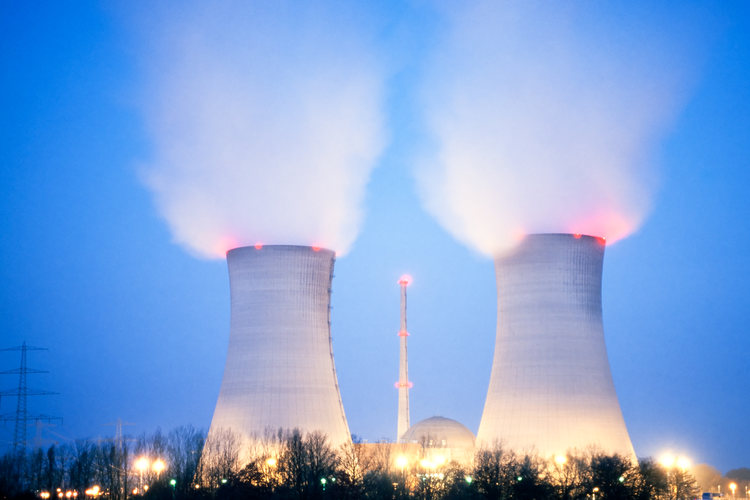 Authorities in Sweden have confirmed a rash of mysterious drone sightings that occurred near several nuclear facilities late last week.

The Swedish Police Authority says they have launched a nationwide investigation into the incidents, which occurred on Friday, January 14. Officials say they do not know who was responsible for the incursions so far, although spokespersons with the Swedish Police and Ministry of Defense called the events “extremely serious incidents.”

Law enforcement immediately responded to the area, and police spokesperson Petra Blomqvist confirmed that officers on the ground, and in a police helicopter, both visually confirmed an unidentified aircraft was operating near the Forsmark nuclear plant. Shortly after being spotted by police, the drone began to travel eastward before finally disappearing near the island of Gräsö.

“We saw the drone in place on the ground and in the air. Then we lost it. It is unclear what happened to it,” Blomqvist told the Swedish news outlet Aftonbladet. “There is no indication that it has dropped anything or landed.”

Around the same time as the sighting at Forsmark, police say similar unidentified drones were seen flying near several other Swedish nuclear facilities, including the Oskarshamn and Barsebäck nuclear power plants.

There were also additional reports of drone sightings near the Ringhals Nuclear Power Plant, located on Sweden’s west coast. The Swedish national public television outlet SVT posted a video captured by a passing motorist of an odd-looking bright light, reportedly flying near the Ringhals Nuclear Power Plant around 8:30 pm local time on January 14. According to SVT, around the same time that the video was captured, a security guard at Ringhals notified police he heard “what was perceived as a drone in the area.”

Law enforcement responded to the reports near Ringhals Power Plant on the ground and by helicopter. However, authorities said they were not able to locate any drones operating in the area at that time.

Mysterious incursions by drones and other sightings of unidentified aerial objects within protected airspace have become a topic of increasing international concern in recent years.

More than a dozen nuclear facilities in France were buzzed by unidentified airborne objects, assumed to be professional-grade drones, over a period of several months between late 2014 and early 2015. The identities of the parties responsible for the incursions remain unknown.

In the United States, there were more than 60 different incidents involving mysterious drone incursions at 24 different nuclear facilities from 2015 to 2019, according to a September 2020 report by Forbes.

At the same time that French nuclear facilities were facing mysterious drone incursions in 2014 and 2015, U.S. Naval Aviators say they were frequently encountering what the Pentagon has characterized as unidentified aerial phenomena (UAP) along the eastern coast of the United States.

In a report released in June 2021, The Office of the Director of National Intelligence said there had been 144 UAP incidents reported by the U.S. military between 2004 to 2021. Of those reports, 143 incidents still remained unexplained.

Senior military officials tell The Debrief that as recently as November 2021, Marine pilots with Marine Attack Squadron 542 (VMA-542) reported encounters with UAP off the east coast near Cherry Point, North Carolina, suggesting encounters with unexplained aircraft continue to be an ongoing issue for the U.S. military.

A Congressionally mandated office has now been set up at the Pentagon to investigate DoD encounters with unidentified aerial phenomena.

Authorities in Sweden have not released any information on what type of drones might have been used to fly over these highly-protected airspaces last week. Local media reports quoted police as saying the drones “must have been of a larger model” to withstand strong winds in the area during the time of the sightings. According to Weather Underground, wind speeds were approximately 26 mph, with gusts as high as 43 mph, along the eastern Swedish coast.

The mysterious drone sightings came a day after the Swedish Ministry of Defense announced it was increasing its military visibility on the Baltic Sea island of Gotland in response to Russian landing craft seen operating in the Baltic. Sweden is not a member of the North Atlantic Trade Organization (NATO) but maintains close ties to the military alliance, which has been on edge recently over threats of a Russian invasion of Ukraine.

Police officials have declined to comment further on the ongoing investigation, outside of acknowledging that the sightings remain a mystery as of right now.

“We have no suspects at the moment for this, and I also have no indications of who or what could be suspects right now,” said police spokesperson Petra Blomqvist.