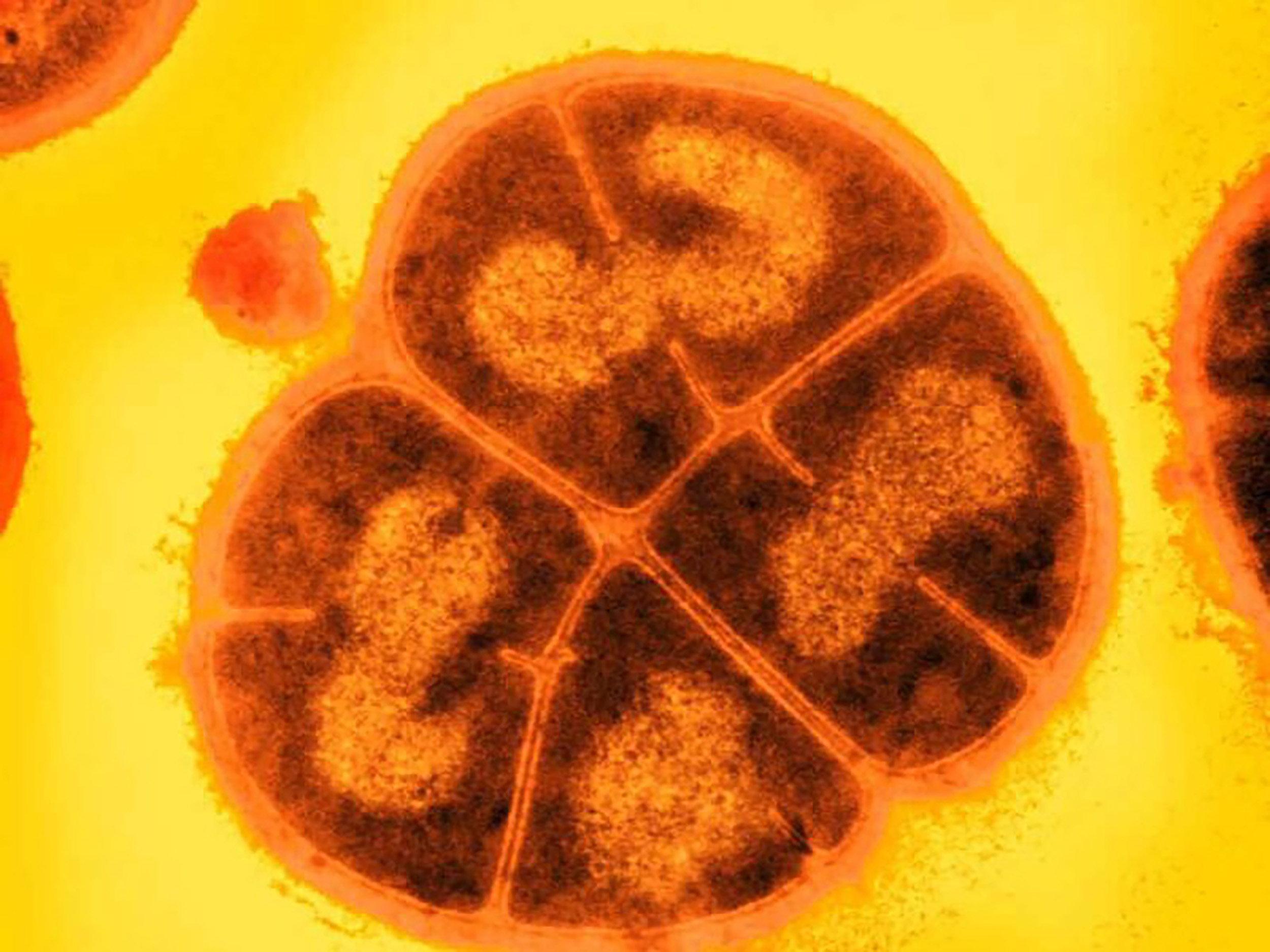 Researchers have shown that a particularly hearty strain of bacteria nicknamed “Conan the Bacterium” could survive buried on Mars for 280 million years. Previous studies indicated that Deinococcus radiodurans could survive the harsh ionizing radiation battering the surface of Mars for as many as 1 million years by hiding under the protective Marian soil. This study shatters that previous record, dramatically increasing the chances that microscopic life forms could still be alive beneath the red planet’s surface.

The researchers also note that their findings could significantly impact preparations for the potential contamination of Mars by Earth-origin life forms and the contamination of Earth by Martian life forms. Both are serious considerations for NASA, including the recent appointment of a new Planetary Protection Officer.

Searching for Martian Life Past and Present

Since NASA’s first Viking landers, scientists have been searching Mars for signs of life. Some members of those initial experiments still believe they discovered living microscopic life forms way back in 1976, even though follow-up tests were unable to confirm their tantalizing signal.

In the decades since, researchers have learned much more about the harsh radiation and arid conditions on present-day Mars, as well as the likely wet and more temperate eras in the planet’s past, shifting the hunt away from currently living organisms and toward signs of ancient life. If confirmed, this latest research may shift the pendulum back from hunting for ancient Martian fossils to looking for bacteria or other microscopic life forms still living beneath the Martian soil.

The new study’s press release says, “When Mars’ first samples return to Earth, scientists should be on the lookout for ancient sleeping bacteria.”

Led by Michael Daly, a professor of pathology at Uniformed Services University of the Health Sciences (USU) and member of the National Academies’ Committee on Planetary Protection, the new study looked at how the harsh radiation and arid environment on Mars’s surface affect the survivability of dormant bacteria.

“There is no flowing water or significant water in the Martian atmosphere, so cells and spores would dry out,” said research team co-leader Brian Hoffman, a Professor of Chemistry from Northwestern University. “It also is known that the surface temperature on Mars is roughly similar to dry ice, so it is indeed deeply frozen.”

To mirror these conditions (-80 degrees Fahrenheit) in their lab, the researchers recreated Mars’ surface’s cold and dry conditions.

Next, the team placed six different microscopic life forms, a collection of fungi and bacteria, in their simulated Mars and subjected these carefully selected life forms to blasts of either gamma rays or protons, simulating the ionizing cosmic radiation and solar protons that regularly slam into the red planet’s surface. By adjusting the intensity, researchers were able to simulate the volume of radiation these microorganisms would encounter at three levels: on Mars’s surface, at a depth of 10cm, and finally, at a depth of 10 meters.

Unsurprisingly, the surface survival rates were measured in minutes or hours, confirming that even Earth’s hardiest organisms couldn’t live for very long on Mars. However, burying one particular dried-out bacteria, a strain nicknamed Conan the bacterium for its hardiness, beneath the Martian soil dramatically changed the results.

In fact, simply reducing the radiation levels to simulate bacteria shielded beneath 10cm of soil extended their ability to absorb radiation and still survive from hours to a staggering 1.2 million years. Furthermore, simulating burying these bacteria 10 meters below the surface upped their survivability to a whopping 280 million years. According to the researchers, this means that if life ever did exist on Mars, we may still find some of its living remnants today.

“Although D. radiodurans buried in the Martian subsurface could not survive dormant for the estimated 2 to 2.5 billion years since flowing water disappeared on Mars, such Martian environments are regularly altered and melted by meteorite impacts,” explained Daly. “We suggest that periodic melting could allow intermittent repopulation and dispersal.”

Daly went even further, pointing out that even if these intermittent repopulations did not occur and no bacteria have survived to the present day, there could still be significant evidence of ancient life on Mars.

“If Martian life ever existed, even if viable lifeforms are not now present on Mars, their macromolecules and viruses would survive much, much longer,” he said. “That strengthens the probability that, if life ever evolved on Mars, this will be revealed in future missions.”

With results published in the journal Astrobiology, the researchers behind the new study say their findings have two significant implications. First, as noted, this may dramatically alter future missions searching for ancient signs of life and instead refocus efforts towards finding signs of organisms currently living beneath Mars’ surface.

Second, and perhaps even more significant, simply demonstrating that Earth organisms could survive for hundreds of millions of years on Mars if brought there by human astronauts should inform efforts to prevent contamination of Mars by Earth’s microbes, and vice versa.

Professor Hoffman expanded on the significance of this point, including the likely long-lived nature of such cross-contamination.

“We concluded that terrestrial contamination on Mars would essentially be permanent — over timeframes of thousands of years. This could complicate scientific efforts to look for Martian life,” said Hoffman. “Likewise, if microbes evolved on Mars, they could be capable of surviving until present day. That means returning Mars samples could contaminate Earth.”

Sounds like the beginning of a really fun (or really scary) science fiction movie.