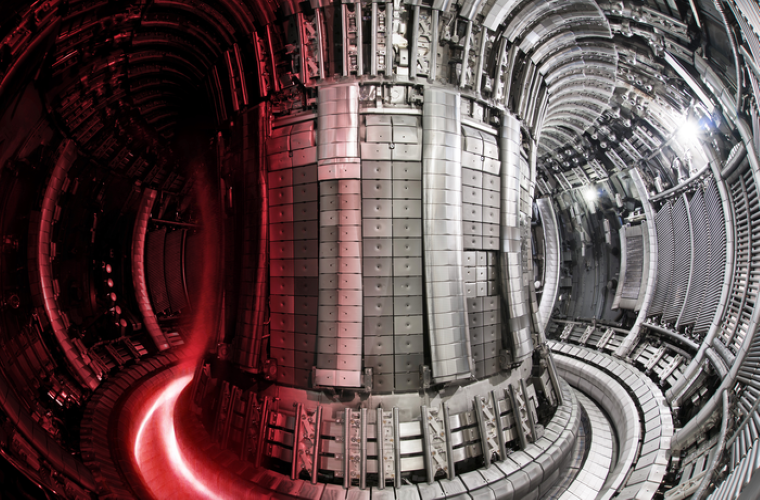 Researchers operating the Joint European Torus (JET) fusion reactor in the U.K. have produced the most significant energy output from any fusion reactor to date, using the exact type of fuel used by the sun. Furthermore, the team behind the historic achievement notes that this combination of fuel and output sets the stage for the significantly larger ITER fusion reactor experiments. Many expect those reactions to break through the fusion energy “over-unity” barrier (where the reactor’s energy output exceeds energy input) sometime this decade.

THE ELUSIVE QUEST FOR FUSION ENERGY

The Debrief recently reported on a few critical breakthroughs in fusion energy research, including huge strides made by Chinese researchers. Of course, none expect these projects to reach over-unity, but instead are mostly doing the groundwork that will one day lead to a fully viable over-unity fusion reactor that produces abundant, clean, cheap energy.

Most researchers feel that humanity’s best chance (at least in the short term) of reaching that increasingly elusive goal is the multi-billion dollar, a multi-country effort known as ITER. Situated in the south of France, ITER is the largest, most complex, and most expensive undertaking in fusion energy research.

Now, the JET team has announced a critical breakthrough that is specifically designed to mimic the conditions of ITER, including its lining and sun-mimicking fuel, so their work can directly translate to the international effort.

“To bring the JET experiment as close as possible to future ITER conditions, the previous carbon lining of the plasma vessel was replaced by a mixture of beryllium and tungsten, as is also planned for ITER, between 2009 and 2011,” the press release explains. “The metal tungsten is more resistant than carbon, which, moreover, stores too much hydrogen.”

The team was also able to create their record-breaking reaction using a combination of the hydrogen isotopes deuterium and tritium. This combination is the same fuel used by the sun, and JET is the only reactor currently in operation that can employ this fuel.

“The current experiments demonstrate the successes of the researchers,” the press release explains. “At temperatures ten times higher than those at the center of the sun, record levels of generated fusion energy have been achieved.”

Specifically, the reaction produced a total of 59 megajoules of energy. That result bested the same reactor’s 1997 record output of 22 megajoules. This result is particularly significant as the JET reactor is currently the only reactor that uses the same lining and fuel ITER will employ.

“In the latest experiments, we wanted to prove that we could create significantly more energy even under ITER-like conditions,” explained IPP physicist Dr. Kappatou in the release.

The first actual experiments at ITER are not expected to occur before 2025, but the success of the JET team lays the groundwork needed to make that project a success, maybe even one that produces more energy than it consumes.

“The latest experiments at JET are an important step toward ITER,” said Professor Sibylle Günter, Scientific Director of the Max Planck Institute for Plasma Physics. “What we have learned in the past months will make it easier for us to plan experiments with fusion plasmas that generate much more energy than is needed to heat them.”

Let’s just hope it comes in time to save us from ourselves.