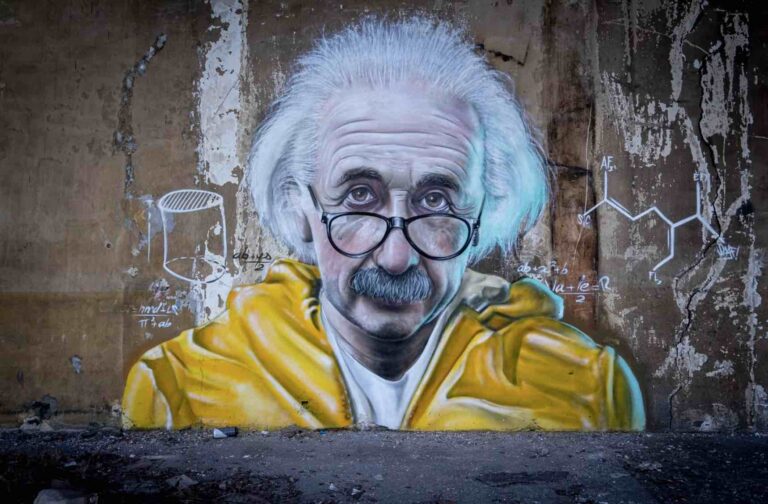 General Relativity Instead of Modified Gravity

In November 1915, Albert Einstein formulated the equations of his new theory of gravity, the General Theory of Relativity. In this theory, “spacetime tells matter how to move; matter tells spacetime how to curve”, as John Wheeler noted decades later.  One fundamental outcome of Einstein’s equations was gravitational redshift, stemming from the prediction that clocks tick more slowly in a gravitational potential.

Since it is possible to measure time using the wave period of light, the inverse of that period – the frequency of light, decreases in a gravitational potential relative to a distant observer. Another way to view this effect is that particles of light, photons, need to climb out of the gravitational potential well on their way to the observer and therefore lose energy. According to quantum mechanics, the energy of a photon is Planck’s constant times its frequency, and so photon frequency decreases on the way out. The decrease in frequency is equivalent to a lengthening of the photon wavelength, or a shift in its color towards the red, hence the term “gravitational redshift”. In the limit of a weak gravitational field, the fractional shift in wavelength from an object of mass M and radius R is -(GM/Rc2), where G is Newton’s constant and c is the speed of light. For the Sun, this is equivalent to the Doppler shift from an emitter moving at a speed of 0.64 kilometers per second away from the observer.

The gravitational redshift effect was first confirmed in 1959 by Robert Pound and his graduate student Glen Rebka, who measured the opposite change in the wavelength of gamma-rays emitted from the top and detected in the attic of the Jefferson Laboratory tower within the Physics department building at Harvard University.  A few months ago, the same phenomenon was measured on the scale of a single millimeter in a spectacular demonstration of the ever-improving precision of atomic clocks.  Gravitational redshift was also detected on the surface of compact stars, such as white dwarfs– the relics of common stars like the Sun, and neutron stars – the relics of stars that are at least eight times more massive than the Sun.

In January 2022, a team of astronomers published a paper analyzing the kinematics of pairs of stars with wide separations of up to thousands of times larger than the distance of the Earth from the Sun. The data came from the state-of-the-art Gaia satellite mission to create a three-dimensional map of our Milky-Way galaxy through unprecedented positioning and Doppler velocity measurements for billions of stars. The Gaia eDR3 catalog, which became available recently, was used in the new paper to select wide pairs of bound stars with strict data cuts on minimum signal-to-noise ratio and maximum Doppler velocity difference between the pairs of stars.

For pair separations below 2,000 times the Earth-Sun distance, the results showed the expected Newtonian behavior of the velocity difference on the sky between the pair members scaling in proportion to the square root of the ratio between total mass divided by the pair separation. But at wider separations, the data showed a separation-independent difference in angular motion on the sky between the stars in each pair of about 0.5 kilometers per second that scales weakly with binary mass, roughly as M0.2.

The study suggested that this behavior is reminiscent of the flat rotation curves of galaxies. Indeed, the dynamics of galaxies are known to imply that at low accelerations there is a need for either missing dark matter or modified gravity. But the authors of the new paper also noted that the results are at odds with the predictions of a forty-year-old conjecture, labeled Modified Newtonian Dynamics or in short MOND, where the “external field effect” exerted by the Milky-Way on the wide binaries, would imply only small deviations from Newtonian dynamics. In other words, the authors suggested that gravity is modified in a new way because the data deviated from MOND’s expectations and because dark matter is unlikely to play a role on the scale of these pairs of stars.

Shortly after reading this paper, I realized that the reported results match expectations from the gravitational redshift effect on the surfaces of these stars. I published these expectations in a 2014 paper, but as common in the scientific literature – this publication was largely ignored. My 2014 paper showed that different sun-like stars separated by more than 2,000 times the Earth-Sun distance could have a gravitational redshift difference due to their distinct compactness that causes wavelength shifts larger than the Doppler effect from their mutual motion as a gravitationally bound system.

Within a few hours, I wrote a short paper suggesting that gravitational redshift introduced a bias to the Doppler selection of spurious unbound pairs of stars that were incorrectly identified as being gravitationally bound in the Gaia data set.  Selection for small differences in Doppler shifts between stars at wide separations on the sky will inevitably lead to the inclusion of unbound pairs which are observed to have small spectroscopic velocity difference between their members just because their actual Doppler velocity difference happens to be compensated by the difference in gravitational redshift due to their distinct compactness. Because they are gravitationally unbound to each other, these wide pairs of stars with small spectroscopic differences would have proper motions on the sky that are larger than expected for gravitationally bound systems. On average in a large statistical sample, the excess motion in the sky would be on the same magnitude as the gravitational redshift – given a random geometric orientation of the velocity for each star.

My argument was supported by the agreement between the measured constant velocity offset of about 0.5 kilometers per second at large separations and its weak dependence on stellar mass, M0.2, as well as the agreement with the 2014 forecast for the transition separation of 2,000 times the Earth-Sun separation.

Altogether, it is humbling that analysis of state-of-the-art data from the Gaia satellite was interpreted as a subtle sign of modified gravity, when its proper interpretation relates to the theory Einstein formulated a century ago to describe gravity as we know it.