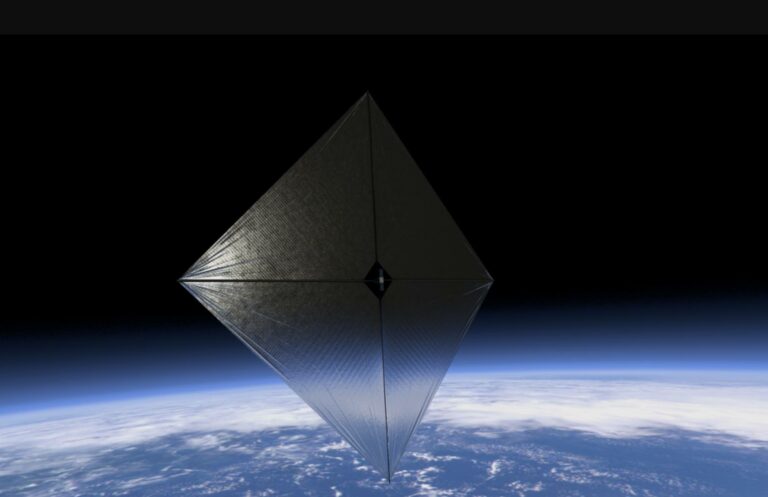 Kites ordinarily surf on wind, but could “galactic kites” also surf on light?

In a new paper, I show that the light emitted by the disk of stars in the Milky-Way galaxy can lift thin films of material above the disk mid-plane. The radiative force pushes the films away from the disk, just like the wind lifts a kite up in the air by overcoming the Earth’s gravity. For solid films thinner than a micrometer, the outward radiative push away from the Milky-Way disk exceeds the inward gravitational pull towards it. Sunlight would push such films out of the Solar system. The ratio between the Sun’s radiative push and gravitational pull is the same everywhere because both forces decline inversely with the square of the distance from the Sun.

Films thinner than a micrometer possess a cross-sectional area per unit mass that is ten thousand times larger than a cloud of free electrons and protons. Such films could be produced naturally by the coagulation of dust particles in the mid-plane of proto-planetary disks and later blown away from these planetary nurseries like dandelion seeds. But they could also be produced artificially by technological civilizations like ours. Either way, the population of these films will be elevated above the Milky-Way disk out to a height where it will be trapped by the gravitational potential of the dark matter halo.

As these films rise up above the Milky-Way disk like kites rising above the ground, they would encounter friction with the interstellar gas. I calculated that this friction will limit their drift speed upwards to that of a fast bullet, roughly two kilometers per second. After a few hundred million years, the dark-matter gravity will halt their rise at a height of a few thousand light years.

One way to infer the existence of a population of thin films is from the starlight they scatter. The New Horizons spacecraftis currently more than fifty times farther from the Sun than Earth is. Its onboard camera is now positioned to examine the darkest sky ever witnessed by a human-made observatory. Analysis of its latest data was used to measure the level of scattered starlight. This measurement sets an upper limit on the abundance of the films, implying that they carry only a small fraction of all the heavy elements in the interstellar medium.

But can we search directly for interstellar films? The Legacy Survey of Space and Time (LSST) on the Vera C. Rubin Observatory, will start operations in a year and could discover films thicker than a micrometer which are attracted by the Sun’s gravity and get close to Earth. Such objects would be detectable through their reflection of sunlight as they pass near the Sun.

The first reported interstellar object, `Oumuamua, could have been an example from such a population, since its light curve implied that it is likely flat and it exhibited an excess push away from the Sun with no rocket effect from cometary evaporation, consistent with a thin object being pushed by reflecting sunlight. The Galileo Project aims to design a space mission that will rendezvous with the next `Oumuamua, after such an object is identified by the “dating app” of LSST.

When I shared the draft of my new paper with my postdoctoral fellow, Morgan MacLeod, he was reminded of the ripped-up plastic bags that were flying around after a recent storm.

We already know that the interstellar medium is not clean since it contains dust. In the coming years, LSST might discover interstellar trash. After all, there is no legal authority that forbids throwing trash out of an inhabited planetary system into interstellar space. Some people throw plastic bags out of a speeding car with the hope that the wind will carry them far from sight.

Similarly, careless civilizations might dispose plastic bags while orbiting with their star around the Galactic center at 250 kilometers per second, with the hope that the films will be carried away by starlight into the Galactic halo by the time they return to the same location over a Galactic rotation period of hundreds of millions of years.

If that is common practice, the Galactic halo could have become the waste repository of Milky-Way civilizations. In that case, the halo hosts trash made of ordinary matter in the gravitational wastebasket of the dark matter. If LSST will identify trash in the Solar system, our cosmic responsibility for a cleaner environment would suggest that we venture into space with a broom.

Here’s hoping that they are some Milky-Way environmentalists out there who have already started to clean our cosmic neighborhood.