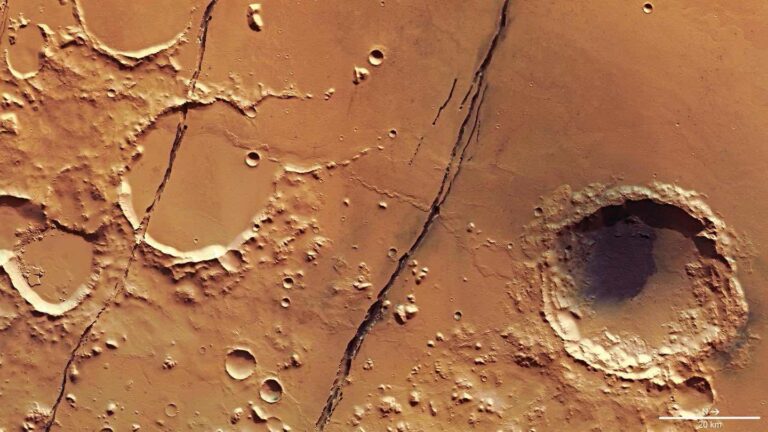 While NASA’s Perseverance rover is carrying out its mission in search of life on Mars, new research has suggested that the Red Planet may still be volcanically active, according to a recent paper.

According to the research, conducted by scientists with the Lunar and Planetary Laboratory at the University of Arizona in Tucson, Arizona, while volcanic activity peaked on the planet in the distant past, there is good evidence that it may have continued until recently, although “in isolated locales.”

The researchers present evidence of what they describe as a fine-grained unit that appears to be consistent with windblown deposits, which they believe “may be the youngest volcanic deposit yet documented on Mars.”

The area in question also possesses a number of unique features that include a low degree of reflectiveness (albedo), as well as rich mineral concentrations that include calcium and pyroxene, which the team says is “distributed symmetrically around a segment of the Cerberus Fossae fissure system in Elysium Planitia.”

According to data from NASA, Elysium Planitia is a flat plain region possessing a smooth surface that is located north of the equator of Mars, which has made it optimal for past research efforts aimed at studying activities that may be occurring deep within the interior of Mars.

On account of these factors, Elysium Planitia was selected as the landing site for the Interior Exploration using Seismic Investigations, Geodesy and Heat Transport (InSight) mission, which the space agency says “seeks the fingerprints of the processes that formed the rocky planets of the solar system.”

The University of Arizona team’s research indicates that the area possesses features that they say resemble pyroclastic deposits—that is, areas where rock appears to have been deposited in the aftermath of volcanic activity—which have previously been discovered during past missions to the Moon and Mercury.

“Unlike previously documented lava flows in Elysium Planitia, this feature is morphologically consistent with a fissure-fed pyroclastic deposit,” the study’s authors say, noting that the overall thickness and volume estimates for the areas on Mars “are consistent with tephra deposits on Earth.”

By analyzing the geological strata in the region, the researchers were also able to determine that the age of soil deposits they studied appeared to be younger than nearby volcanic plains.

“This young age implies that if this deposit is volcanic then the Cerberus Fossae region may not be extinct,” the authors of the paper say, adding that this is a good indication that “Mars may still be volcanically active.”

“This interpretation is consistent with the identification of seismicity in this region by the Interior Exploration using Seismic Investigations, Geodesy, and Heat Transport (InSight) lander,” the researchers say, noting that such discoveries may even boast future potential for astro-biological studies the likes of which are currently being carried out by Perseverance.