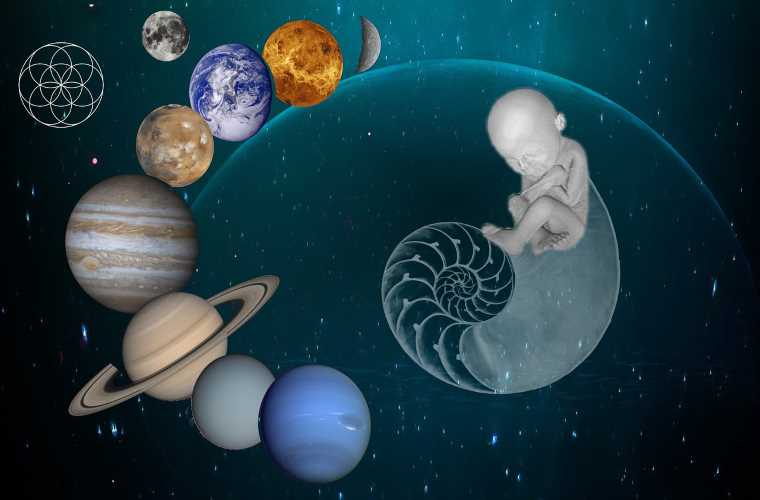 Origins of Life on Earth May Be Extraterrestrial After All

Researchers have shown that amino acids can form peptides–the building blocks of life–in space, potentially explaining the origin of life. Previous theories proposed that amino acids carried aboard comets and meteors seeded Earth early in its formation. Then the conversion of those acids into peptides happened after their arrival, not before. This new research challenges that notion, claiming that this conversion can occur in space.

THE ORIGIN OF LIFE IS A FUNDAMENTAL QUESTION

How did life begin? It is among the most fundamental questions posed throughout human history by religious scholars, philosophers, and scientists alike. But as of 2022, there is no consensus answer.

For scientists, the pursuit has primarily focused on the origin of single-celled organisms that, based on fossil records, seemed to have shown up a few hundred million years after the planet’s formation. That’s mainly because these original single-celled organisms appeared to have laid the foundation for the natural selection-based evolutionary process that resulted in the wide range of complex life forms we see today. Still, the question of how those very first organisms sparked into life remains unanswered.

Now, a team of researchers from Friedrich Schiller University Jena and the Max Planck Institute for Astronomy has shown that amino acids can form into more complex peptides, a key component of life, in the harsh conditions of space.

According to the press release announcing the new research, “Amino acids, nucleobases and various sugars found in meteoroids, for example, show that {their} origin could be extraterrestrial in nature. However, for a peptide to be formed from individual amino acid molecules, very special conditions are required that were previously assumed to be more likely to exist on Earth.”

Until now, those conditions typically included the presence of water, primarily because each time a base amino acid combines with another to form a peptide chain, a water molecule must be removed.

“Water plays an important role in the conventional way in which peptides are created,” explained Dr. Serge Krasnokutski from the Laboratory Astrophysics and Cluster Physics Group of the institute. “Our quantum chemical calculations have now shown that the amino acid glycine can be formed through a chemical precursor – called an amino ketene – combining with a water molecule. Put simply: in this case, water must be added for the first reaction step, and water must be removed for the second.”

This contradicting set of circumstances forced the researchers to look at the origin of peptides in an entirely different and shockingly more straightforward way, removing one of the two steps and water from the process altogether.

“Instead of taking the chemical detour in which amino acids are formed, we wanted to find out whether amino ketene molecules could not be formed instead and combine directly to form peptides,” said Krasnokutski. “And we did this under the conditions that prevail in cosmic molecular clouds, that is to say on dust particles in a vacuum, where the corresponding chemicals are present in abundance: carbon, ammonia, and carbon monoxide.”

To test this hypothesis, the team employed an ultra-high vacuum chamber, which would let them simulate the environment of space by dropping it to about one quadrillionth normal air pressure and minus 263 degrees Celsius. Inside the chamber, they placed artificial substrates that served as models of dust particles like those found in interstellar space. When researchers introduced the carbon, ammonia, and carbon monoxide molecules onto the simulated dust particle surfaces, they witnessed the one-step conversion from individual glycine amino acids to the peptide chain polyglycine. And all without the introduction of water.

“Investigations showed that under these conditions, the peptide polyglycine was formed from the simple chemicals,” Krasnokutski says. “These are therefore chains of the very simple amino acid glycine.”

“And we observed different lengths,” added Krasnokutski regarding the complexity of the peptides seen in their experiments. “The longest specimens consisted of eleven units of the amino acid.”

According to the research team, the success of this waterless, one-step conversion is based primarily on one “extremely reactive” amino acid; amino ketene.

“The fact that the reaction can take place at such low temperatures at all is due to the amino ketene molecules being extremely reactive,” said Krasnokutski. “They combine with each other in an effective polymerisation. The product of this is polyglycine.”

The researchers say they found it surprising that this polymerization of amino ketene could happen under such extreme, space-like conditions, primarily because of the energy barrier this conversion has to overcome. However, they now suspect something may be happening on a very small scale, a phenomenon known as quantum tunneling that is helping the amino acid essentially side-step that energy barrier and form actual peptide chains.

“It may be that we are helped in this by a special effect of quantum mechanics,” said Krasnokutski. “In this special reaction step, a hydrogen atom changes its place. However, it is so small that, as a quantum particle, it could not overcome the barrier but was simply able to cross it, so to speak, through the tunneling effect.”

COSMIC CONDITIONS MAY BE THE TRUE ORIGIN OF LIFE

Published in the journal Nature Astronomy, it is only one study. But if confirmed, the results show that amino acids likely didn’t need the conditions of early Earth to combine into complex molecules. Instead, those conditions may already exist within interstellar space, and early Earth merely needed to cool down (and settle down) enough for those building blocks of life to take hold. If true, it means the “origin of life” may still be an open question, but it also means there may be a new place to search for the answer.

“Now that it is clear that not only amino acids, but also peptide chains, can be created under cosmic conditions,” the press release concludes, “we may have to look not only to Earth but also more into space when researching the origin of life.”