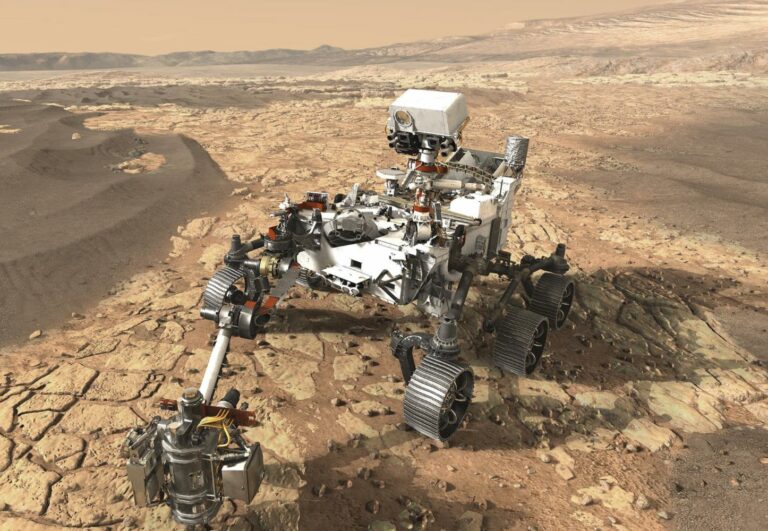 Completing its more than 300-million-mile journey, NASA’s Perseverance rover successfully landed on Mars on Thursday, marking another milestone for the American Space Agency and its ongoing studies of the Red Planet.

At 3:57 p.m. Eastern Time, mission controllers announced that touchdown had been confirmed, accompanied by much applause from the NASA team.

“Cheers erupted in mission control at NASA’s Jet Propulsion Laboratory as controllers confirmed that NASA’s Perseverance rover, with the Ingenuity Mars Helicopter attached to its belly, has touched down safely on Mars,” read a statement shortly after touchdown that appeared at NASA’s Mars 2020 Mission website. “Engineers are analyzing the data flowing back from the spacecraft.”

Perseverance’s seven-month journey is NASA’s ninth mission to Mars of its kind, in search of further answers about the planet’s history, and whether life could have thrived there in the past. Built by NASA’s Jet Propulsion Laboratory in Southern California, the nuclear-powered rover is roughly the size of a car, and carries its own on-board astrobiology lab.

Scientists know that Mars has gone through several wet periods, according to data obtained by the Curiosity and Opportunity missions. It is possible that billions of years ago, the Martian environment may also have been able to host life. During planning stages for its Mars 2020 Mission, the space agency selected Jezero Crater as the landing location for Perseverance on account of clay and mineral deposits there that show that water filled the crater at various periods in the past, making it a likely location to search for evidence of ancient life forms that might have been preserved in the ancient lake’s sediments.

Among the array of technologies Perseverance carried with it to Mars had been its “jet pack” or descent stage, designed to slow the rover’s descent while approaching Jezero Crater and executing the “sky crane” maneuver, which has successfully landed previous NASA rovers. Perseverance was also fitted with the most sophisticated laboratory ever sent to Mars, to aid in the study of the planet’s geology and possible biology.

Tagging along with Perseverance for the mission was Ingenuity, a small and extremely lightweight helicopter which marks the first time that a powered flying machine has ever been sent to another planet from Earth. In addition to the Mars 2020 rover’s primary mission, Ingenuity was designed to allow additional scouting and surveys of the surrounding region, which might help facilitate planning for future missions.

According to NASA, the entry, descent and landing (EDL) phase, also known as powered descent, relies on crucial timing and execution of hundreds of individual processes. About ten minutes prior to entering the Martian atmosphere, the cruise stage separated from the main aeroshell. The rover then separated from the parachute and backshell component once it reached approximately 6,900 feet above the surface, where the rover joined to the descent stage. Firing its engines, the descent stage is designed to slow the craft’s speed and stabilize as it approaches its landing site, before execution of the “skycrane” maneuver that NASA designed to place its rovers on the Martian surface.

Shortly after its successful landing in the Jezero crater, Perseverance broadcast its first images of Martian soil back to Earth, marking the beginning of its mission on the Red Planet to study the soil and regolith of its rocky terrain, and search for possible signs of life that might have existed there in the past, or which might possibly still persist there today.

In the weeks and months ahead, Perseverance will continue its mission and deliver valuable scientific data from Mars, which will help scientists learn more than ever before about our rocky red neighbor, all in advance of manned missions that will place humans there in the coming years.

Editorial Note: In the original version of this article, The Debrief reported that the Ingenuity Helicopter was the first flying machine sent to another planet from Earth. It has been pointed out that the Soviet Union sent a weather balloon to Venus in 1985 as part of their Vega Mission. The Debrief has corrected the article to state that Ingenuity is the first “powered” flying machine sent to another planet.