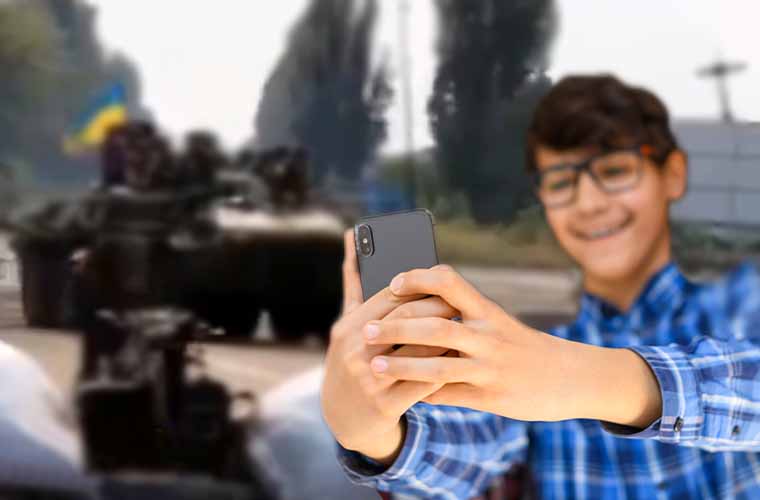 According to Ukrainian intelligence officials, the Russian military is using smartphone games geared toward children to help locate Ukrainian military and strategic installations.

To find virtual boxes, players are asked to follow routes through various towns and villages and take photos of the area, including military and critical infrastructure. The images, including geolocation data, are uploaded into the app’s database.

The data captured by the mobile app is then made accessible to an IT company SBU said was controlled by an unnamed Russian intelligence agency. SBU did not reveal the name of the smartphone game or IT Company, saying only that it was registered in a European country and distributes interactive platforms.

Russia has also been on the receiving end of mobile espionage during its invasion of Ukraine.

Western intelligence services and civilian vigilantes have used popular dating apps like Tinder or Grindr to gather troves of intelligence on Russian military activities. Russian soldiers looking for love have reportedly been duped into sharing the troop movements, order of battle, or dispositions of units and logistics.

In these instances, Russian soldiers shared sensitive information with what they thought were would-be suitors. The smartphone dating apps themselves were not explicitly designed for espionage.

In an incident reported by SBU, two teenagers were detained after they were caught photographing military checkpoints, grain elevators, and transportation routes in the Kirovohrad region. Both teens reportedly had the interactive application on their smartphones, where they intended to upload geotagged photos of sensitive sites.

The teens were additionally forwarding their virtual “finds” to third parties via Telegram, which SBU said could be connected to Russian intelligence.

“The SBU is acting comprehensively to block the enemy’s interference in electronic systems of official mobile applications and bring perpetrators to justice,” SBU said in a statement.

“The enemy is using Ukrainian children, unwittingly, without their knowledge, to gather intelligence on the location of strategically important entities.”