Herbivorous insects are the scourge of commercial farmers and backyard gardeners alike. Most toxic chemicals traditionally used to fight these pests are falling out of favor, only to be replaced by equally controversial genetically modified organisms (GMOs).

But what if scientists could capture the scent of these insects’ natural predators and use that smell to fill them with fear?

According to research presented at the American Chemical Society’s annual fall 2021 conference, a team of scientists has succeeded in capturing the pheromones of insects that prey on these crop killers, and successfully used the smell of that pheromone to scare them off.

“It is not uncommon to use our senses to avoid risky situations,” said Pennsylvania State University’s Sara Hermann, Ph.D., and the project’s principal investigator, in a press release announcing the research team’s results. “If a building was on fire, we as humans could use our senses of sight or smell to detect the threat.”

Aphids wreak havoc on a wide array of food crops but are increasingly resistant to a wide range of chemical insecticides. But according to the research team, when aphids smell the presence of their natural predator, the ladybug, it triggers a “fear” response, causing the frightened aphid to fly the other way. 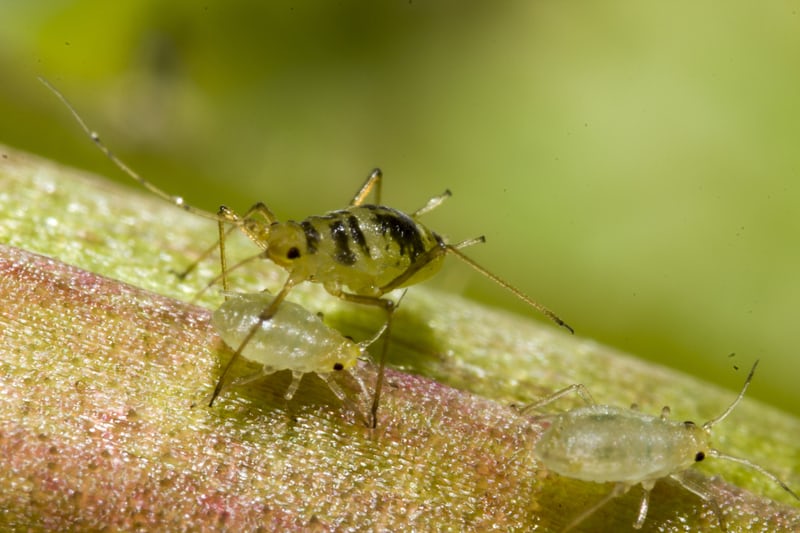 Furthermore, according to the research, exposure to the odors given off by ladybugs can also cause aphids to slow their reproduction rates and grow bigger wings, both of which are designed to help the insect avoid threats. This situation, said Hermann, motivated the ACS team to see if that process could be used as a chemical “scarecrow,” or what they termed “fear in a bottle.”

“Insects rely on olfactory cues to find food, mates, and places to live,” said Jessica Kansman, Ph.D., a postdoctoral researcher at Penn St. and part of Dr. Hermann’s team, “so this is a great opportunity to investigate how to use these smells to manipulate their behavior.”

Analysis: The Smell of Fear

To test their hypothesis, Hermann and Kansman used a gas chromatograph-mass spectrometer to identify the odor profile of living ladybugs, then separated those smells into individual chemical components. Next, they hooked up the antennae of live aphids to an electroantennogram (EAG) machine and exposed them to the various ladybug smells. As hoped, the EAG machine allowed the team to zero in which smells had the strongest effect on the aphids.

Once these particular compounds were identified, Hermann and the research team mixed up a special blend of the most potent ones, which they say can be used in a common essential oil diffuser to spread the scent across a large field or backyard garden.

“There is evidence for such behavioral responses to risk across taxa that suggest prey organisms can detect predation threats,” said Hermann, “but the mechanisms for detection aren’t very well understood, especially with insects.”


Happiness is...not being addicted to cocaine. 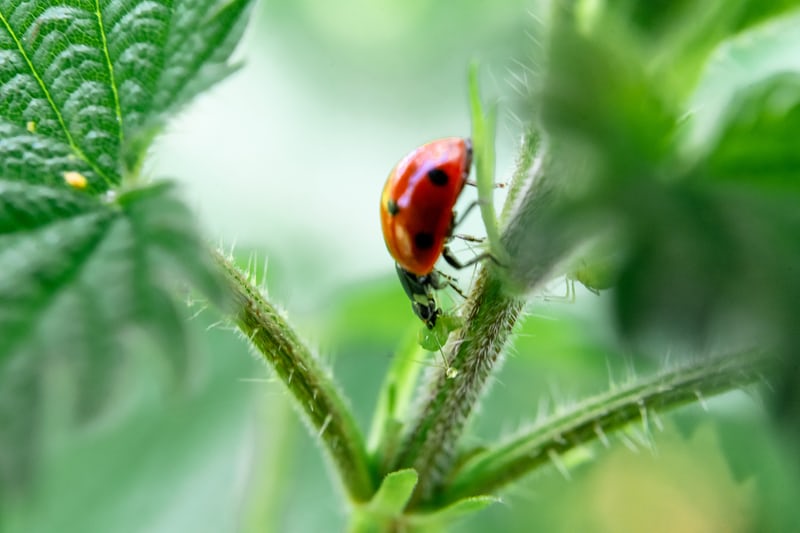 However, based on the team’s latest test results, Herman says that mechanism is finally revealing itself.

Outlook: Fear in a Bottle

As their next step, the researchers are looking to conduct field tests with their specialized “fear in a bottle” concoction to see if the effects on aphids in their natural environment match the reactions of aphids in lab conditions. The team also wants to find out what the actual dispersal area of their customized diffusers is, and if this type of approach will work with other pest/predator combinations.

The team has also indicated that their work is garnering attention from at least one manufacturing company, with whom they hope to work to design a commercially available model of this new “fear” diffuser. Ultimately, in the coming years, this new technology may also provide a safe new method for commercial farmers and backyard gardeners alike to ensure the protection of their crops against unwelcome insects.