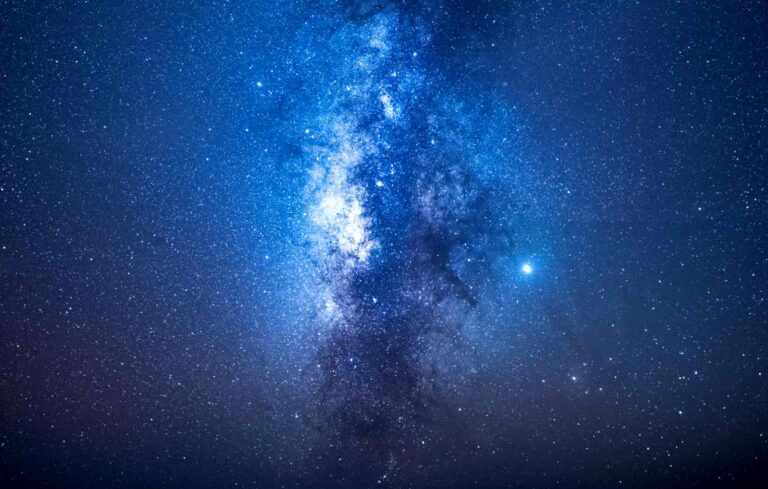 Something is Producing Radio Waves in the Heart of the Milky Way, and it Has Astronomers Baffled

Unusual radio signals detected by astronomers in recent days point to the possibility of a hidden stellar object, which may be lurking undiscovered somewhere near the center of the Milky Way, according to new research.

The radio waves were first detected by a group of international researchers, who quickly realized the signals were not of the common variety and appeared to convey an object whose luminosity seems to rise and fall in dramatic sweeps, almost like the flashing of a great cosmic beacon.

Ziteng Wang, who is the lead author of a recent paper examining the mysterious space signals, says the most unusual thing about the object believed to be producing them is its polarization.

“This means [the object’s] light oscillates in only one direction,” Wang recently said, noting that the object’s direction also “rotates with time.”

In short, it has left Wang and his colleagues baffled.

“We’ve never seen anything like it,” Wang said in a statement.

Wang, a doctoral candidate at the University of Sydney’s school of physics, says he and his colleagues initially thought they had identified the mysterious source behind the oscillations as a pulsar, a kind of neutron star whose rotations cause it to produce pulses released in the form of electromagnetic radiation.

Solar flares are also among the varieties of energy they release, although Wang and his team discount this as a source for the observed radio waves because they don’t match the behavior of stars that are known to produce such emissions due to solar flares.

The object, now called ASKAP J173608.2-321635, was named after the radio telescope which aided in its discovery, along with the coordinates in space where it was located. It marks one of the earliest successes in a project designed for just such a purpose: the discovery of as-yet-undiscovered space objects.

Tara Murphy, a professor with the Sydney Institute for Astronomy and Wang’s doctoral supervisor, called the discovery of ASKAP J173608.2-321635 “extraordinary,” citing its unique pulsations as a defining characteristic.

Last year, a total of six similar detections of radio waves from within the milky way occurred over just a nine-month period, although no visual observations were subsequently logged. It is believed that ASKAP J173608.2-321635 had been the likely source behind those earlier detections in 2020.

However, the rediscovery was short-lived, and according to Murphy, the emissions “disappeared in a single day, even though it had lasted for weeks in our previous ASKAP observations.”

Wang and his team’s research was recently published in The Astrophysical Journal.

As to what the source of the emissions produced by ASKAP J173608.2-321635 may actually be, Wang, Murphy, and their international group of researchers remain in the dark, although they hope that powerful new telescopes soon to be put into service may aid in resolving this cosmic mystery.