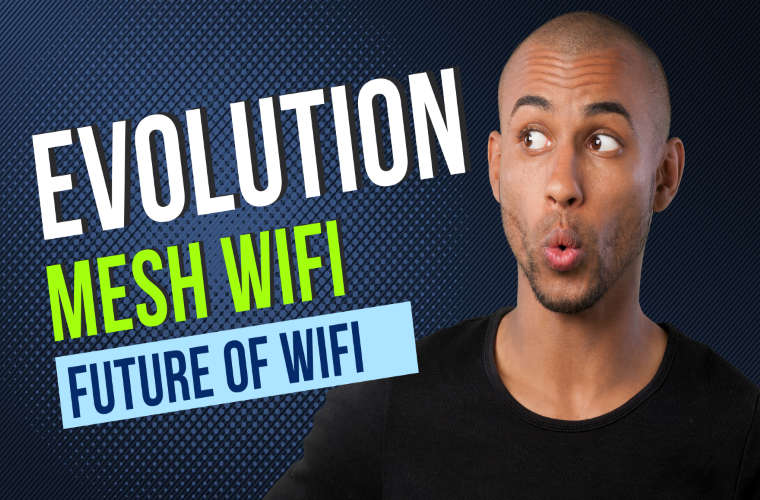 In the latest edition of The Debrief’s Tech Talk, our super cyber-critics Josh Rutledge and Stefan Gearhart take aim at a technology that has changed the world of Wi-Fi: the mesh.

The gregarious goofs start this landmark 400th episode by taking a look back at the long road they traveled to get here, highlighting the years of Debrief Tech Talk podcasting blood, sweat, and tears that lead up to this breakthrough episode. The guys then realize they have only done four of these so far, not 400, and look appropriately embarrassed. (Fortunately for Josh, this is more or less how he always looks, so it passed relatively painlessly. Stefan, not so much)

Next, Stefan explains his confusion between Wi-Fi mesh and the mesh used in hernia surgery. (To be honest, I watched this whole episode and am not sure there is a difference). We also learn about Stefan’s tragic childhood, which involved a divorce and a cell phone in a car that had free long distance so he could call his mother. Be ready to cry a little.

To explain what mesh Wi-Fi is, the guys first try to differentiate it from 5G. This conversation results in some jokes about 5G that are bad enough when heard, so I won’t write them out. Don’t say I didn’t warn you. This is followed by a more serious segment, wherein our obsequious online orators delve into the signal-loss issues around Wi-Fi and the technologies like range extenders or repeaters that have been employed to combat them.

“If you wanted to get online, you had to connect to that thing (repeater) instead of your routers,” explains Rutledge between oversized bites of what looked like sarsaparilla-flavored beef jerky. “So, like, your router might be called Linksys 1, and your repeater might be called Linksys 2. So, if you’re in the living room, you connected to Linksys 2. But if you were in your bedroom, you connected to Linksys 1.”

“Man, you are sending me down Memory Lane, Josh,” interjected Gearhart, beforee gangsta-chugging an entire yard of home-brewed ginger beer with one arm tied behind his back. “I forgot all about that stuff, man.”

As the show moves on, Josh takes the viewer on a virtual tour of a graphic house, explaining how Wi-Fi mesh solves the signal access problem. For instance, you get to see things like this:

During this highly entertaining virtual tour, you will learn about how you don’t need to be in the range of your primary modem for your Wi-Fi to work if you have mesh. You will also learn how a mesh network is like getting your house toilet papered. Seriously. They make that comparison.

“You’re starting to see more of that in hotels now, too,” Rutledge explains of emerging Wi-Fi mesh applications.

“Now that makes sense,” replies Gearhart, “because, if you remember not long ago, there would be like four or five signals in a hotel, and you had to pick the one you were closest to. But now it’s all just one big signal.”

This technology is also in hospitals, explains Rutledge. Exactly what the two Debrief Tech talk guys are doing, spending so much time in hospitals and hotels, remains unexplained.

In the next segment, our prolific podologists chronicle the evolution of mesh from the basic cell phone networks of the 1980s to the sophisticated satellite networks we see today. Plus, offering a rare look at Josh and Stefan’s complete lack of understanding of biology or science, they explain how this evolution mirrors the selective breeding process used by animal breeders. If you are a scientist, you must catch this part. It is the funniest thing you will hear all year, I promise.

As happens in every episode, the pair instantly redeem themselves with some heavy metaphysical insights that would make Siddartha Buddha proud. For example, when discussing the nuances of Wi-Fi mesh and its myriad applications in the 21st century, Josh drops the following gem: “I really think mesh Wi-Fi is going to be a significant thing for us in the future.”

As the show moves forward, the viewer will also have the opportunity to hear Josh humble-brag about the one-acre yard at his old house that was so big he needed multiple Wi-Fi repeaters just so he could listen to music while lording over his domain. This discussion ends with an even bigger humble brag about his new house in Arizona, where he is installing mesh so he can have Wi-Fi out by the pool.

Moments later, Stefan explains how many technological advances we see in our everyday lives actually come from the military. Wow. I had no idea.

“Mesh networking is currently the gold standard for home internet,” Josh opines at one point, finally explaining why this episode exists in the first place. He also shares a fun anecdote about how at one point in time, his grandfather still had an AOL dial-up and had to disconnect from the internet to get a fax. Unfortunately, the duo gives no clear indication of how far back in time this story occurred, so for all we know, Josh’s grandfather was one of the first users of AOL and was actually a pioneer.

Josh then talks about his grandparents’ farm in Shelby County, Kentucky, including how it was going to cost $100,000 to run a cable line to their farm because it was so remote. (Okay. Forget that part about him being an internet pioneer. Sorry)

“That’s a lot of tobacco to sell,” chuckles Gearhart, confirming once and for all that Rutledge’s family deals in the black death.

As the guys wrap up the benefits of Wi-Fi mesh, Stefan takes a side route to explain how Washington DC lobbyists and human greed are keeping us from living in a world like Star Trek.

“I don’t think we are anywhere near, as a society, to not have paid things,” replies Rutledge, bringing his partner back down from Rigel Five to 21st century Earth.

“I really think mesh Wi-Fi is gonna be the technology that really carries us into space,” Rutledge adds later, once again going for ‘poet of the year’ with his flowery takes. “It’ll keep communications instantaneous and fast, so if something happens on the moon, and we’re building things there, we can respond quickly.” (Okay. That was actually a good point. And it may have been Stefan who made it.)

So, to sum up this week’s episode of Tech Talk: the guys think Wi-Fi mesh is a good thing, technology evolves over time, the military invents stuff, $100,000 is a lot for cable, only a-holes don’t have swimming pools, and 5G would make for a good rap name. Oh, yeah, and Stefan has a ginger beer problem.

As happens every week, The Debrief’s Barons of Banter close the show with their mellifluous musings on an App they both claim to use. It’s a segment titled: ITS AN APP!!!!

In this episode, the featured App is “Find Starlink.” As the name implies, it is a fun app that lets you find “Starlink,” the cutest, fluffiest, most adorable Pokemon character since Pikachu first blasted its way into our hearts.

In truth, this App is an excellent tool for star gazers and UFO hunters alike. That’s because it shows when and where to see a Starlink satellite chain passing overhead. Witness a fleet of UFOs and want to make sure it wasn’t a Starlink? You can go back in time and check on this App. Want to sit next to your new pool in Arizona and scan the skies for UAPs while gobbling up beef jerky and bragging about your family’s death farm? This App will come in handy.

“Good if you are a skywatcher,” concludes Rutledge, “but it won’t really help you if you’re a wheel watcher.”

Corrections: Some of the facts in this story about the Tech talk’s fourth episode are inaccurate or have been deemed too irrelevant to confirm. For instance, the flavor of Josh’s beef jerky is unknown. Also, tobacco farmers are good people and not killers. Old people liking AOL is a stereotype, which is what makes it true. A “podologist” is not a thing. Hernia jokes are played out. The guys probably do understand science, but the breeding segment is still priceless.

Want more Stefan and Josh? Go to www.theconvergenceenigma.com and read stuff. Now watch the video, and then go to bed.