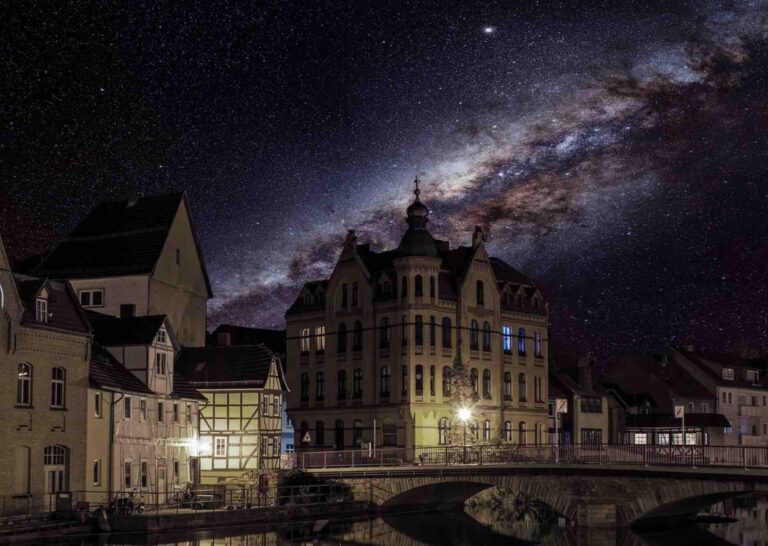 According to Einstein’s Theory of General Relativity, time is ticking more slowly in a gravitational potential well. This prediction was confirmed with an astounding precision in a paper published last week. Using a sample of ultra-cold strontium atoms, a team of experimentalists at the University of Colorado measured the gravitational time dilation produced by Earth’s gravity on the tiny scale of a single millimeter. Their result sets the record in fractional time measurement to better than one part in 1020, a fraction so tiny that it is similar to counting one Sun out of the total number of visible stars in the universe.

Speaking about the cosmos, there is more good news. We live in the gravitational potential well of the Milky Way galaxy. Therefore, we age more slowly than the cosmos at large. By how much? The depth of the Milky-Way well can be measured from the fastest stars near the Sun that are still bound to the Milky Way without escaping from its gravitational pull. These are observed to be moving at about five hundred kilometers per second, almost two parts in a thousand of the speed of light. The gravitational potential difference from the cosmic frame in our Galactic neighborhood equals the kinetic energy of these stars. It results in a time dilation of 1.3 parts per million. Over the typical lifespan of a human, 70-90 years, this amounts to an extra hour of life in the Milky Way relative to cosmic time. We are blessed to reside in the Milky Way and we better make good use of this extra hour in learning about the cosmos.

But there is better real estate to consider. Every kid knows that the universe is full of elementary particles but not everyone knows that it is also full of extremely fast stars, moving freely through space like fast fish in the ocean. These stars are ejected by gravitational slingshots, located at the focal point of galaxy mergers – where a pair of supermassive black holes coalesce by kicking stars out of the host galaxy like a batter hitting a series of home-run baseballs out of the park. As the black hole pair tightens, its orbital speed rises – providing a more forceful batting motion. Eventually, this process launches some stars up to the speed of light in accordance with Einstein’s Theory of Special Relativity, making them “relativistic”.

In collaboration with my former postdoc, James Guillochon, we calculated the abundance of free relativistic stars in the vast space between galaxies and the difficulties in detecting them at large distances. It must be thrilling to live on a planet around one of these ejected stars and to witness its trip through space. The journey starts at the center of the parent galaxy, continues through many points of interest out to the edge of the galaxy’s halo within a million years, and culminates in between galaxies for billions of years – passing by cosmological destinations that we can barely see through telescopes.

These relativistic stars represent the most attractive travel packages that intergalactic tourist agencies can offer. But they also provide health benefits. With travel near to the speed of light, the trip entails a perk of additional time dilation – slowing down the natural aging process of all relativistic travelers relative to family members and friends they left behind.

There is yet another way to launch stars from galactic centers at high speeds. A pair of bound stars passing close to a supermassive black hole can be separated by its gravitational tide. One of the stars is kicked closer to the black hole while the other is ejected at a high speed, as predicted theoretically by Jack Hills in 1988. This ejection process is the likely origin of the hypervelocity stars discovered in 2005 by Warren Brown and collaborators in the halo of the Milky Way. These hypervelocity stars move at up to two percent of the speed of light and potentially carry planets with them for the ride. Planets that are freed by the process constitute a population of hypervelocity planets, as theorized in a 2012 paper I wrote with my former student, Idan Ginsburg.

All in all, the supermassive black hole at the center of the Milky Way, SgrA*, offers a launching site for the fastest habitable platforms with the longest time dilation that nature offers for free. It would not be surprising if advanced technological civilizations chose to migrate towards the Galactic center for the same reason that astronauts and spectators flock to Cape Canaveral during rocket launches. With that perspective in mind, our telescopes should monitor ejection events of hypervelocity objects from the vicinity of SgrA*. We might notice celebratory fireworks from relatives of riders on a high-speed object, whenever a habitable planet is shot out of the Galactic center.