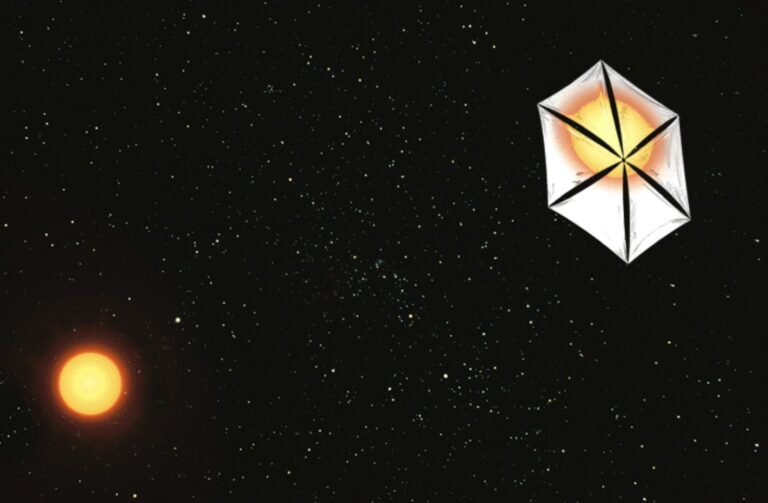 “Technological Selection” in the Race to Interstellar Space

Along our way to attend an astrophysics conference for my 60th birthday, we took a ferry ride from Cape Cod in Massachusetts. As the ferry sailed into the ocean, we noticed faster boats passing by.

It then occurred to me that all the spacecraft launched by humanity in its first century of space exploration travel at similar speeds of tens of kilometers per second. This speed limit is set by the sound speed of chemical propellants and the tyranny of the rocket equation, which asserts that the fuel mass must grow exponentially in order to elevate the terminal rocket speed further.

But imagine our second century in space exploration during which we might develop a faster propulsion method, like the light sail in the Starshot Initiative, where the payload does not carry the fuel with it and can in principle reach the speed of light.

The performance of our past rockets is not impressive. The five probes that NASA launched to interstellar space, namely Voyager 1, Voyager 2, Pioneer 10, Pioneer 11, and New Horizons, are still making their way through the Solar system. Over the past half century, they traversed less than a tenth of a percent of the distance to the nearest star. A light sail moving near the speed of light could surpass their distance a day after launch.

As they travel through the vast expanse of cosmic space and time, spacecraft launched during our next century could therefore outpace those from our past, like fast boats passing by a ferry.

An extraterrestrial civilization near another star would first encounter our more advanced propulsion systems and only later notice the slow-moving physical evidence about space exploration during our technological infancy. The situation resembles an archeological dig where objects representing ancient layers of history are often found behind more recent ones.

Those technologically-sophisticated probes that were manufactured at later times, are also more likely to stay functional over long travel time. Altogether, the fittest technological equipment survives best in interstellar space.

This principle sounds familiar from evolutionary biology, established when Charles Darwin coined the term “natural selection” to describe survival of the fittest after exploring the Galapagos Islands and writing his book “On The Origin of Species”.

There is no case for Darwinian natural selection across the ocean of interstellar space, since life probably formed independently in galactic islands of isolated planetary systems. Transfer of life between planetary systems, commonly labeled panspermia, is challenging by natural means because of the long journey time – lasting millions of years, the small probability of delivery, and the hazards posed to life in interstellar rocks by cosmic-ray sterilization.

And there is cause for optimism about our aspirations in space. Humans have, on balance, technologically selected more often the virtues of health, comfort, curiosity and joy than the dangers of mutual extinction. Yes, we manufacture weapons of destruction, but we manufacture many more phones, computers and bandages. Yes, externalities to our energy creation do threaten life on the planet, but as horrible as an externality is, it is still preferable over a deliberate intent. I remain optimistic that in the long run we are more likely to use nuclear energy for propulsion in interstellar space than for mutual annihilation on Earth.

We have terrestrially become ever more technologically selective. This is, perhaps, preparatory work to becoming adept in space, where technological selection rules.

From our vantage point, early attempts to reach interstellar destinations are of lesser significance than future efforts which would compensate for the time delay. It is reassuring that our most advanced ships will bring the flag of sophistication first to the attention of extraterrestrials. As our science and technology progress, our crafts could reach farther destinations.

The race through interstellar space may be more consequential than we imagine. Technological selection is competitive for a good reason. The surviving products of the most advanced technological cultures since the Big-Bang may seed the most prominent forms of life across our cosmic neighborhood.