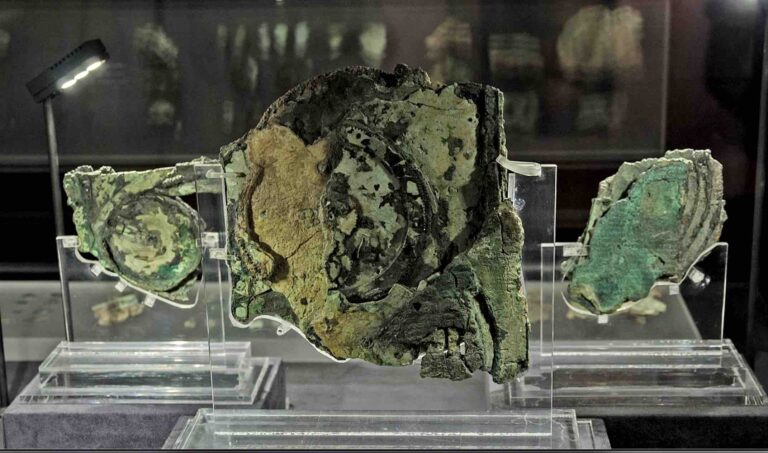 The Antikythera Mechanism Still Challenges Our Ideas About the Past


This ancient computer and other anachronisms from early times leave us with more questions than answers.

Researchers at University College London recently announced that they have digitally recreated the design of a 2,000-year-old mechanical device known as the Antikythera mechanism, which some believe may have been the world’s first computer.

The mechanism, composed of a highly sophisticated hand-powered gearbox, was thought to be used to accurately predict the motions of the five planets known to the Ancient Greeks who built it. The mechanism was so intricate in its conception and engineering that many scientists were baffled by it when it was recovered from a shipwreck in the Mediterranean Sea near the island after which it is named.

Often regarded as the world’s oldest known computer, nothing like it has been found before or since; in fact, the next recorded instance of technology even beginning to approach the sophistication of the Antikythera Mechanism occurred a millennia after the device was built. Covered in a green patina and corroded from the 2,000 years it spent in sea water, approximately 82 pieces that make up the mechanism have been recovered. The wooden box that once housed the mechanism was nearly entirely rotted away by the time scientists uncovered the artifact. But with its precise and deliberate bronze angles, two dozen or so clock-like gears, and even instructions inscribed on its components, archaeologists determined that what they were seeing was genuine: the Antikythera Mechanism is the world’s first known analogue computer.

The artifact was so intricate that only by around 2006 did advanced x-ray technology and other intensive examination of the mechanism finally give scientists an idea of what the device looked like when it was fully intact. Currently, archaeologists believe that the Antikythera Mechanism computed the movement of celestial bodies — the sun, moon, and planets — by calculating their movements in the sky. The mechanical calculations worked by way of numerous gears and dials, making it capable of accurately tracking lunar and solar eclipses. There was even a calendar function that counted down to large sporting events in Greece, such as the Olympics.

Despite how much is known about it today, the Mechanism still intrigues scientists for several reasons. One is that despite the amazing testament to ancient Greek sophistication that it provides, the next most recent appearance of any similar computing device on par with the Antikythera Mechanism didn’t appear until the 1600s in Europe. Why such a feat of technological capability surfaced with the Mechanism, and then seemingly vanished for 2,000 years is a mystery yet to be solved.

Debate remains over how ancient Greeks would have even built such a precise computing device without an existing level of knowledge behind the construction of such devices, let alone doing so without modern tools. If there were more than one of these devices built, the Greeks would likely have had to possess a sophisticated system for constructing such devices that is now entirely lost to history. On the other hand, if this mechanism was one of a kind, where did such knowledge come from, and why can’t we find any evidence of another technology approaching this level of advancement for the next two millennia?

The Antikythera Mechanism is changing our modern understanding of ancient Greek astronomy and technology, and causing scientists to question just how sophisticated the minds of ancient Greece were. Currently, scientists are working to decipher small, incomplete inscriptions inside the mechanism, and although it is still missing several gears and dials which complicate the unraveling of its existing mysteries, perhaps further clues may one day be salvaged from the bottom of the Mediterranean Sea.

The Lady of Elche

Although the Antikythera Mechanism is truly one of a kind, its discovery was not the only instance where an ancient object left scientists, archeologists, or historians wondering about how clear our understanding of human history may be. In 1897, in the small town of Elche in Andalusia, Spain, landscapers clearing land on a sprawling estate unearthed an artifact that would confound the archaeological world for over a century. A limestone polychrome bust of a lavishly dressed young woman, the sculpture bore resemblance to a Mediterranean goddess or priestess, possessing a piercing stare and regal features. Most significantly, she wore a large, elaborate headdress consisting of two coils, called rodetes, which framed her face similar to the hairstyle made famous by actress Carrie Fisher in her portrayal of Princess Leia in Star Wars.

Dubbed the Lady of Elche, the origins of this intricately crafted bust remain hotly debated. The mysterious figure is believed to have dated from around the 4th century BCE, and research in 2011 confirmed that the bust was used as a funerary urn, with traces of ash and human bone recovered from inside of it. That, however, is where any certainty about the Lady of Elche ends.

Despite being discovered in Spain, the Lady of Elche’s face displays a distinctly Hellenistic style, and experts argue the craftsmanship appears to have been influenced by ancient Greek artisanship. Nonetheless, her unusual garb and jewelry is unlike ancient Greek fashion and art of the time; if her origins were indeed Mediterranean, she probably hadn’t been a Greek goddess, nor a priestess of any kind.

Art historians and archaeologists on the case have questioned the identity of this woman the statue depicts, though one prevailing interpretation is that she represents the goddess Tanit of old Carthage, a deity associated with the sun and other celestial bodies. Currently the Lady of Elche is in Madrid’s Museum of Archaeology, a ghost from another place and time still unwilling to give up all her secrets.

The Quimbaya civilization of present-day Colombia was at its height from the 4th to 7th century CE. Noted for their gold mining and metalwork, key aspects of this pre-Colombian culture are still shrouded in mystery. Along the Otun River where the culture thrived until Christopher Columbus’ arrival, archaeologists have uncovered stone petroglyphs which appear to depict celestial bodies, identifiable as constellations and planets. Some of the symbols, however, remain a mystery, along with the era during which they were made. It was also here along the banks of the Otun River, as well as the Cauca and Magdalena Rivers, that another mystery of a very different kind originates.

The Quimbaya Artifacts are a trove of small gold objects that were discovered along the river. The artifacts are made of a gold and copper alloy called tumbaga, although what has propelled these artifacts into the spotlight is that several of the objects, while resembling various kinds of animals, also appear to be winged. More specifically, their precise triangular wings and streamlined design and decoration give them the appearance of being distinctly mechanical, rather than being any recognizable bird or insect. Their wings are set low, and the presence of vertical stabilizers give them the distinctive appearance of a modern flying machine, as though designed with aerodynamics in mind.

Is it possible that these artifacts may represent flying machines, or knowledge of them? In the past, the Quimbaya airplanes have been demonstrated as air worthy. In 1994, German aeronautical engineers Peter Belting and Conrad Lubbers created a large-scale version of one of the flying machines and fitted it with an engine. Radio-controlled, these models successfully flew, proving that the shape of the Quimbaya artifacts did conform to modern aerodynamic principles.

You Just Died. Is Your Digital Afterlife in Order?


What is the 'Digital Afterlife' and who looks after your data when you die?

The Metropolitan Museum of Art, which has displayed some of the objects in the past, has called the Quimbaya artifacts “puzzling” and concedes that there’s “little consensus” on the origins or purpose of these figures, which seem so convey objects familiar to modern eyes, and yet so out of place within their pre-Columbian context.

If nothing else, these precise and aerodynamic designs that translate into working airplanes are a testament to Quimbayan craftsmanship and, based on recent studies of their aerodynamic capabilities, perhaps even an understanding of aviation… despite the fact that we have no recorded instance of successful flight occurring in the world until nearly a millennium later.

If nothing else, unusual discoveries like these provide a glimpse at areas of humankind’s history that we have yet to fully unravel.

We love weird stuff that doesn’t make any sense. Artifacts. UFOs. Technology that blows our minds. You got tips and ideas? Let us know! Email us at tips@thedebrief.org 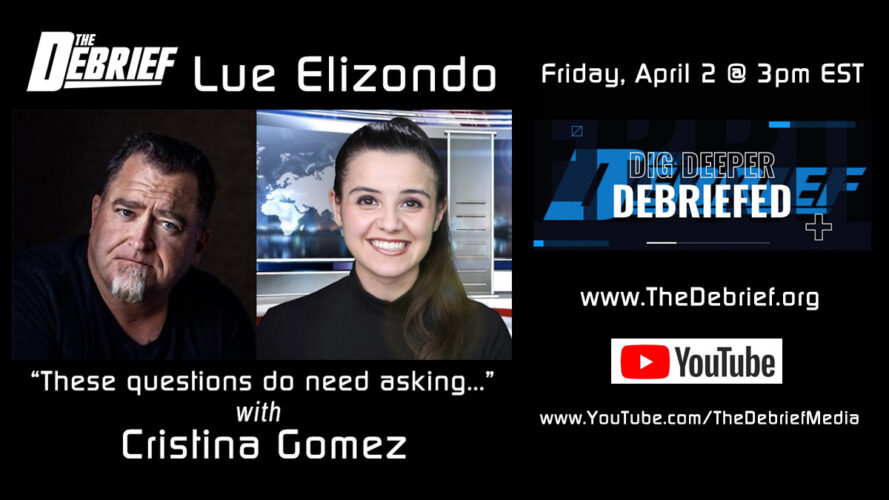