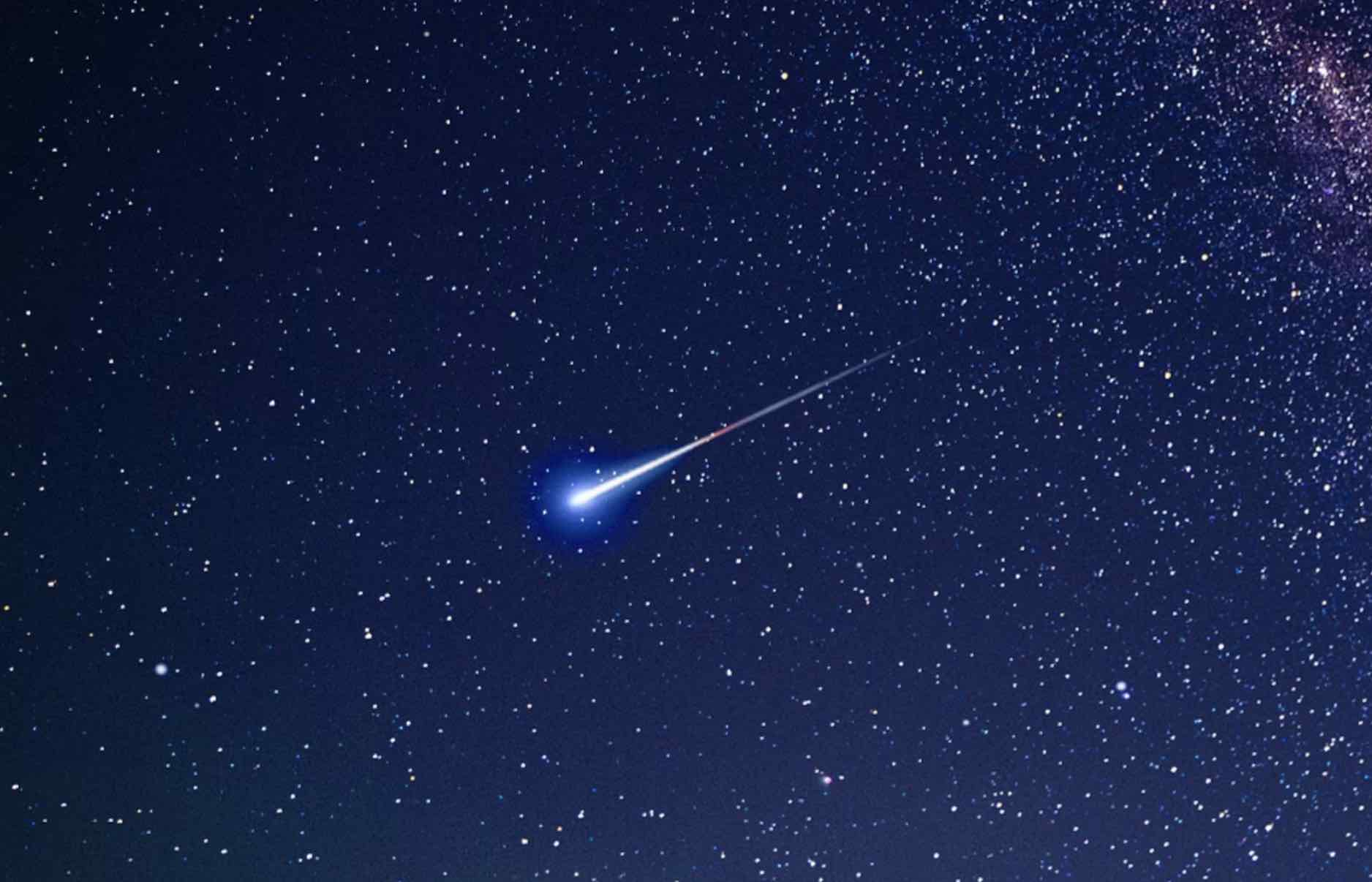 In a new paper with my student, Amir Siraj, we have identified a second interstellar meteor, IM2, in the CNEOS fireball catalog of NASA. The two interstellar meteors are meter-scale objects that collided with Earth from a trajectory that was gravitationally unbound to the Sun. In other words, the objects arrived to the Solar system from interstellar space and were moving faster than the escape speed from the Sun when they were collected by the “fishing net” of the Earth’s atmosphere.

The first interstellar meteor, CNEOS 2014-01-08 (IM1), that Amir and I discovered in 2019, was confirmed at the 99.999% confidence level by a letter from the US Space Command to NASA. The second interstellar meteor we just discovered, CNEOS 2017-03-09 (IM2), was ten times more massive and roughly a meter in size. It was moving at a speed of 40 (compared to 60 for IM1) kilometers per second relative to the Local Standard of Rest, the local frame of reference of the Milky Way that averages over the motions of all the stars in the vicinity of the Sun.

Remarkably, both IM1 and IM2 disintegrated low in the Earth’s atmosphere despite their unusually high speeds. The air ram pressure, which is the product of the air mass density and the square of the meteors’ speed when they exploded into fireballs, provides an estimate for the yield strength of their material composition. The inferred material strengths of 194 Mega-Pascals (MPa) for IM1 and 75 MPa for IM2, imply that both were tougher than iron meteorites, which have a maximum yield strength of 50 MPa.

IM1 and IM2 ranked number 1 and 3 in the distribution of material strengths among all 273 meteors in the CNEOS catalog. The probability of drawing the material strength of the first and second interstellar meteors out of the familiar population of Solar system rocks is roughly the square of (3/273), or equivalently one part in 10,000. This means that the population of interstellar meteors is different from Solar system meteors at the 99.99% confidence level. This conclusion is corroborated by fitting the distribution of CNEOS meteors with a Gaussian shape in the logarithm of material strength. Both IM1 and IM2 lie on the far tail of the distribution, at 2.6 and 3.5 standard deviations away from the mean, making their combined likelihood less than a part in a million.

This tantalizing conclusion about the extremely rare material strength of IM1 and IM2, implies that interstellar meteors are not rocks from planetary systems like the Solar systems.

The Earth collides with interstellar objects along its orbit around the Sun. The simplest assumption to make is that these objects arrive into the Solar system on random trajectories in the Local Standard of Rest. Based on the detection rate of IM1 and IM2 in the CNEOS catalog, roughly once per decade, one can infer that about 40% of all refractory elements in the Milky-Way galaxy are locked in meter-scale interstellar objects. This extraordinarily high abundance again seems to defy a planetary system origin.

Interestingly, a paucity of refractory elements is observed in the gas phase in the interstellar medium, an observation which could potentially reflect refractory elements being locked in interstellar objects. Supernovae have been observed to produce iron-rich ”bullets”, which could be a possible origin of IM1 and IM2. In particular, X-ray imaging of the Vela supernova remnant revealed bow shocks from bullets flying out of the explosion site, a discovery that I attempted to explain three decades ago. It is possible that IM1 and IM2 were shot out of an exploding star.

But it is also possible that IM1 and IM2  move fast and are tough because they are artificial in origin, namely chemically-propelled interstellar spacecraft like our own interstellar probes, but launched a billion years ago. One can also imagine a mother craft carrying CubeSats or micro-devices in its belly, which like Dandelion seeds automatically get released through friction with the atmosphere of a habitable planet.

The inferred abundance of interstellar objects could be smaller by 16 orders of magnitude for functional devices that are designed to visit the habitable regions of stars. This large factor is the ratio between the interstellar volume associated with the Sun (half-way to the nearest stars) – which would be uniformly populated by random trajectories, and the volume of the Sun’s habitable zone – which would be favored by targeted devices.

Altogether, interstellar meteors are anomalous relative to Solar system meteors. To gain a better understanding of the origins of IM1 and IM2, it is essential to retrieve their materials and analyze the composition and structure of their relics through expeditions to their landing sites. Plans  for the first expedition to retrieve the fragments of IM1 near Papua New Guinea are underway. A second expedition for IM2 near Portugal will follow.

Gravitational Propulsion: Could We Travel Through Space by Manipulating Dark Energy?

It is also important to keep in mind that a third interstellar object, `Oumuamua, which was discovered almost four years after IM1 and half a year after IM2, appeared anomalous. The effort to gather more data on interstellar objects based on their anomalies, received pushback from self-proclaimed experts and bloggers on social media.

But the data collected in a single Galileo Project expedition is worth a million tweets. Four centuries ago, Galileo Galileiwas put in house arrest – the equivalent of being cancelled on social media today.  Galileo’s experience suggests that intelligence is not manifested by authority, nor by popularity contests that insist on knowing the answer in advance and suppress alternative opinions. Instead, intelligence is exhibited by open-minded individuals seeking evidence for the nature of the unknown. In this spirit, the Galileo Project aims to understand empirically the origin of meter-size objects tougher than iron that fill up interstellar space.

The search is challenging but fun to carry out. Here’s hoping that our childhood curiosity will be guided by scientific papers like those mentioned above, and not suppressed by superficial comments from spectators. Basketball coaches often tell their team players: “Keep your eyes on the ball, not the audience.” My paraphrased recommendation to the expedition team is: “Keep your eyes on the fireball, not social media.”