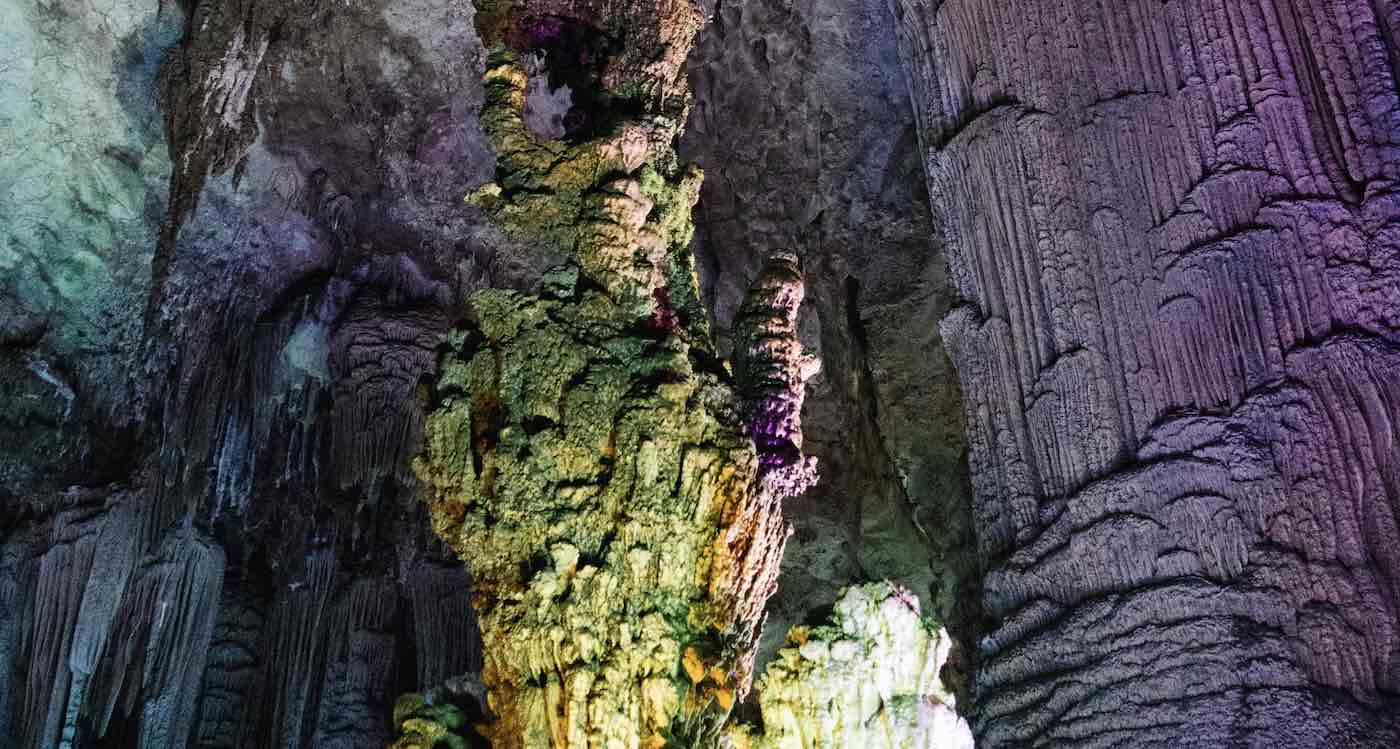 A team of Japanese researchers says they have discovered a new organism within a cave environment that possesses several unique qualities, according to recently published research.

The microorganism, a variety of bacterium that exhibits a novel two-phase life cycle and multicellular functions, was discovered within a portion of a limestone cave formation that is submerged within the waters of an underground river at various times throughout the year.

Dubbed HS-3, the bacterium’s two-phase life cycle begins on solid surfaces, where the microorganism takes on an almost liquid crystalline appearance as it shapes itself into a layered colony structure. As the bacterium matures, the colony takes on the shape of a partially enclosed spherical structure, within which are tiny collections of bacterium with a short, rodlike structure known as coccobacillus cells. The release of these cells becomes triggered when water begins to flow against the cave wall housing the colony.

The organism was discovered by accident while members of the research team examining a wall within the limestone cave formation located on Japan’s Kyushu Island were searching for an entirely different kind of bacteria. While there, they noticed what appeared to be a unique bacterium colony exhibiting vivid coloration and texture on an agar plate that, initially, they almost disposed of.

Due to its striking appearance, samples were collected in 2008, eventually leading to the confirmation of HS-3 as an entirely new species of bacterium.

The research team says the discovery is significant on account of the way this novel bacterium displays characteristics similar to that of more complex, multicellular organisms.

Kouhei Mizuno, a professor at the National Institute of Technology (KOSEN) in Tokyo, Japan, and one of the paper’s authors, says that currently, “We don’t have a good existing model to study multicellularity except for theoretical models.” Among these is a model known as ecological scaffolding, where selection pressures are exerted on organisms within an environment, which points to the significance of ecological factors in the evolutionary drives that lead single-celled organisms on the path toward multicellular life.

Following laboratory analysis, the team says they believe that HS-3 possesses what may be a unique capability to preserve its formation in a two-dimensional liquid state for long periods, which they believe could be a key to how the unique bacterium is able to exhibit the multicellular behavior it appears to exhibit.

Part of what took so long to establish the uniqueness of the organism after its initial discovery in 2008 had been the long process the team required in order to rule out the possibility that they had actually discovered a mutated variety of known bacterium.

“We needed 10 years to be sure that this was not a contamination of two different species and that it was not just a mutation,” Mizuno said in a statement. By comparing microscopic observations of the bacterium’s progress from a single cell into a colony, Mizuno says they were able to clearly establish that changes occurring in the organism were “controlled and reversible.”

The Confessions of a High-Functioning Psychopath

This information, according to Mizuno, “led us to believe that it is a ‘multicellularity’ of HS-3.”

According to the team’s recently published findings, “This is the first report that shows that a liquid-crystal status of cells can support the prokaryotic multicellular behavior.” The researchers further note that the behaviors they have recorded in their observations of HS-3 “suggests that the recurrent intermittent exposure of colonies to water flow in the cave might have been the ecological context that cultivated the evolutionary transition from unicellular to multicellular life.” Significantly, the team’s observations appear to be in accordance with the existing theories involving how ecology plays a key role in driving the emergence of multicellular life.

The team’s paper, “Novel multicellular prokaryote discovered next to an underground stream,” by Kouhei Mizuno, et al., was published in the journal eLife.