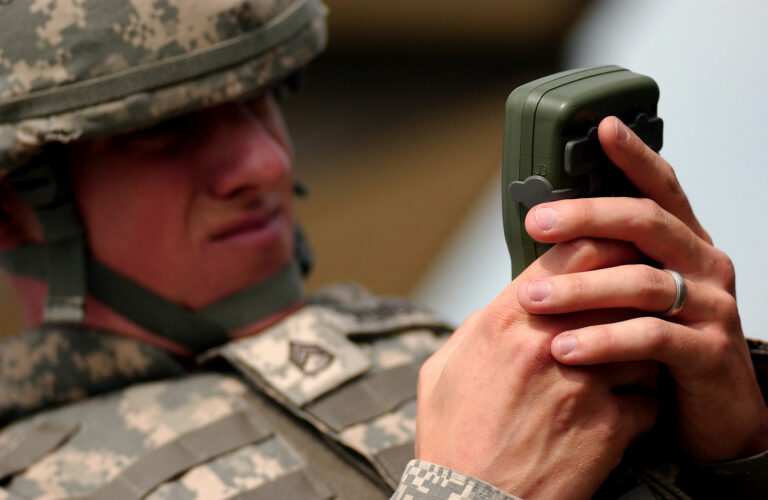 A “Day Without Space”: GPS Concerns May be Overblown, New Study Finds

In the modern connected world, one of the gravest perceived threats to military operations involves the expected results from failure of modern communication systems. A hypothetical scenario involving such an event as the result of an attack against the U.S., known as a “day without space,” represents one of the severest potential outcomes that could result from advanced jamming or anti-satellite technologies deployed by adversary nations.

If significant losses were ever incurred to global systems the military relies on for communication and navigational purposes, many defense capabilities our armed services normally rely on could be rendered inoperable, leaving the United States vulnerable to enemy attacks with no way to coordinate protections.

“Space is no longer a sanctuary,” said David W. Madden, a former director of the military satellite communications systems directorate at the Air Force Space and Missile Center, during a 2014 appearance at the San Diego Military Communications Conference. “It is a contested environment. We have known that for a while, especially with peer competitors.”

The expression of such concerns over the years have contributed significantly to efforts toward assessing whether current GPS systems would be capable of withstanding a large-scale GPS attack. However, a recent RAND study titled “Analyzing a More Resilient National Positioning, Navigation, and Timing Capability,” says that the risks of potential attacks or other failures of such systems may be exaggerated, and even impossible in some instances.

The RAND study, spearheaded by the Department of Homeland Security in conjunction with a mandate included within the 2017 National Defense Authorization Act, looked at everything from how existing systems might be hardened and the costs associated with such operations, to whether many of the concerns about enemy capabilities are realistic.

“Because of the widespread use of the Global Positioning System (GPS) for positioning, navigation, and timing (PNT), concerns have been expressed that a disruption of GPS might require a national investment in backup capabilities,” the authors wrote in a summary of the paper’s findings.

However, key among the findings of the recent RAND study had been that existing alternatives already provide the necessary infrastructure capable of facilitating backup systems, in the event that a “day without space” scenario were ever to occur.

“When the ability of individuals and organizations to adapt to and use existing alternatives and workarounds is taken into account, our analysis suggests that the costs of GPS disruption, while real, would not be as high as is sometimes assumed,” the study found.

Drawing from analysis of past events where jamming technologies have been used against U.S. communications systems, the study found that effects have been noticeable, but not unmanageable or resulting in a complete shutdown.

In fact, the study concludes that nothing short of the onset of an actual nuclear war could compromise all GPS systems to the degree such hypothetical scenarios might entail, and that anything of lesser magnitude would only “deny all satellite navigation to the entire United States for more than a few days.”

Also, the study concluded that the expenses involved with any preemptive efforts to harden American space systems would outweigh any benefits that they might provide. The research found that multiple different existing systems are capable of providing positioning, navigation, and timing (PNT) capabilities, many of which are not only in use, but have already seen broad implementation. Additionally, concerns regarding attempts at spoofing GPS signals may already be mitigated by technologies aimed at preventing such actions.

“Therefore,” the authors conclude, “it is difficult to justify extensive investment in more GPS backups, although industry or government might well invest in PNT systems for their other merits,” adding that such investments might be useful if for purposes that aren’t limited to backup GPS systems. As an example, the research cites federal programs that are currently working toward improving phone systems in major population centers that might also serve as a backup system in the unlikely event of a “day without space” scenario.

Of course, there is no such thing as a “perfect” backup system for our current GPS technologies, and proactive efforts at protecting and maintaining them should continue. Another key finding of the RAND study involved the expectation that even moderate investments by government in the furtherance of threat detection “could also reinforce private incentives to maintain a robust PNT ecosystem.”

In addition to such investments, the study’s authors recommend that having “diverse, time-proven, robust fallbacks to GPS available is highly desirable.”

“Maintaining those capabilities while seeking the efficiency gains of modern PNT should be a priority.”