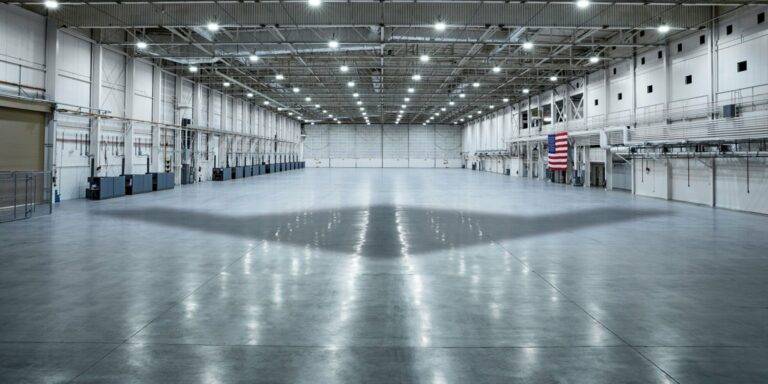 During a recent interview with Air Force Magazine, the director of the Air Force’s Rapid Capabilities Office, Randall Walden, revealed that the production of a second B-21 Raider is currently underway at Northrop Grumman’s facility in Palmdale, California. Walden also disclosed the Air Force’s first next-generation stealth bomber prototype should be ready for its initial flight testing by 2022.

Initially, the Air Force hoped the B-21 Raider would be ready to take flight as early as December 2021. But Walden says “that forecast was always a best-case scenario, and that first flight in mid-2022 is now a ‘good bet.’”

Production of the B-21 has been slightly delayed due to the effects of the coronavirus pandemic on the aerospace industry, however Walden says officials have been working closely with supply chains to ensure slower parts deliveries won’t delay the bomber’s overall development.

In contrast, some negative impacts on the aerospace industry have resulted in positives for the B-21 Raider program. When orders for Boeing’s 737 Max screeched to a halt after two deadly crashes and a steep decline in air travel during the pandemic, Spirit Aviation of Wichita, Kansas — which supplies aerostructures on the B-21 — moved workers from their 737 branches to the B-21 program.

“The pandemic has slowed us in certain areas, but I think we have compensated,” Walden told Air Force Magazine. “I don’t think we’ve got significant delays to… first flight.”

Emerging from the Air Force’s Long-Range Strike Bomber Program (LRS-B), officials say the B-21 Raider will be an advanced, long-range, stealth intercontinental strategic bomber capable of delivering conventional and thermonuclear weapons. The Air Force intends for the Raider to complement, and eventually replace, the B-1 Lancer, B-2 Spirit, and B-52 Stratofortress bomber fleets.

In September 2016, the B-21 was formally named “Raider” in honor of the famous “Doolittle Raiders” of WWII. Also known as the “Tokyo Raid,” the April 18, 1942 mission was the first air operation to strike on the Japanese mainland after the surprise attack on Pearl Harbor. The last surviving member of the “Doolittle Raiders” at the time, retired Lt. Col. Richard E. Cole, was present at the naming ceremony at the U.S. Air Force Association conference in National Harbor, Maryland.

So far, the development of the B-21 Raider has been shrouded in extreme secrecy, and very few details are known about the Air Force’s new stealth bomber.

Based on artist renderings, it appears the B-21 Raider will be a flying wing design very similar to the current B-2 stealth bomber. By blending the fuselage and wing and lacking horizontal and vertical stabilizers, the flying wing is generally considered the best shape for avoiding radar systems when deep inside enemy territory.

Aviation experts predict the Raider will be roughly two-thirds the size of the current B-2, based on the fewer main landing gear wheels shown in the Air Force’s artist renderings.

Aviation Week noted some of the other differences in the B-21 Raider and B-2 spirit include more straightforward, low-observable trailing edges optimized for higher/medium-altitude operations; deeply recessed inlets; a shorter aft fuselage; low-observable sawtooth edging for main and nose landing gear doors; a revised nose with extended “beak;” and a two-screen cockpit windshield, as opposed to the four on the B-2.

Keeping with their goal of having an “agile and flexible” fighting force, the Air Force says the B-21 Raider will be developed using “open systems architecture,” which will allow the bomber to integrate new technologies as they emerge quickly. Air Force officials have also suggested the B-21 will be capable of flying both unmanned and manned missions. Recently, The Debrief reported on the first-ever military flight with artificial intelligence at the helm. It’s assumed the B-21 will integrate some of the advances in autonomous flight into its tool belt as well.

The first Raider has yet to reach final assembly, however Walden says it’s “really starting to look like a bomber.” With the second B-21 currently in production, engineers will be focused on overall structural capability. “We’ll go in and bend it, we’ll test it to its limits, make sure that the design and the manufacturing and the production line make sense,” said Walden.

Telescopes are Producing a Significant Amount of Greenhouse Gas Emissions

The Air Force is reducing risk in the program by using a business-class jet to test the B-21’s avionics. “The business jet is flying ‘real B-21 software’ and helping illustrate how sensors and code will be added into the bomber test fleet,” said Walden.

The Air Force says the second Raider production is moving “much faster” than did the first stealth prototype. “Lessons learned from producing the first airplane are being applied to the second,” said Walden. “That work is progressing much faster as workers figure out how to build the airplane in real life, rather than operating off of a blueprint’s assumptions.”

In the 2021 fiscal year budget, the service requested $2.8 billion for research and development of the B-21 Raider. Current plans call for the Air Force to buy at least 100 B-21 Raiders at a price tag of $550 million each.

During a virtual event hosted by the Heritage Foundation on January 14, Lt. Gen. James C. Dawkins, Jr., deputy chief of staff for strategic deterrence and nuclear integration, said the Air Force expects the B-21 Raider to be ready for service around 2026 or 2027.