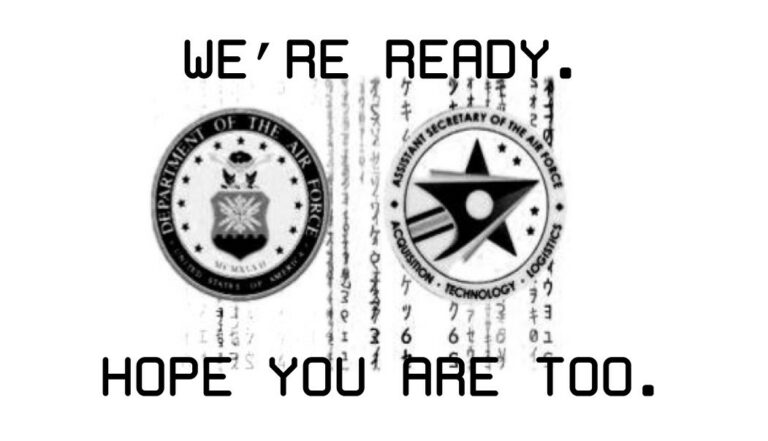 For nearly two weeks, Assistant Secretary of the Air Force (Acquisition, Technology and Logistics) Will Roper, had been teasing “something big” was coming. “We’re Ready. Hope You Are Too,” said Roper in an image posted to his personal Twitter account.

Now this morning, the Air Force has announced their “big news” was the first-ever military flight using artificial intelligence.

According to an Air Force press release, during a training flight Tuesday night the Air Force allowed an AI algorithm named “ARTUµ” to control the sensor and navigation systems of a U-2 “Dragon Lady” spy plane. Officials say this marks the culmination of a three-year journey to become a digital force and is believed to be the first known use of AI onboard a U.S. military aircraft.

“Putting AI safely in command of a U.S. military system for the first time ushers in a new age of human-machine teaming and algorithmic competition. Failing to realize AI’s full potential will mean ceding decision advantage to our adversaries,” said Roper, the Air Force’s chief of acquisitions.

The flight involved a reconnaissance mission during a simulated missile strike. The Air Force says no weapons were involved, and the U-2 was actually flown by a pilot who helped coordinate with ARTUµ on sensor operations. ARTUµ’s primary role during the exercise was to locate enemy launchers while the pilot maintained a lookout for any threatening aircraft. “The flight was part of a precisely constructed scenario which pitted the AI against another dynamic computer algorithm in order to prove the new technology,” the Air Force reports.

As for the AI program’s unique name, ARTUµ is believed to be a reference to the popular droid from the Star Wars movie franchise, R2-D2. The Washington Post reports ARTUµ is based on an open-source software algorithm called “µZero,” and was adopted to the U-2’s computer systems at the U-2 Federal Laboratory at Beale Air Force Base, California.

The µZero algorithm was developed by the AI research company DeepMind to master strategic games like Chess and Go. Recently, The Debrief reported on another significant breakthrough by DeepMind in which an AI algorithm is believed to have solved the “Holy Grail of computational biology,” the “protein folding problem.”   Citing two officials familiar with the system’s development, The Post reported a publicly available Google-developed system called Kubernetes allowed ARTUµ to be ported to the U-2’s onboard computer.

There is a bit of nostalgia in the U-2 spy plane being the United States’ first aircraft to use artificial intelligence. First built in 1954 by Lockheed “Skunk Works” for the CIA, the U-2 is the world’s first stable high-altitude reconnaissance plane, capable of flying for over 10 hours at over 70,000 feet. Presently, the U-2 is one of the only U.S. military aircraft to remain in front-line service for over 50 years. Lockheed Martin says the current version of the U-2 can remain viable until 2050.

“In order to fight and win in a future conflict with a peer adversary, we must have a decisive digital advantage,” said Air Force Chief of Staff Gen. Charles Q. Brown, Jr. “AI will play a critical role in achieving that edge, so I’m incredibly proud of what the team accomplished. We must accelerate change and that only happens when our Airmen push the limits of what we thought was possible.”