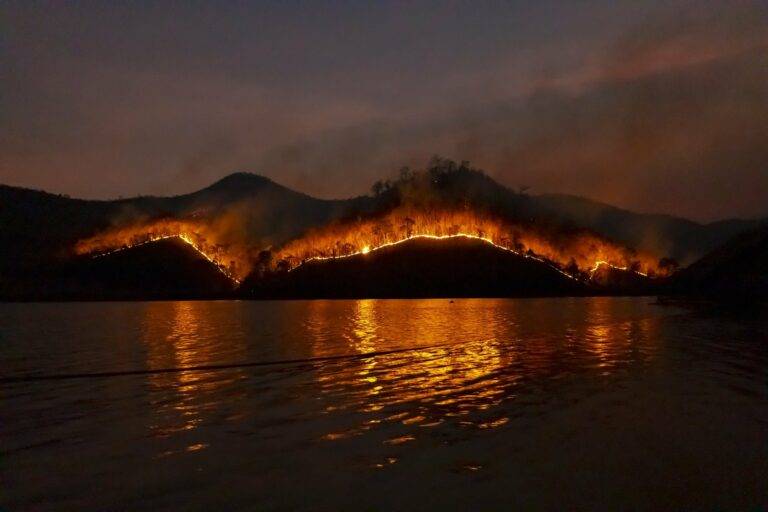 Last week, NASA announced that 2020 was the hottest year on record beating 2016 by one-tenth of a degree Celsius. NASA is officially calling it a tie because it fell within the science team’s margin of error. That being said, the average global temperature in 2020 was about 1 degree warmer (Celsius) than the thirty-year average dating between 1951 and 1980.

“The last seven years have been the warmest seven years on record, typifying the ongoing and dramatic warming trend,” said Gavin Schmidt, Director of NASA’s Goddard Institute for Space Studies. “Whether one year is a record or not is not really that important – the important things are long-term trends. With these trends, and as the human impact on the climate increases, we have to expect that records will continue to be broken.”

With the U.S. experiencing some of the most intense weather phenomena over the last year, there are concerns that this upward trend will have devastating effects on human lifestyles, agriculture, and water security.

BACKGROUND: How Did We Get to the Hottest Year on Record?

There is no single event that caused the temperature to increase. However, 2020 has had some bizarre weather events.

In January, eastern Australia was hit by extreme bushfires. In South America, large portions of the Amazon rainforest were devastated by wildfires. The Phillippines were hammered by Typhoon Goni, setting historical records with wind speeds reaching 195 miles per hour. Death Valley in California reached its hottest temperature since 1913, climbing to 130 degrees Fahrenheit according to the National Oceanic and Atmospheric Administration (NOAA).

Experts agree that as the planet continues to warm, weather events will continue to become more extreme.

Both NASA and the NOAA released studies concerning their findings. While NASA measured a minute increase, the NOAA logged 2020 as the second hottest year to 2016. NASA pointed out that the NOAA does not make inferences on polar temperatures in certain areas due to sporadic data, which would account for the variation in the analysis.

Regardless, both NASA and the NOAA agree that increasing global temperatures are a cause for concern.

NASA pointed out three key events that should have created a reduction in global temperature. The bushfires that burned 46 million acres of land in Australia threw a considerable amount of dust and ash into the atmosphere. It would have blocked the sunlight from reaching the surface and would aid in reducing global temperatures. Secondly, while the COVID 19 pandemic saw a reduction in CO2 emissions during various lockdowns across the planet, carbon emissions continued to affect global temperatures due to their cumulative effect. In other words, the pandemic had little impact on greenhouse gas emissions. Lastly, NASA points to El Nino, the naturally occurring heat exchange between the oceans and the atmosphere. Though 2020 started off warmer, El Nino’s overall effect this year ended up cooling the planet.

What seems to be occurring is the continued rise of carbon emissions mixing with a host of previous impacts of an already warming planet. In other words, significant shifts have already happened to the Earth, and those changes are now compounding and raising the temperature.

NASA’s data indicates that the Arctic’s overall climate is changing roughly three times more quickly than the rest of the planet. Every decade, Arctic sea ice declines by 13%. As this ice melts, it expands the size of the oceans. Sunlight gets absorbed by the water rather than reflected by the ice, and that absorption causes a temperature increase.

OUTLOOK: How Humans Will Have to Deal with Rising Temperatures

“Rising temperatures are causing phenomena such as loss of sea ice and ice sheet mass, sea level rise, longer and more intense heat waves, and shifts in plant and animal habitats,” NASA explained in a press statement. “Understanding such long-term climate trends is essential for the safety and quality of human life, allowing humans to adapt to the changing environment in ways such as planting different crops, managing our water resources and preparing for extreme weather events.”

A warming planet is something everyone on Earth will have to contend with and presents one of the greatest crises humanity has ever faced as a species. It may not be the end of the world yet, but if NASA says we ought to be concerned, we probably should be. They are one of our only tickets off this rock, and leaving Earth behind is not yet an option.