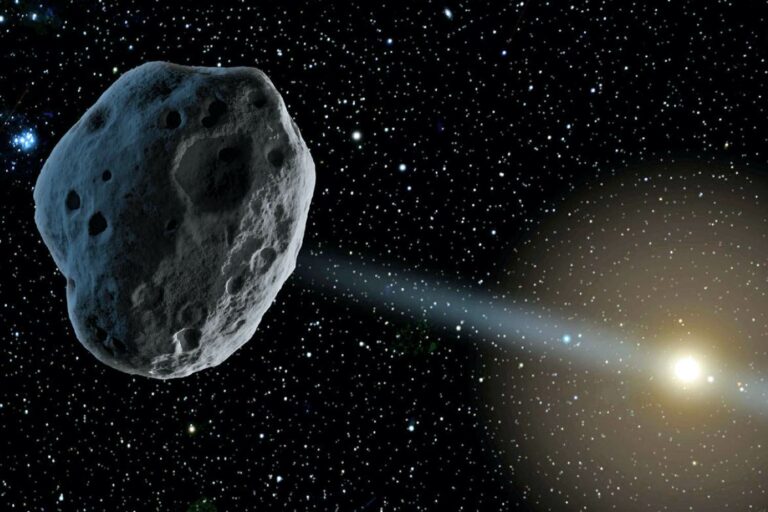 Apophis, a Feared Future Earth Impactor, Just Flew Past Us

In recent days, an asteroid comparable in size to an 81-storey building and one previously of serious concern to NASA sped silently past Earth.

On Friday, Asteroid 99942 Apophis came within 10,471,577 miles as it passed by Earth at around 8:15 PM EST. The flyby occurred without incident, as expected, although astronomers have a slightly more turbulent history with the silent space giant, and even a few existing concerns about its future visits.

In 2004 when Apophis was initially discovered, astronomers were concerned about its possible trajectory, which appeared to put it on a collision course with Earth. Fortunately, the more than 300-meter-wide space rock was detected early enough that we had time to prepare: the possible impact wasn’t expected to occur until 2029.

Based on existing data collected by NASA, the threat of a 2029 impact with Apophis was eventually ruled out. Although its 2029 passage will be close at just under 20,000 miles from Earth—placing its path between Earth and the Moon—it is not believed that the asteroid will represent a threat at that time.

NASA says that it is rare for large asteroids like Apophis, which will come at least as close as some spacecraft that orbit our planet, to pass very near to Earth. The same can’t be said for smaller space objects,  however, which make frequent and often very brilliant nighttime appearances.

Although Apophis was still too far away to be visible without the aid of a telescope during its recent transit, astronomers were able to visualize it with the help of the NASA Goldstone Deep Space Communications Complex in California, which is also involved with the Double Asteroid Redirection Test, or DART.

“NASA’s Double Asteroid Redirection Test (DART) will be the first-ever space mission to demonstrate asteroid deflection by kinetic impactor on a binary asteroid target,” the DART project’s website states. A relatively low-cost spacecraft, DART is equipped with a camera and an autonomous guidance system designed to help it guide itself toward impact with any potentially threatening asteroid, allowing it to be preemptively redirected away from Earth.

One of the peculiarities about Apophis is that it both spins and tumbles as it drifts through space, which has actually aided astronomers in assessing the object’s threat potential. If the object were merely rotating as it moved in its orbit, it would absorb sunlight which would be given off in another direction as heat, which would be capable of adjusting its course over time (particularly if it possessed a retrograde spin, meaning that its spin moved opposite to that of Earth’s rotation). Fortunately, on account of the addition of tumbling to its movement, any heat absorbed by Apophis is redistributed evenly, and therefore will not influence its movement in any particular direction.

When Apophis makes returns for its 2029 visit, viewers in certain parts of the world actually will be able to see it without the aid of a telescope. Astronomers estimate that viewers in parts of Western Australia will be able to see the asteroid, which will have comparable luminosity to the stars in one of the night sky’s most prominent constellations: the Big Dipper.

If it were ever to impact with Earth, Apophis is large enough that it would be capable of delivering the kinetic energy equivalent of a 500 megaton TNT blast.

In addition to its 2029 visit, Apophis will make future close-flybys in 2036 and again in 2068, and astronomers have not ruled out the possibility that at some more distant date in the future—perhaps within this century—it could come close enough to warrant concern.

Although there is no immediate threat posed by the object, it remains one of several near-earth asteroids that astronomers will certainly be watching for many decades to come.