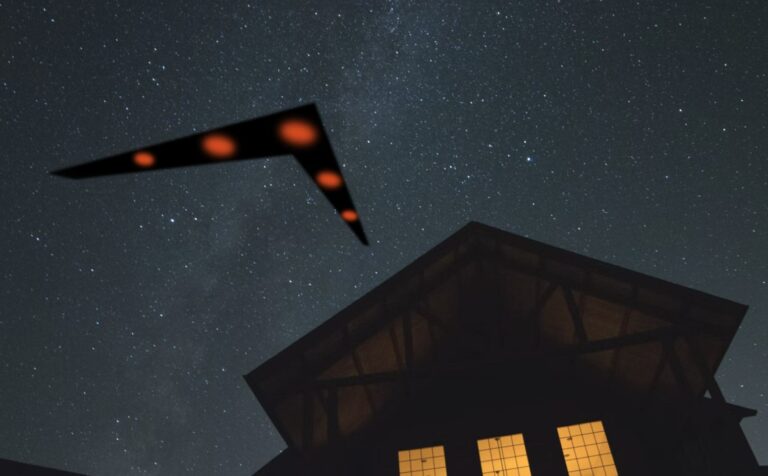 The Hudson Valley UFOs: How the Media Reacted to a 1980s UFO Flap

Back during the Summer of the Saucers in 1947 and for more than a decade after, UFOs were a serious topic in the media. The subject received plenty of coverage as both the public and the government seemed to grapple with what it was that people were seeing in the skies.

But by the time Project Blue Book ended in 1969, the tone in America’s newspapers and newsreels seemed to change considerably. Many journalists openly mocked people who talked about little green men and flying saucers. This no doubt pleased the federal government, and many researchers suspect that this was happening by design.

That wasn’t always the case, though. There were some events that generated considerable public attention and were reported on by the press in a mostly sober fashion. One of these was the series of sightings in upstate New York that came to be known as the Hudson Valley flap. While there had already been scattered sightings reported in the area a couple of hours north of New York City, the real burst of activity seemed to begin on New Year’s Eve of 1982. A retired police officer reported seeing a huge “v-shaped” object with multiple colored lights gliding almost silently over his property.

He wouldn’t be the last person to report such an event. Many others followed, and by March 23rd of 1983, the local newspaper in Port Chester, New York was running a front-page feature describing crowds of people claiming to have seen the triangular object. The witnesses who were interviewed included an on-duty police officer named Kevin Soravilla, who testified that he had seen the object twice in a 45-minute period after his department had received more than 100 calls. He described the object the same way the others had, saying that he had seen it stop in midair and “turn perpendicular” before reversing course and heading away from view. At no point in the article was there any suggestion of people making up stories or misidentifying something.

By November of that year, the local newspapers were not just covering the sightings themselves, but also the people who were flocking to the valley to investigate this activity. On November 11th, the Journal News in White Plains, New York, ran a two-column story featuring interviews with UFO investigators. One ufologist from Connecticut who was a member of Citizens Against UFO Secrecy told a reporter that more aliens would probably visit the Earth if humans weren’t so hostile toward them. A second investigator accused the federal government of having crashed “flying discs” and alien bodies, insisting that they were covering up the information to keep it from the public.

The paper even included comments from J. Allen Hynek, who described how and why he left in his capacity as a science advisor to Project Blue Book. Hynek also said that researchers were “fighting a publicity war” with the military because military officials sought to ridicule anyone who reported a sighting.

The sightings were still going on well into the following year, and journalists had spread out to explore other possible explanations not involving extraterrestrials. On June 28th of 1984, the Poughkeepsie Journal posted a feature in which they spoke to witnesses who were accusing stunt pilots with small aircraft of flying over the region in a close, v-shaped formation to trick people into thinking they were seeing something otherworldly. They even spoke to a police officer who claimed to have followed the planes back to a local airport and spoken to one of the pilots who admitted to pulling off the hoax. However, the pilots were never named. The paper also made a point of including rebuttals from other witnesses who pointed out that they could easily identify a group of planes flying in formation and added that no set of pilots could account for the numerous sightings that had been reported. There was once again no suggestion that the subject was some sort of joke.

In August of that year, the same newspaper covered the first-ever UFO convention to take place in the region. It was attended by more than 500 people and reporters showed up to cover the event. Hynek was the keynote speaker and he described the ongoing flap as “a real mystery.” He and another speaker also threw cold water on the idea that a small group of Cessna airplanes could be responsible for everything that had been happening.

Sightings of the massive triangular object eventually trailed off and ended, but the belief in unidentifiable objects flying over the Hudson Valley did not. A restaurant named the Cup and Saucer soon opened in Pine Bush, New York, with a large flying saucer prominently featured on the sign over their door. A museum dedicated to UFOs and the paranormal opened in the same town and remains in operation to this day. And whenever they hold a public event or parade, reporters show up to cover the action and they’re still not making fun of the people who attend (except for a few of the people wearing more outlandish alien costumes, of course).

The nation’s other, larger newspapers spent much of the past five decades ignoring or even mocking stories involving UFOs. That all changed with the release of the New York Times bombshell article in December of 2017. Now it seems as though every outlet in the country is talking about it and covering the actions that Congress is taking. But out in a backwater section of upstate New York, there are some newspapers that beat them to the punch by forty years.