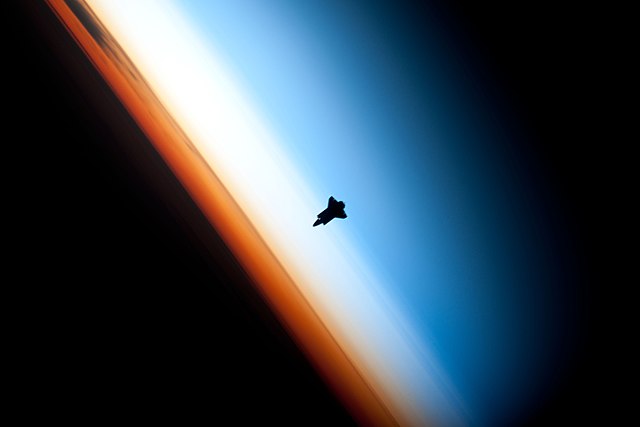 A team of researchers from the Bargatin Group at University of Pennsylvania says they have discovered a way for sunlight-powered disk-shaped aircraft to levitate in the uppermost regions of the Earth’s atmosphere.

By engineering nanoscale features on ultra-lightweight mylar material, researchers say they came up with a way to allow materials to lift themselves into the air using only the energy provided by light.

Engineers hope these levitating disk-shaped “micro-aircraft” can be used to study the mesosphere. The mesosphere, located 30-50 miles above the Earth’s surface, is poorly understood and the least studied area of the Earth’s atmosphere. Due to its extreme isolation, some scientists humorously refer to this region on the edge of space as the “ignorosphere.”

“Persistent aircraft for the mesosphere would be unprecedented and allow us to study this region of the atmosphere, which is sometimes called ignorosphere because it is so difficult to access,” said Dr. Igor Bargatin, a mechanical engineering professor at the University of Pennsylvania and co-author on the recent study.

To achieve levitation, engineers used a phenomenon known as photopheresis.

With photopheresis, small particles within gases, such as aerosols, or liquids, such as hydrocolloids, begin to migrate when illuminated by a sufficiently intense light. Scientists have previously demonstrated that photopheresis can trap and levitate microscopic particles and positively charged dust crystals.

What makes this recent discovery unique is that Penn State engineers proved they could use photopheresis to levitate objects large enough to carry small payloads, opening the door for the devices to be used as atmospheric probes.

Researchers coated the bottoms of 6-millimeter-wide disks made of ultra-thin mylar with carbon nanotubes. Incredibly, some channels within these carbon materials measure at only a few atoms wide.

When light hits the disk, the nanotubes heat up, causing gas molecules in the air to become temporarily trapped. Caught in the nanotubes, the molecules’ temperature at the bottom of the disk becomes warmer.

By the law of thermodynamics, particles move faster as their temperature increases. Consequently, molecules bouncing off the bottom more quickly than those bouncing off the top, cause the disks to levitate and become a “micro-aircraft.”

When tested in vacuum chambers set to air pressure conditions consistent with the mesosphere, researchers’ light-powered disks could stably hover a few millimeters above the surface.

“Previously, photophoresis has been used with microscopic particles, which were usually illuminated by laser beams. What used the same physical forces to levitate a structure big enough that you can see with naked eye or hold in your hands, and we did it using regular LED arrays rather than more intense lasers,” Dr. Bargatin explained to The Debrief. “These two developments let you think about photophoresis as a new flight mechanism and envision sun-powered photophoretic flyers that can carry useful payloads.”

Successfully demonstrating the most stable photophoretic levitation to date, Dr. Bargatin says he hopes scientists will be able to use future versions of their micro-fliers to study the mesosphere, improving climate models. “Having continuous measurements of temperature and winds in the mesosphere would improve the models of the atmosphere as well as the global climate models, among other things.”

Though difficult for scientists to access, the mesosphere plays host to many fascinating yet poorly understood phenomena.

Large-scale electric discharges, which produce brilliant light displays, called sprites, occur in the mesosphere. Appearing as luminous red flashes, sightings of sprites from the Earth are relatively rare, with the first photograph of a sprite not captured until 1989.

Another type of upper-atmospheric lightning called “Jets” appears in bright blue flashes within the mesosphere above storm systems. Scientists believe jets are electrically induced forms of luminous plasma; however, these phenomena are not well understood due to research limitations.

In 2018, scientists identified an unusual type of aurora, called “aurora dunes,” originating from the mesosphere. Scientists believe these undulating green lights are caused by solar particles’ interactions with oxygen molecules; however, a definitive explanation has not been reached.

Currently, only rockets bound for space are capable of traveling within the mesosphere. “The only way to access the mesosphere is using small rockets, called research or sounding rockets. However, rockets can stay in the mesosphere for only a few minutes at a time,” explained Dr. Bargatin.

In future, researchers hope scientists can use sensor-laden versions of their levitating disks to gather data on this mostly uncharted region. According to simulations, sunlight alone would provide enough light to levitate disks carrying a 10-milligram payload in the mesosphere.

How researchers would be able to get the levitating disk into this inhospitable zone -where the average wind speed is 100 miles per hour and temperatures can drop to -150 F – remains to be determined.

Nevertheless, according to the team’s study, which was published in the journal of Science Advances, hundreds of the micro-disks connected by thin carbon fibers could dramatically increase the micro-flier’s payload capacity. “It should be possible to create much larger levitating structures by arraying individual disks,” said Dr. Bargatin. “Eventually, it should be possible to create very large structures that could carry gram-scale payloads, thousands of times bigger than what we can do so far. We are actively working on this problem.”

Correction: An earlier version of this article attributed researchers to Penn State University. The Article has been updated to correctly reflect the University of Pennsylvania.