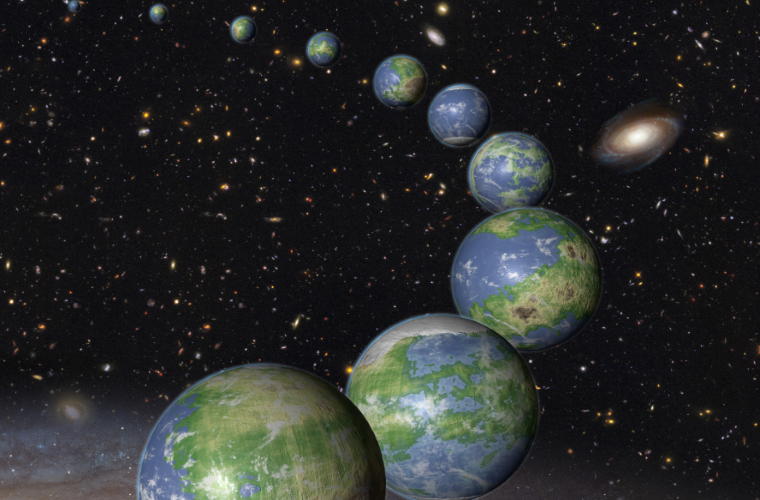 Are Earthlike Planets Plentiful Throughout the Milky Way?

Earthlike exoplanets, including those with features like continents and liquid water on their surface, might be plentiful across the Milky Way galaxy. Previous planet formation models had indicated that Earth’s abundance of life-supporting water may have arrived due to extremely fortuitous comet strikes, but new models seem to indicate that rocky, earthlike planets may attract enough water during their development phase to make them as friendly to life as Earth.

On Earth, most life depends on things like oxygen and sunlight to flourish. Some life that exists in extreme environments, known as extremophiles, have shown the ability to live without sunlight, while certain anaerobic life forms get by without oxygen. However, all life on Earth requires water in some form or fashion.

Now, new planetary formation research indicates that Earth’s oceans may not be the result of a freak cosmic collision, but instead may have arrived during the normal course of planetary development. Furthermore, such a process would also mean that earthlike exoplanets with water on their surface and active continents are likely common throughout the galaxy.

Performed by researchers from the GLOBE Institute at the University of Copenhagen, the latest study results seem to show that Earth’s water showed up during its natural formation process, a planet development model known as ‘pebble accretion.’

“All our data suggest that water was part of Earth’s building blocks, right from the beginning, “said Professor Anders Johansen from the Centre for Star and Planet Formation in a press release announcing the new study. “And because the water molecule is frequently occurring, there is a reasonable probability that it applies to all planets in the Milky Way.”

As to whether that water may exist in liquid form on such a planet’s surface, Professor Johansen said, “the decisive point for whether liquid water is present is the distance of the planet from its star.” This orbital distance is more commonly referred to as a star’s habitable zone.

To reach this conclusion, Johansen and the rest of the GLOBE team employed updated computer models of planet formation. When run with the latest data, these models showed that millimeter-sized dust particles of carbon and ice “which are known to orbit around all young stars in the Milky Way” accreted together in the first 5 million years or so of Earth’s formation, resulting in the amount of water found here today.

‘Up to the point where Earth had grown to one percent of its current mass, our planet grew by capturing masses of pebbles filled with ice and carbon,” explained Johansen. “Earth then grew faster and faster until, after five million years, it became as large as we know it today.”

During that phase, the temperature on Earth’s surface would have risen sharply, causing the ice in the pebbles to evaporate on the way down to the surface. As a result, says Johansen, “only 0.1 percent of the planet is made up of water, even though 70 percent of Earth’s surface is covered by water.”

“All planets in the Milky Way may be formed by the same building blocks,” added Johansen, “meaning that planets with the same amount of water and carbon as Earth – and thus potential places where life may be present – occur frequently around other stars in our galaxy, provided the temperature is right.”

OUTLOOK: EARTHLIKE PLANETS MAY PROVIDE GOOD OPPORTUNITIES FOR THE EMERGENCE OF LIFE

According to the team’s research, which is published in the journal Science Advances, Venus and Mars may have undergone a similar accretion phase that resulted in surface water. Of course, neither planet has water on its surface today, but that is more likely due to individual planetary conditions and not the lack of available water molecules during their formation.

As far as the implications of this latest study, co-author Professor Martin Bizzarro says it may fundamentally change the way we search for extraterrestrial life.