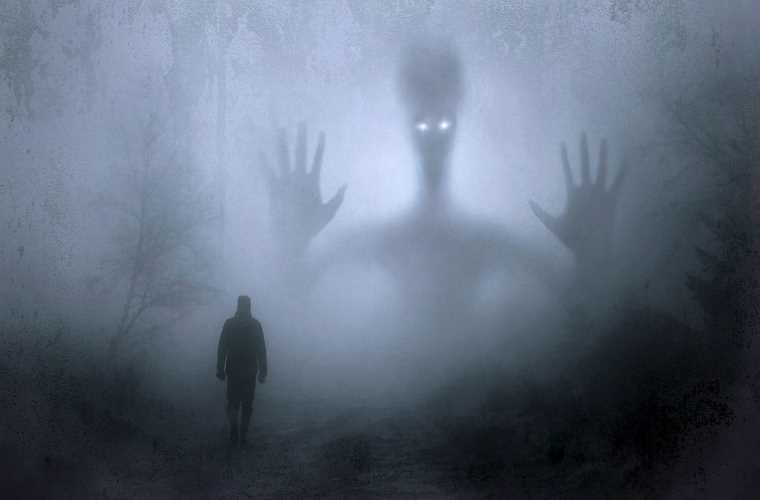 A new study shows that those who have paranormal beliefs display “differences or deficits” in cognitive function. No specific pattern or type of dysfunction was correlated with paranormal beliefs. Instead, the study authors observed a wide range of cognitive deficits that seemed to indicate a separate, overriding deficit or dysfunction behind beliefs in the paranormal.

“For several decades, researchers have examined potential links between cognitive functioning and belief in paranormal phenomena, such as psychokinesis, hauntings, and clairvoyance,” the press release announcing the new study explains. Many of those studies hinted at links between paranormal beliefs and deficits in intelligence or other mental capabilities, but none seemed to find one common link.

To decipher if a link truly exists and what it may mean, a group of U.K researchers decided to study the entire clinical history where the link has been previously observed and see for themselves.

A WIDE RANGE OF COGNITIVE DEFICITS CORRELATED TO PARANORMAL BELIEFS

To conduct their study, project leader Charlotte E. Dean and her colleagues at the University of Hertfordshire, U.K., combed through the history of peer-reviewed literature. They also looked at studies that hadn’t undergone review but were published and even graduate theses, as long as the work examined paranormal beliefs and their link to any area of cognition. The team ultimately selected 70 peer-reviewed papers from this lot and one graduate thesis.

According to the published study, which appeared in the journal PLOS ONE, the selected studies looked at six categories of cognitive function. These include “(1) perceptual and cognitive biases, (2) reasoning, (3) intelligence, critical thinking, and academic ability, (4) thinking style, (5) executive function and memory, and (6) other cognitive functions.”

The strongest link found across the largest number of studies was something researchers term an intuitive thinking style. Someone with this thinking style is more likely to ignore facts and go with feelings.

Researchers found other associations as well.

In another study, researchers “exposed participants to a magic performance and asked whether it was accomplished through (1) paranormal, psychic, or supernatural powers, (2) ordinary magic trickery, or (3) religious miracles.” In this study, confirmation bias (i.e., explaining the magic performance in terms of paranormal powers) was associated with higher levels of paranormal beliefs.

The study also noted a recent “representative survey” of paranormal beliefs in the U.K., which showed that 33% believe in the paranormal, and another 21% are unsure. Of those who either believed or were unsure, 40% said: “they had seen or felt the presence of a supernatural entity.”

In their findings, the U.K team noted that most of the studies rated as either good or excellent quality, with only one shown to have poor methods or study controls. “The review found that most of the 71 studies were of good methodological quality and that quality has improved over time,” the release explains, “for instance, most had clear objectives and appropriate study designs.”

However, the study authors note, “certain areas for improvement emerged; for instance, many studies lacked a discussion of their own methodological limitations, and undergraduate students made up a large portion of study participants, meaning that the findings may not necessarily apply to the general population.”

The researchers also note that while their meta-study found a wide range of cognitive deficits associated with paranormal beliefs, no one deficit stood out above the others.

“Our narrative synthesis indicates high heterogeneity of study findings,” the paper reads. “The most consistent associations emerge for paranormal beliefs with increased intuitive thinking and confirmatory bias, and reduced conditional reasoning ability and perception of randomness.”

Why Does Being Fat Increase Your Risk of Cancer?

Instead, say researchers, there may be a single, elusive mechanism behind the associations since they occur across different areas of cognition previously believed to operate independently of one another.

“At a conceptual level, we argue poorer cognitive performance across seemingly disparate cognitive domains might reflect the influence of an overarching executive dysfunction,” they write.

Although researchers found no specific profile of cognitive function and paranormal beliefs, they still concluded that “most of the findings align with the hypothesis that such beliefs are associated with cognitive differences or deficits.”

To further clarify the link and the cognitive mechanisms behind it, the research team suggested that future research “could not only address the methodological weaknesses they observed,” but targeted study efforts could “also explore the possibility that paranormal beliefs might be associated with a more overarching difference of cognition.” This type of analysis, they say, “could help explain why past studies have found links with seemingly disparate types of cognitive dysfunction.”

“Four decades of research suggests that belief in the paranormal is linked to our degree of cognitive flexibility and fluid intelligence,” the authors conclude, “however, methodological improvements in future research are required to further our understanding of the relationship.”