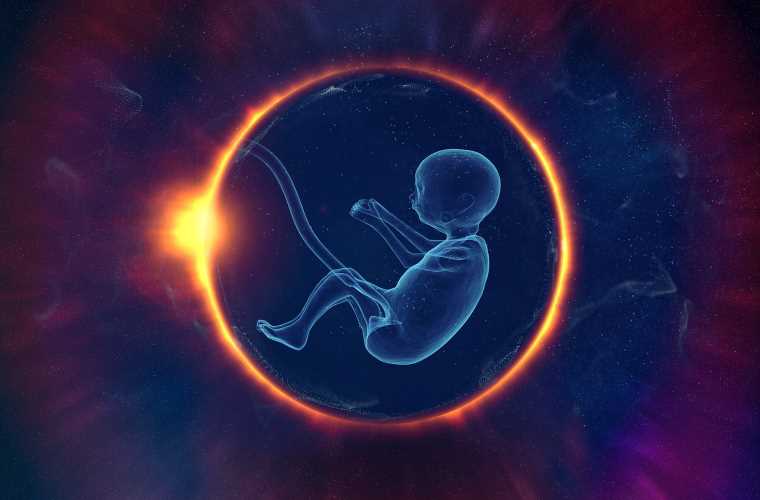 In yet another clue that the origin of all life may be extraterrestrial, NASA says it has found all pieces of DNA and RNA inside meteorites. Previous efforts to locate life’s building blocks within meteorites had failed, with researchers finding only three of the five nucleobases that make up DNA and RNA. However, a new approach led by NASA and an international team of scientists says they have found the final two elusive nucleobases. Scientists have now found that all five of the building blocks for all life on Earth can be created in space and need not originate on Earth.

ORIGIN OF LIFE AMONG OLDEST QUESTIONS

No one knows where life comes from. Religious scholars and philosophers may offer a wide range of potential explanations. Still, most scientific theories point toward Earth as the birthplace of all life since it is the only place such life has ever been found.

Recent discoveries in the clouds of Venus and the sands of Mars hint at other possible origins, but none of those discoveries are confirmed. Plus, given the proximity of both planets to Earth, any life found at either location could still be terrestrial in origin.

Earlier this year, The Debrief reported on the discovery of complex peptide chains within meteorites. Peptides are chains of individual simple organic molecules, often referred to as the building blocks of life. Now, this latest announcement from NASA says that all of the components of DNA and RNA have been found in meteorites as well, potentially changing the discussion about the true origin of life.

ALL COMPONENTS OF DNA AND RNA CREATED IN SPACE, NOT EARTH

“We now have evidence that the complete set of nucleobases used in life today could have been available on Earth when life emerged,” said Danny Glavin, a co-author of the paper at NASA’s Goddard Space Flight Center, in a press release announcing the breakthrough discovery.

Led by Associate Professor Yasuhiro Oba of Hokkaido University, Hokkaido, Japan, and published in the journal Nature Communications, the research paper explains how the team used a new method and a new set of analytical tools to detect the elusive nucleobases.

Previous methods saw researchers grind up pieces of meteorites into dust, forming what they termed a “meteorite tea.” When researchers extracted the molecules from the meteorite dust into the solution, they found some, but not all, of the nucleobases that make up DNA and RNA. Specifically, they had been missing cytosine and thymine.

“We study these water extracts since they contain the good stuff, ancient organic molecules that could have been key building blocks for the origin of life on Earth,” said Glavin.

Still, the hot tea may have been destroying the missing nucleobases since they are much more delicate than those already found, so the team replaced the bath of hot formic acid, which is highly reactive, with a bath of cool water. The improved approach paid off with newer, more sensitive analytics, revealing the final two nucleobases.

“This group has managed a technique that is more like cold brew than hot tea and is able to pull out more delicate compounds,” said Jason Dworkin, a co-author of the paper at NASA Goddard. “I was amazed that they had seen cytosine, which is very fragile.”

Following the discovery of complex peptide chains forming in space rather than here on Earth, this new evidence showing all five of the components of DNA and RNA can also form in space seemingly nudges the argument forward that life may indeed have an extraterrestrial origin.

“This is adding more and more pieces; meteorites have been found to have sugars and bases now,” said Dworkin. “It’s exciting to see progress in the making of the fundamental molecules of biology from space.”

Or, as the authors of the peptide chain meteorite study said: “Now that it is clear that not only amino acids but also peptide chains, (ad now the components of DNA) can be created under cosmic conditions, we may have to look not only to Earth but also more into space when researching the origin of life.”