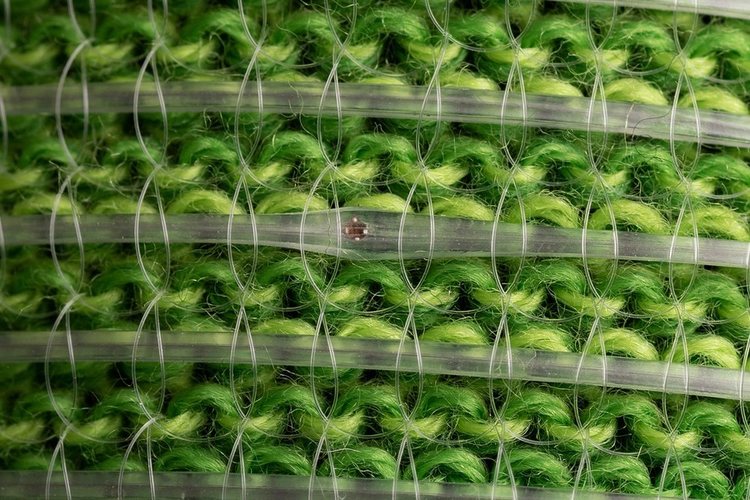 In a study recently published in Nature Communications, researchers at the Army’s Institute for Soldier Nanotechnologies at the Massachusetts Institute of Technology say they have developed an AI-enabled programmable fiber capable of serving as a digital interface.

According to Army Research Labs, when sewn into a piece of clothing, the new fiber can sense, store, analyze, and, using artificial intelligence, can infer a wearer’s activity. The Army says this new technology could be integrated into military uniforms to record a host of vital information, such as a warfighter’s health or to monitor potential environmental hazards.

“We could outfit our Soldiers with uniforms that could generate power, give them vital information about their physiology and environmental exposures, provide their location to their team and alert someone if they incur an injury. All of this could be done with very little increase in weight carried by the Soldier.”

In the published study, researchers explained that the new digital fiber was created by placing hundreds of square silicon microscale digital chips to create a preform to generate a polymer fiber. The result was a programmable fiber that could maintain continuous electrical connections between microchips for over 32 feet.

Researchers say the new fiber is thin enough to pass through the head of a needle and can be easily sewn into a piece of fabric. In terms of durability, researchers say the programmable fiber was tested and shown to be capable of being washed 10 times without showing signs of breaking down.

“When you put the fiber into a shirt, you can’t feel it at all. You wouldn’t even know it was there,” said Dr. Gabriel Loke, MIT doctoral student, and co-author on the recent study.

According to Army Research Labs, this is the first-ever development of a digital fiber, capable of encoding discrete bits of information processed in 0s and 1s. Previous electronic fibers have been analog and only capable of carrying a continuous electronic signal.

In a press release by DEVCOM, MIT material science professor and co-author Yoel Fink said the new programmable fiber can enhance the ability for a fabric to reveal hidden patterns for physical performance monitoring, medical inference, and early illness identification.

Researchers say the programmable fiber demonstrated itself capable of reading, writing, and storing information, including a 767-kilobit short movie and a .48-megabyte music file. Data can be stored in fiber for up to two months without power.

In addition to storing significant amounts of information, the new programmable fiber incorporates a neural network of 1,650 connections, allowing it to “think” for itself through artificial intelligence.

Researchers used the programmable fiber to collect 270 minutes of surface body temperature data during the study while a wearer engaged in different physical activities. Training neural networks on this data, the fiber was able to determine with 96% accuracy the activity the wearer was participating in.

“Fabrics with digital components can collect a lot of information across the body over time, and these lush data are perfect for machine learning algorithms,” said Dr. Loke.

By incorporating artificial intelligence, researchers say the new programmable fiber could someday sense and provide soldiers with real-time alerts to health concerns such as respiratory decline or irregular heartbeats. Army Labs say the material could similarly provide warnings that troops have been exposed to an environmental toxin.

Presently, programmable fibers are controlled by a small external device. Researchers say the next stage of development will involve designing a new chip as a microcontroller connected within the fiber itself.

“When we can do that, we can call it a fiber computer,” said Dr. Loke.