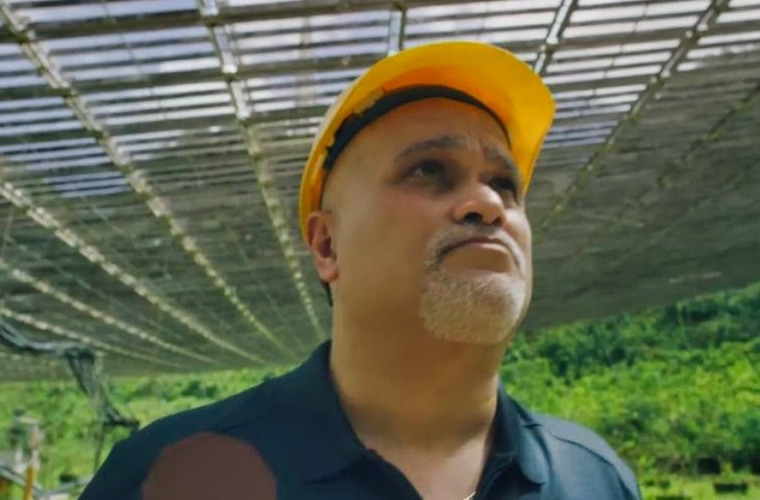 
NASA Chief says they will look into UFOs, but the actual scientists say it's not enough. They need the raw data.

On the heels of recent statements by Bill Nelson saying NASA would begin studying UFOs, the space agency’s new chief says he thinks “we are not alone.” While many at NASA have been left scratching their heads, one renowned astrobiologist, Abel Mendez, says it’s a moot point unless NASA can get its hands on the classified UFO data held by the Pentagon.

Following the newly released Department of Defense’s Unidentified Aerial Phenomena Task Force Report, Nelson, in a June 28th interview on CNN, stated, “I’ve seen the classified report. It says, basically, what we thought. We don’t know the answer to what those navy pilots saw. They know that they saw something. They tracked it. They locked their RADAR onto it. They followed it. It would suddenly move quickly, from one location to another.”

That account, says Nelson, along with the briefing he received three years earlier while part of the Senate Intelligence Committee, convinced him it was time that the top minds at NASA tried to help.

“What I asked our scientists to do, is to see if there is any kind of explanation from a scientific point of view,” said Nelson. “I’m awaiting their report.”

That announcement was met with a mix of controversy and enthusiasm. However, one astronomer told The Debrief that even the brightest scientists could offer little help without seeing the classified evidence.

“The Department of Defense has to publicly release all data if it really wants help to understand UAPs,” said Astrobiologist Abel Mendez, the Director of the Planetary Habitability Laboratory at the University of Puerto Rico (the organization which collaborates with the operation of the destroyed and famous Arecibo Radio Telescope), in an email to The Debrief.

“Unless this happens,” added Mendez, “there won’t be an effective contribution by NASA or the scientific community into solving the source of the UAPs.”

Background: Do Scientists Believe in Aliens?

Historically, mainstream astronomers like Mendez and other NASA scientists have been among the most critical of the idea that UFOs may represent craft from a non-human, extraterrestrial intelligence, particularly for the glaring lack of physical evidence.

Seth Shostak, the public face of the more conventional Search for Extraterrestrial Intelligence (SETI) effort popularized in the book and movie Contact, wrote a piece about the ‘UFOs are aliens’ idea on the SETI website in August 2020.

In that critically toned piece, Shostak states, “Humans have always been tempted to ascribe strange phenomena to the workings of superhuman beings, much as the Greeks argued that lightning bolts were javelin tosses by Zeus.”

Like the statement from Mendez asking for scientists to be let into the data loop, Shoshtak’s post reaches a mostly similar conclusion.

“But science demands that any hypothesis be supported by detailed, repeatable, and impartial observations. Those are lacking here.”

A similar reluctance has often been displayed by none other than Neil DeGrasse Tyson. Arguably the most famous of the world’s current astrophysicists, like Shostak, has shown little openness to the ‘extraterrestrial idea’ without physical evidence.

“If a UFO beams you up,” says a June 28th tweet from Tyson, “steal a gizmo from the shelf when the Alien isn’t looking. Bring that to the lab – you’ll need it to supplement your eyewitness testimony.”

Tyson went even further, also tweeting, “The search for Aliens on Earth has been crowdsourced to three-billion internet-connected smartphones around the world. If our best evidence for visitors from another planet is monochromatic low-resolution, fuzzy video taken by the US Navy, then there’s more work to be done here.”

Nelson, a former US Senator and not a trained scientist, is in the unique position to ask some of the world’s top scientists to put their collective intellect into trying to solve the questions posed by those pilots and the UAPTF report without any scientific prejudice. And, according to Nelson’s own words, that is precisely what he plans to do.

“I talked to the Navy pilots when we were briefed in the Senate Armed Services Committee,” Nelson told CNN, explaining why he felt it was time for NASA to get involved, “and my feeling is that there is clearly something there. It may not necessarily be an extraterrestrial, but if it is a technology that some of our adversaries have, then we better be concerned.”

Somewhat unexpectedly, when asked by CNN’s Pamela Brown if he personally thought the 140 plus incidents cataloged by the UAPTF represented a technological breakthrough by one of those adversaries, Nelson signaled his own doubt before seeming to direct the conversation back to the extraterrestrial hypothesis.

“We don’t think so,” said Nelson. “But when it comes to the universe, the universe is so large we have a program at NASA called the Search for Extraterrestrial Intelligence.”

On the heels of these recent statements, a newly updated ‘FAQ’ page titled “Unidentified Aerial Phenomena (UAPs/UFOS)” has been posted on the official NASA site. It primarily details more conventional life hunting efforts by NASA scientists to look for biosignatures and even technosignatures both inside and outside our solar system. Still, it ends with a section specifically dedicated to UAPs.

“NASA does not actively search for UAPs,” that section reads. “However, through our Earth-observing satellites, NASA collects extensive data about Earth’s atmosphere, often in collaboration with the other space agencies of the world.”

That data, says NASA, is “not specifically collected to identify UAPs or alien technosignatures,” but is publically available and could theoretically be searched for such information.

“While NASA doesn’t actively search for UAPs,” the FAQ page adds, before seemingly also hinting at a similar lack of shared, top-secret data, “if we learn of UAPs, it would open up the door to new science questions to explore.”

Such an evidentiary finding would mean atmospheric scientists, aerospace experts, and other scientists “could all contribute to understanding the nature of the phenomenon” before concluding, “exploring the unknown in space is at the heart of who we are.”

Following the DoD report and these latest statements by NASA, both in print and in the Nelson interview, it appears that, unlike Mendez, at least some of the mainstream scientific community may finally be warming up to the idea of looking into UFOs.

Just last week, Harvard Physicist Avi Loeb told Michael Mataluni of the Singularity Lab that he would be open to joining, or even leading, such an effort.

“The scientific community has an obligation to examine these objects and figure out what they are,” said Loeb. “And we can do that with existing instruments, and it will not be a mystery once we collect the data.” Towards that end, Loeb added, “I’m willing to engage in such a study myself or lead such a study. If there are people willing to fund it, either in the federal funding line or in the private sector.”

This overall shift in attitude was also characterized by SETI proponent John Gertz in a recent opinion piece for Scientific American titled “Maybe the Aliens Really Are Here.”

“SETI usually requires a graduate degree in astronomy,” Gertz wrote, “and its scientists tend to disdain UFOers for requiring nothing more than a camera that takes blurry photos and a butterfly net in case a little green man appears.” Gertz stated, “However, the two camps may be moving closer together.”

Professor Mendez, whose Arecibo telescope facility was famously featured in the alien-hunting movie Contact, offered a less than enthusiastic, if somewhat more conciliatory thought, to the idea of joining this type of scientific effort.

“Our work is not about the detection of life but to understand those environments capable or not to sustain life. Therefore, our work is little related to the current search for UAPs,” Mendez said. “We are willing to contribute to any NASA program within our expertise.”

Still, as the noted scientist claimed, without access to the entire collection of classified government data and evidence, even the most brilliant scientists will be of little help.

At the end of his interview, Director Nelson pointed to the intense public interest in this subject, even invoking classic sci-fi television in the process.

“Ever since that video from the Navy pilots came out, people are hungry to know,” said Nelson. “And of course, ever since Star Trek, people are yearning to find out what’s out there in the cosmos.”

With a sly grin crossing his face, Nelson then went on to note the age of the cosmos (nearly 14 billion years) as well as its immense size before once again observing how the public is hungry for answers and how until those answers are found, “we are gonna keep searching.”

When pressed by Brown for his personal beliefs, Nelson’s unexpected answer may represent the most significant shift in the attitudes of mainstream science toward the UFO topic since the 1950s.

“Are we alone?” asked Nelson. “Personally, I don’t think we are.”

Correction: In the original version this article, we stated that the Planetary Habitability Laboratory at the University of Puerto Rico operated the Arecibo Telescope. The organization uses the telescope for research, and the University of Central Florida operates Arecibo.