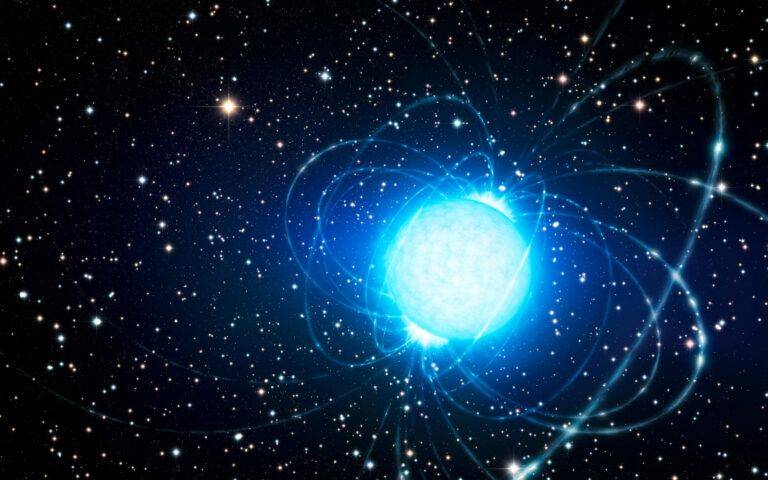 In a recent issue of Astrophysical Journal Letters, astronomers reported on an analysis of a “baby” cosmic object known as a magnetar. The object, named Swift J1818.0−1607, was discovered only this past March when it emitted powerful bursts of X-rays detected by an instrument onboard NASA’s orbiting Neil Gehrels Swift Observatory. Magnetars are rare cosmic objects formed when a star goes nova and are known to give off significant amounts of X-ray and gamma rays.

BACKGROUND: What is a ‘Baby’ Magnetar?

Why magnetars form is still debated. Some scientists theorize that, in rare instances, after a supernova, the resulting neutron star begins to spin so fast that its magnetic field increases significantly, creating a magnetar. Another theory proposes that the star’s magnetic field before its death causes these rare cosmic objects. If the star has a considerably higher magnetic field than the average, when that star enters its nova stage, the result will be a magnetar.

ANALYSIS: The Art of Magnetar Hunting

Astronomers Drs. Harsha Blumer and Samar Safi-Harb were intrigued by the previous discovery and used the Chandra X-ray Observatory, NASA’s flagship mission for X-ray astronomy, to take a closer look. Safi-Harb said the resolution on Chandra is so detailed, it’s like “reading a newspaper from kilometers away.”

If J1818.0−1607 was as close to us as the Moon, it would rip apart our bodies in an instant, destroying the bonds within the molecules themselves.

J1818.0−1607 is believed to be only about 20 miles wide and maybe the youngest of its kind known—only about 470 years old, a ‘baby’ compared with the age of other objects in the universe can be millions of years old. Furthermore, Blumer and Safi-Harb believe they have found a small nebula that may be part of the “echo” created when J1818.0−1607’s parent supernova exploded.

Safi-Harb says: “We think this tiny glowing patch is a halo resulting from the scattering of light by dust, but it could also be hiding underneath a nebula shining due to the relativistic particles and magnetic field injected by the magnetar. Time will tell.”

Magnetars are still a mystery, and developing more effective ways of detecting them will expand our understanding of stars and other cosmic objects.

The fact that it’s the youngest magnetar found allows astronomers the opportunity to watch it ‘grow up’ in real-time because most magnetars are already at an advanced age when they are first seen.