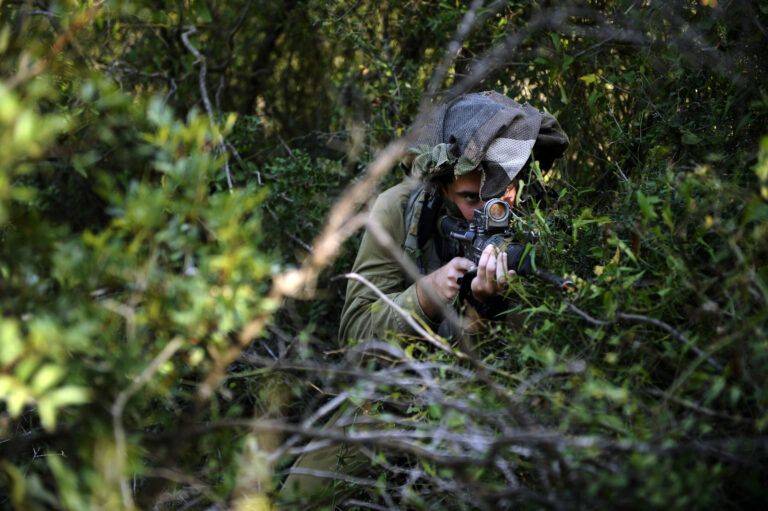 So far, no one has taken credit for the attack; however, hours after the news of Fakhrizadeh’s death broke, citing “one American official — along with two other intelligence officials,” The New York Times was already confirming Israel was behind the attack. That’s hardly a stretch, given the two nations’ contemptuous relationship and Israel’s steadfast commitment that Iran will never become a military nuclear power.

Ultimately, if indeed Israel is behind Fakhrizaheh’s death, it’s almost certain this was the work of a very shadowy and highly secretive Mossad sect: the Kidon.

The exact origins and background of Kidon are not well known. However, most accounts say legendary Mossad operative Mike Harari formed the unit in 1972 after the murder of 11 Israeli athletes by terrorist operatives of the Palestine Liberation Organization (PLO) during the Munich Olympics. Israel’s response to the Olympic athletes’ murders, “Operation Wrath of God,” is believed to be where Kidon initially honed its skills in covert assassinations.

According to former Mossad operations officer Mishka Ben-David, today’s Kidon operatives are hand-selected from within Mossad or one of the IDF’s special operations units. Some reports say that after spending up to 2 years training in the Negev desert, Kidon operatives are inserted deep into denied, occupied, and hostile territories outside of Israel.

Ben-David says secrecy around Kidon is so tight that members of the unit are entirely compartmentalized away from Mossad, and Kidon agents use assumed names even when interacting with Mossad operatives from other teams.

There have been several stories written about Kidon over the years, however because of their ultra-secretive nature, it’s ultimately nearly impossible to differentiate between fact and speculation.

While verifiable facts are hard to come by, analysis of past assassinations attributed to Kidon does offer some glimmers of insight into how the unit operates.

ANALYSIS: A Deep Dive into How Kidon Operates

When the United States carries out targeted killings, they overwhelmingly prefer to do so far removed from the action and through the use of airborne drone strikes. For Russia, their security services have long demonstrated a bias toward discreetly using highly toxic poisons. In contrast, Israel’s Kidon is known for dramatic assassinations that sound like scenes from an action movie.

In addition to Fakhrizadeh, Israel is the prime suspect for five successful assassinations of Iranian nuclear scientists from 2010 to 2012 and one attempted assassination. A 2007 gas poisoning of the co-founder of the Nuclear Technology Center of Isfahan, Ardeshir Hosseninpour, is additionally suspected also to be the work of Kidon.

The notably similar tactics used in previous attacks on Iranian scientists have in effect become the unspoken calling card of Kidon.

In most past incidents, gunmen, motorcycles, and/or car bombs have been the favored methods in assassinations attributed to Kidon. There are also notable cases in which other Israeli agents have demonstrated their prowess for asymmetrical and unconventional methods for killing.

Since 1972, there have been nearly 100 assassinations believed to have been carried out by Israel, including Kidon. While some of those suspected cases have been confirmed by other Intelligence services or unofficially by Israeli officials, as a matter of policy, Israel does not officially confirm or deny their involvement in covert assassinations.

OUTLOOK: The Future of ‘The Hit’

Citing information leaked to him by Iranian government and Iranian Revolutionary Guard officials, Ahwaze said the team of assassins knew the exact date, time, and route a three-car convoy would be traveling as they made their way to Fakhrizadeh’s private villa in Absard, a city near Tehran.

According to Ahwaz, operatives cut off power to the Absard area 30 minutes before the attack, and a team of 12 assassins — including gunmen in a Hyundai Santa Fe SUV, on motorcycles, and a group of snipers — lay in wait to ambush the protection detail near a roundabout entering the city. As the motorcade reached the area, leakers told Ahwaze that a booby-trapped Nissan pickup truck exploded, and the gunmen unleashed a hail of bullets on Fakhrizadeh’s car.

Ahwaz said, “According to Iranian leaks, the leader of the assassination team took Fakhrizadeh out of his car and shot him and made sure he was killed.”

Reports say assailants injured several members of Fakhrizadeh’s security team during an ensuing gun battle. None of the assassins are believed to have been injured, and thus far, all have eluded capture by Iranian authorities.

Mohamad Ahwaze, the London-based Iranian journalist who shared these new details Sunday on Twitter, is known for having some deep sources inside the secretive Iranian regime. In March, Ahwaze exposed the extent of the Covid-19 pandemic in Iran and published disturbing videos showing body bags strewn about the floors in an Iranian hospital.

So far, Iran has not officially confirmed Ahwaze’s leaked information and semi-official Iranian news reports on Fakhrizadeh’s death have been conflicting.

According to one report published Sunday by Fars News, Fakhrizadeh was shot and killed by a remote-controlled machine gun fired from over 150 yards away. Citing Secretary of the Supreme National Security Council Ali Shamkhani, Fars News said no persons were present on the scene and the assassination was carried out with “electronic equipment.” Curiously, Fars News quotes Shamkhani as saying Iranian intelligence systems “accurately predicted” the assassination plot, including the exact location it would occur, though security officials failed to thwart the attack.

If history is any indication, any official info from Tehran will likely be obscured and filled with misinformation. Likewise, it’s unlikely that Israel (or any other country for that matter) is going to step up and claim responsibility for Fakhrizadeh’s death. Nevertheless, the accounts of a brazen daytime assassination of Iran’s chief nuclear scientist with car bombs and gunmen (possibly on motorcycles) bear the hallmarks of being a Kidon hit.