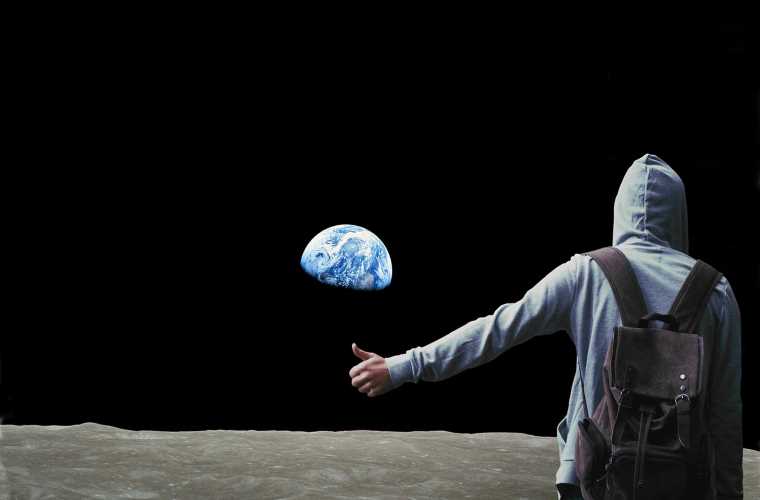 Future NASA astronauts will map the Moon, Mars, and other worlds using a portable, lidar-equipped backpack. Derived from the term “RADAR,” lidar systems use a laser to measure ranges and relative distances. When incorporated into a portable backpack like the one currently being tested by NASA, this technology will allow for a detailed mapping of foreign terrain, even those found beyond Earth.

THERE IS NO GPS ON THE MOON OR MARS

Earthlings navigate several different ways, but astronauts don’t have the advantage of GPS or familiar landmarks to help them determine locations and distances. This shortcoming is becoming increasingly prominent as NASA prepares to return to the Moon and put the first human footprints on Mars.

Hoping to help future explorers map their environments, especially off-world colonists who may endeavor to make those cosmic destinations their home, NASA has developed the Kinematic Navigation and Cartography Knapsack, or more simply, KNaCK.

According to a NASA press release, “KNaCK is a mobile lidar scanner – a remote sensing method that uses light detection and ranging laser light to measure range. Donned like a hiker’s backpack, it makes use of an innovative type of lidar called frequency modulated continuous wave (FMCW) lidar in order to provide Doppler velocity and range for millions of measurement points per second.”

“These measurement points instantly create a real-time navigation system,” the release adds, “delivering to the explorer a 3D “point cloud” or high-resolution map of the surrounding terrain.”

“As human beings, we tend to orient ourselves based on landmarks – a specific building, a grove of trees,” said Zanetti. “Those things don’t exist on the Moon.”

“KNaCK will continuously enable explorers traversing the surface to determine their movement, direction, and orientation to distant peaks or to their base of operations,” said Zanetti. “They can even mark specific sites where they found some unique mineral or rock formation, so others can easily return for further study.”

On Earth, navigation tools this precise are often a luxury. But on the Moon and Mars, determining how far away a destination is in minutes and seconds may be the difference between life and death.

“[KNaCK] also will help ensure the safety of astronauts and rover vehicles in a GPS-denied environment such as the Moon, identifying actual distances to far-off landmarks and showing explorers in real-time how far they’ve come and how far is left to go to reach their destination,” explains Zanetti.

MORE TESTING AND MINIATURIZATION BEFORE KNACK LIDAR GOES TO SPACE

The KNaCK team says there is still a lot of work to do before astronauts use their system to map the surface of an alien world.

First, they would like to do more field testing of the system. Next, they want to look into shrinking the system down, so it is less than the prototype’s 40 lbs. Finally, the team hopes to harden the system’s sensitive electronics against solar radiation and the effects of microgravity.

“Taking advantage of the latest advancements in lidar technology from Aeva, our next-generation space-hardened unit with support from Torch Technologies will be about the size of a soda can and could enable lunar surface operations like never before,” said Zanetti.

In fact, the team leader says he envisions mounting his slimmed-down lidar mapping system on an autonomous rover or even directly onto the side of an astronaut’s helmet, freeing them to carry other supplies in their backpack. We vote for moon pies.