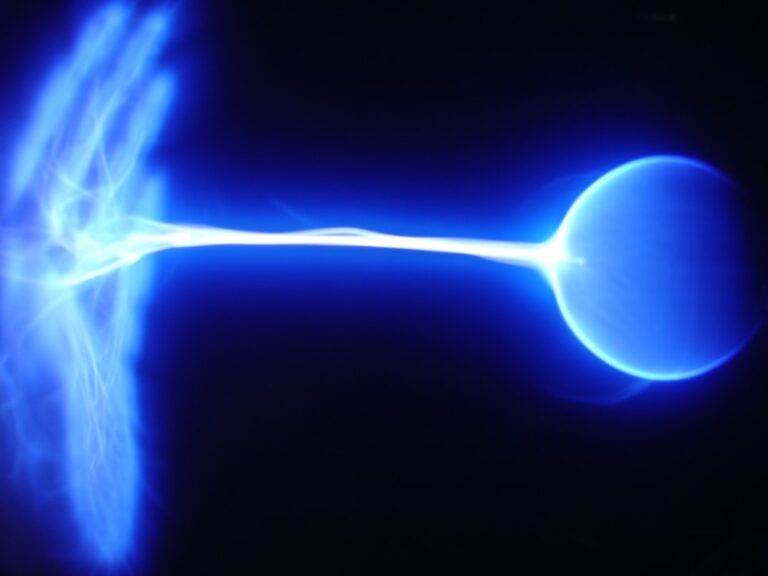 Of the many types of unidentified aerial phenomena (UAP) that are frequently reported, along with discs, triangles, and the more recent reports of “tic tacs,” another common variety involves “orbs” or spheres.

Generally described as a ball emitting light ranging in size from a beach ball to a city bus, these objects have reportedly been seen chasing aircraft at high altitudes and tremendous speed, or drifting slowly close to the ground. Some reports claim that they have even passed through closed glass windows into buildings where they vanish, sometimes accompanied by a popping sound.

Skeptics often dismiss sightings of UAP as ball lightning, yet for the many instances where it is cited, very little hard data about ball lightning is provided. This leads to a number of understandable questions; is ball lighting even real? And if so, how does it work? With this in mind, The Debrief decided to take a deep dive on the subject, speaking to experts and looking into some of the existing research on the often cited, but little-understood phenomenon that is ball lightning.

One of the most frustrating aspects of the ball lightning debate is the lack of solid video or photographic evidence of reliable provenance. Many balls of light are regularly filmed in the skies, but they don’t provide much in the way of data. While searching for better source material, we put the question to a variety of UFO enthusiasts on social media. One of the most common responses was some variation of “the one filmed on the railroad tracks.” That video certainly does exist and it’s spectacular. See for yourself.

Unfortunately, despite how impressive the video may be and how widely it has been circulated in the ufology community, it’s not an actual video of a weather phenomenon. This footage was first posted by YouTube user Andrei Trukhonovets in May 2019. He included a note saying that the video “featured CGI” and was created “when I just started to learn computer graphics thus it has a lot of mistakes here and there.”  Other videos purporting to show the phenomenon at close range have thus far turned out to be of dubious origin at best.

We began with the assumption that ball lighting is, in fact, actually “lightning.” Normal cloud-to-cloud or cloud-to-ground lightning is something nearly everyone has seen and it’s well understood. But a lightning bolt that is somehow captured in a shape resembling a globe seems very different. Since lighting is a weather phenomenon, The Debrief reached out to NBC News Chief Meteorologist Bill Karins to find out what was known about this subject in his branch of science.

Karins told us that this is a subject he’s looked into many times. He pointed us to the current description of ball lightning provided by the American Meteorological Society. Their description matches most of the ones heard in UAP lore, but they offer an important caveat. It reads:

“Considered controversial due to the lack of unambiguous physical evidence for its existence, ball lightning is becoming more accepted due to recent laboratory recreations resembling ball lightning. Despite the observations and models of these fireballs, the exact mechanism(s) for naturally occurring ball lightning is unknown.”

Karins went on to add that “Not a lot is known about it.”

Other research in this field suggests that the word “lightning” may simply be a misnomer, leading to the lack of explanations from the field of meteorology. In fact, looking for any explanation based on electric current presents considerable challenges. As professionals from the field of electronics technology confirm, the reason that electricity is such a useful servant for mankind’s technological ambitions is that it is so reliable.

Direct Current (DC) electricity, such as is stored in a battery, always flows from the positive electrode, or anode, to the negative electrode, the cathode. It always takes the path of least resistance and does not care that it’s lighting up your Christmas bulbs or boosting the signal in your headphones along the way.

Lightning bolts act in the same fashion when a positive charge builds up in storm clouds due to friction between the suspended molecules until it finally overcomes the resistance of the air and surges to the ground in spectacular fashion. Flowing current does not hover in a bubble of air. Also, glass is an excellent insulator in terms of electric current and ball lightening would not “float” through a windowpane. So another explanation is required.

For a non-electrical explanation, The Debrief turned to the work of University of Canterbury engineer, Dr. John Abrahamson. As he suggested, “ball lightning could be the result of vaporized ground material being pushed up by a shockwave of air. The vaporized silica condenses into nanoparticles – microscopic particles with at least one dimension less than 100 nanometer – and is bound together by electrical charges. It glows hot due to a chemical reaction between the silicon and oxygen in the air.” Such conditions exist when a lightning bolt strikes the earth.

Dr. Abrahamson’s original research may have proven prophetic. A team of researchers in China conducted a study of normal, cloud-to-ground lightning in July of 2012 using both video cameras and a spectrometer and they managed to capture an example of ball lightning. The spectrometer detected silicon, iron, and calcium in the glowing orb.

In other words, the elements commonly found in the dirt that the lightning bolt struck. You can view the video of this event at Physics.APS.org (although we should warn you in advance that the ball lightning was roughly the size of a golf ball and lasted for a mere 1.3 seconds).

Other researchers have identified different examples of fireballs produced by electrical current during lightning strikes. These include one study published in the journal Nature, showing that pockets of combustible gasses such as propane or methane have been ignited during a lightning strike. This is not unusual, since you can see similar displays above drilling rigs when they “flare off” excess gasses on any given evening. But once again, these are not electrical in nature. They are literally “fireballs” and they are of short duration and they move in predictable patterns.

Conclusions: Ball “Lighting” is Real, but can it Mimic UAP?

Effects that produce something that definitely resembles what we typically think of as being “ball lighting” have definitely been observed. They occur in nature as previously described. Some exotic examples have been produced in laboratories, following the “relativistic microwave theory,” but they require complex environmental constraints not found in nature. But fireballs are readily explainable and follow predictable patterns.

With all of this information at hand, how do these examples match up against the descriptions we’ve seen of “orb” UAP? If you saw one drifting along for a few seconds above the ground immediately after a lightning strike, you may well have seen ball lightning and could be forgiven for believing you’d observed something paranormal or even extraterrestrial. But none of the explanations described above produce a glowing orb capable of flying high above the earth and maneuvering at high speeds or even dipping into the water as some transmedium UAP sightings describe.

So if these orbs are real and they don’t fit in with the known criteria describing observed “ball lightning,” what are they? That is a question for another article.