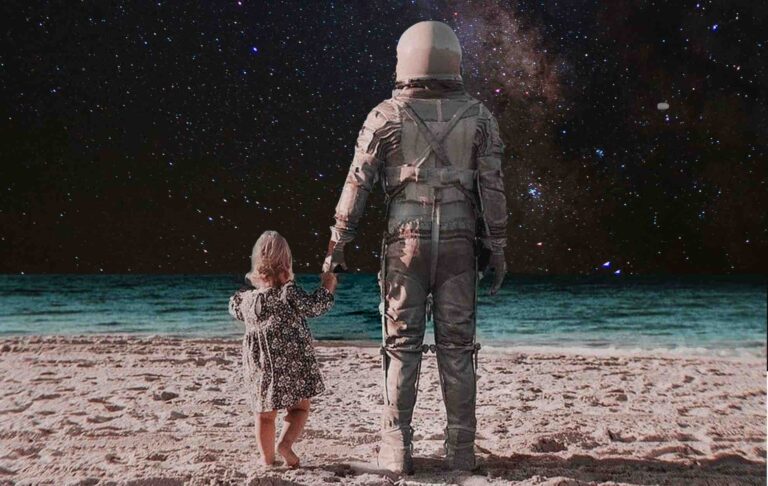 Survival of the Optimist: Designing Our Indefinite Future in Space

There is a symmetry between the beginning and end of our life. At both times we are helpless and need support from our environment to survive. And both moments represent a diminished version of our mental and physical self.

In his recent New York Times podcast, Ezra Klein discussed a question from his audience on whether those who care about the environment should opt not to have kids, given the implications for climate change.

In my opinion, opting to not have kids is equivalent to giving up hope for continuing life. Albert Camus started his essay The Myth of Sisyphus: “There is but one truly serious philosophical problem, and that is suicide. Judging whether life is or is not worth living amounts to answering the fundamental question of philosophy.” To which I would add: “Judging whether a civilization is worth longevity is the fundamental question of science.”

We live our natural life without knowing the timing of the end. The only circumstances that could alter this uncertainty are offered through suicide, as recognized by Camus. This applies to individuals but also to our entire civilization if we choose not to have kids.

A better path forward is to maintain the procreation of life and take responsibility to design a future that improves on our past. As a species, we should aim to break the symmetry between the beginning and the end in the life of an individual. Our common strategic goal should be to avoid an end to our civilization.

Maintaining the progression of our civilization, and its future in space, as w might be a self-fulfilling prophecy.  Our species could, in principle, have no expiration date if we supplement Darwin’s natural selection from our past by technological selection for our future. The overarching goal should be to acquire longevity. Over billions of years, this is best accomplished by spreading into space and avoiding a single point extinction by a catastrophe on a temporarily-habitable planet like Earth.

Longevity is worthwhile as long as it promotes legacy principles, such as the accumulation and sharing of scientific knowledge, cooperation, and generosity.

In the context of sharing cosmic knowledge and our future in space, our survival plans could benefit from lessons we learn from encountering extraterrestrial civilizations that have had a longer cosmic experience. It is very unlikely that we will encounter another civilization that experiences exactly our state of scientific development. Our modern science is only a century old, offering a time window that is merely one part in a hundred million of the age of the universe. We are most likely to encounter civilizations that are either much more primitive or much more advanced than we are. The primitive ones did not venture into space and can only be found on the surface of their home planet, at a typical Galactic distance of tens of thousands of light-years. The very advanced ones – if they exist – might be visiting us.

It is easier to learn from experiences closer to home. Gladly, this is the location where we might find the more intelligent products of advanced civilizations. Studying such equipment could trigger a leap of progress in our scientific and technological knowledge.

Climate Scientists Want To Use Our Poop To Feed and Fuel the World, and It’s A Genius Idea

In order to learn, scientists must admit that their knowledge is incomplete.  This applies in particular to the scientific study of Unidentified Aerial Phenomena (UAP), which were discussed by Congress and NASA last month as new objects in our sky whose nature is unknown. The Galileo Project aims to assemble better scientific data about UAP through new telescope systems, and check whether any of them might be of extraterrestrial origin.

Instead of opting not to have kids because of the calamities awaiting Earth, we better plan on having numerous kids, both biological and technological, who will design our indefinite future in space. Others may have done so already, and we can benefit from their optimistic foresight. To paraphrase Darwin’s “survival of the fittest”, I call this principle in interstellar space “survival of the optimist.”