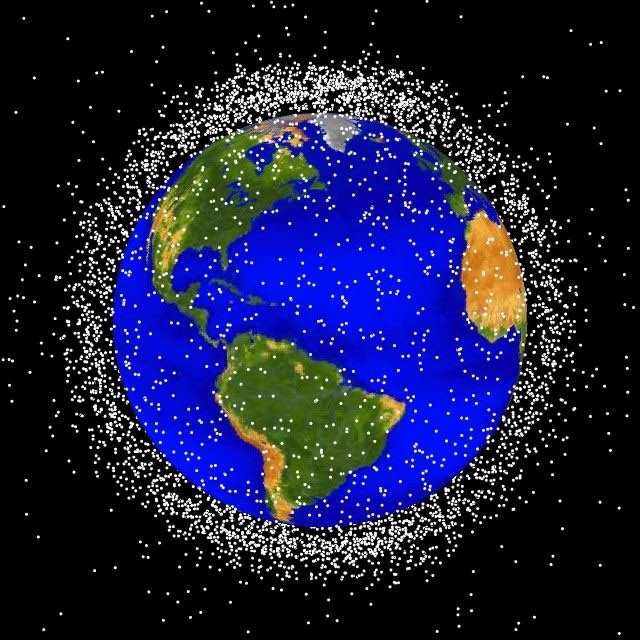 Earth ‘On Course’ for Saturn-Like Ring of Space Junk

Space Junk is filling Earth’s orbit so rapidly that one researcher recently said he believes we are on course to develop our own Saturn-like ring system made purely of orbital trash. Fortunately, the scientist behind the shocking claim believes he and his University of Utah team may have found a solution.

BACKGROUND: SPACE JUNK AND THE RISK OF COLLISIONS

In recent weeks, The Debrief reported on two separate incidents involving space junk created by anti-satellite missile tests that were so potentially catastrophic the crew of the International Space Station (ISS) had to re-adjust their orbit just to avoid smashing into the speeding pieces of debris.

Such incidents are becoming more frequent, and given the rapid rate of satellite launches, which shows no sign of slowing down, not to mention the unpredictability of Russia and China regarding more anti-satellite missile tests,  the precious real estate surrounding our home planet is only going to get more treacherous as time passes.

“Earth is on course to have its own rings,” said University of Utah professor Jake Abbott in a story for the Salt Lake Tribune. “They’ll just be made of junk.”

According to the European Space Agency (ESA), over 170 million pieces of space junk now litter the various orbital planes surrounding our home planet. Over 23,000 of these are sizable enough that the United States’ Department of Defense tracks them, hoping to avoid collisions with their own assets in space, as well as the ISS. Unfortunately, as professor Abbot points out, designing tools to grab those larger pieces of renegade space junk and haul them away is easier said than done.

“Most of that junk is spinning,” said Abbott, explaining one of many problems behind many space garbage removal ideas. “Reach out to stop it with a robotic arm, you’ll break the arm and create more debris.”

Specifically, a space probe designed with two extending arms that have magnets on each end, which can be pointed at any piece of space junk. By spinning the magnets, they create “eddy currents” of magnetism around the space junk, allowing the probe to manipulate it in space, pulling it in or pushing it away. Abbott and his team have already perfected a similar use of eddy currents that can be employed by eye surgeons to guide precision medication to the retina, and the process works even if the satellite isn’t made of magnetic material.

“They will work,” Abbott said of his space junk removing satellite proposal, which was published with his co-authors in the scientific journal Nature, “because of eddy currents.”

OUTLOOK: SPACE JUNK WILL NOT JUST GO AWAY

Although a significant percentage of space junk loses orbit over time and burns up in Earth’s atmosphere (or falls to Earth), the rate of new launches and other unpredictable events like anti-satellite missile tests virtually assures that the problem won’t go away on its own.

Technosignatures of Intelligent Aliens Could Be “Lurking” Nearby, Study Says


A group of researchers propose searching for "unusual signatures or phenomena" on the Moon, and even around Earth.

Numerous ideas are starting to be discussed, meaning it is likely only a matter of time before one of them is put into a real world test to de-orbit some large piece of space junk. One such system designed to help defunct satellites de-orbit themselves was tested successfully in 2019, although that system must be integrated into a satellite’s original design to be effective.

As usual, cost and potential effectiveness will likely decide which method to de-orbit or otherwise remove existing space junk is used first. However, if all things are equal, employing a real-world tractor beam does sound pretty cool.