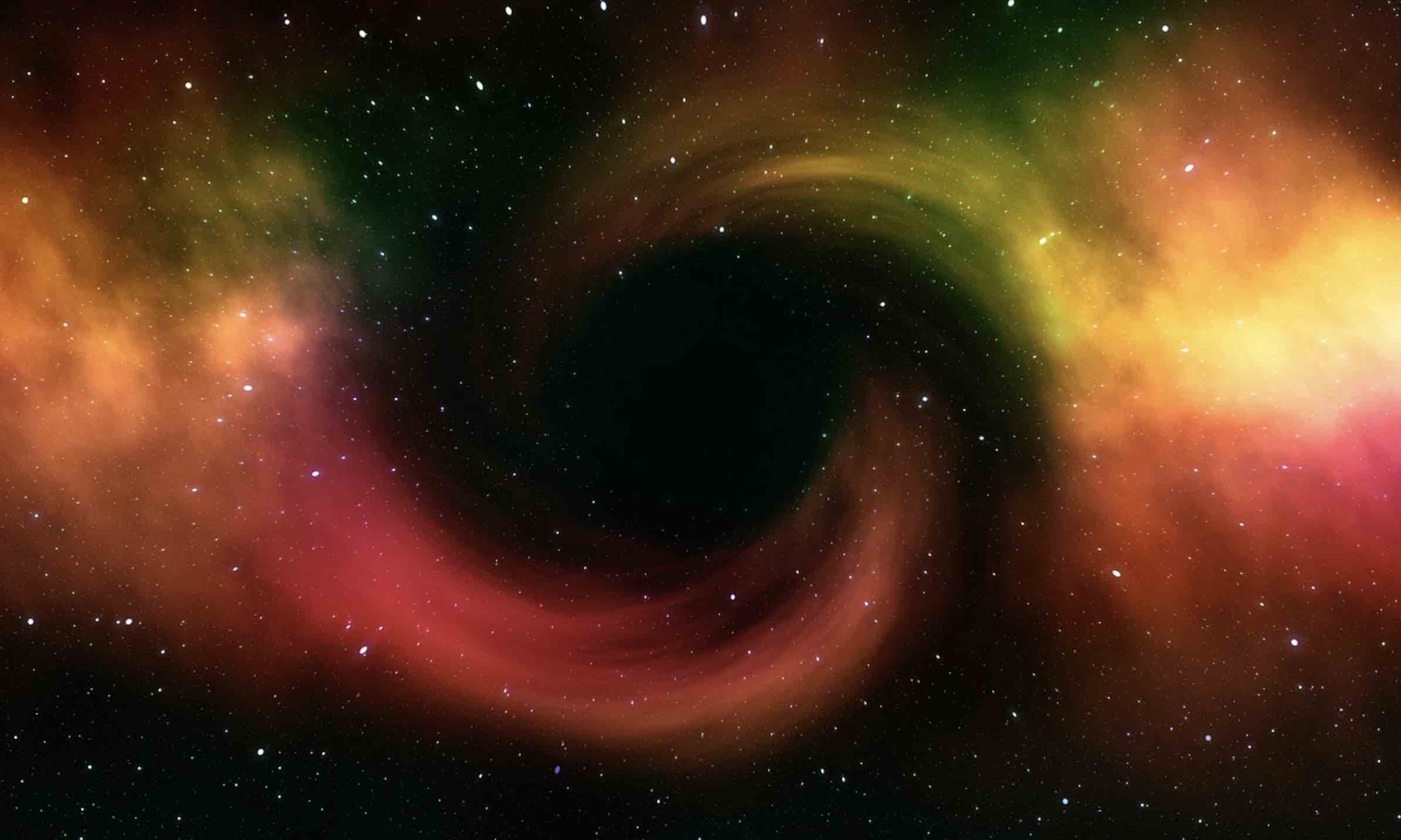 A team of physicists simulated a black hole in the lab, and then it suddenly started glowing. The researchers behind the incredible experiment say that the glow potentially indicates the presence of a phenomenon described by famed scientist Stephen Hawking known as Hawking Radiation and may even point the way toward a unified theory of gravity.

Some Things may Escape Black Holes after all

Historically, astronomers and cosmologists believed that the intense gravity created by a black hole was so powerful that nothing could escape its grasp, not even light. Hawking ultimately challenged this assumption way back in 1974 by postulating that the intense power of the black hole was likely disturbing the area of space/time around it, which, in theory, would emit a form of electromagnetic radiation now named for the famed physicist.

Years later, astronomical composite images of the area around a black hole within the supergiant elliptical galaxy M87 produced a visualization of a glowing area seemingly surrounding it, appearing to lend support to Hawking’s theory. Now, in this latest effort to simulate a black hole in the lab, researchers say it similarly produced telltale signatures that seem to support Hawking’s conclusions.

Of course, the researchers behind this latest find didn’t actually create a real-world black hole in the lab (as it would have devoured the lab, the planet, and maybe even the entire solar system). Instead, they created what is known as an “analog,” which is a fancy way of saying they used powerful computers to simulate the mathematics of a black hole. Still, their results seem to support Hawking’s prize-winning work.

Helmed by Lotte Mertens, a Ph.D. researcher at the University of Amsterdam in the Netherlands, and co-authored by researchers from Germany, Finland, and France, the research explaining the creation of a simulated black hole in a lab that started glowing is summarized in the journal Physical Review Research.

By employing a chain of atoms, the team was able to generate the conditions of a black hole’s event horizon, where they found that fine tuning the movement of electrons observed leaping from atom to atom along the chain caused certain properties to vanish. However, when the researchers produced changes in the fields of these electrons, the overall temperature of their simulated event horizon would rise. This was an exciting result, since the heat produced–that is, radiation–was a match for the theoretical conditions along the event horizon of a black hole under circumstances where portions of the atomic “chain” extended beyond it in the simulation.

In short, this type of performance by the particles that are entangled across the simulated black hole’s event horizon appears to indicate the presence of Hawking radiation.

Along with lending support to Hawking’s seminal work, the new experiment may offer tantalizing evidence that helps physicists solve the holy grail of science, uniting general relativity and quantum theory. That’s because general relativity, proposed by Albert Einstein, readily explains the effects of gravity on large-scale phenomena like people, planets, stars, and even galaxies. On the other side of the size scale, quantum mechanics helps scientists measure and quantify the behavior of the smallest parts of reality, mainly quantum particles that are smaller than a single atom.


This isn't the first time Russia has played fast and loose with its space assets.

Unfortunately, the two theories only work at their respective scales, leaving scientists unable to create a unified theory to explain the behavior of all types of matter at all sizes. However, the extreme nature of black holes, combined with their effects on both large-scale objects and quantum-scale phenomena, means that proving the existence of Hawking Radiation may be a key first step in unifying these two theories.

“This can open a venue for exploring fundamental quantum-mechanical aspects alongside gravity and curved spacetimes in various condensed matter settings,” the researchers explain in their paper.

Research is still ongoing, but the ability to simulate both a black hole and Hawking Radiation in a lab without creating an actual black hole could mean that a unified field theory may be closer than ever before.