The DOD’s 2022 China Military Power Report: An Estimate of the Situation 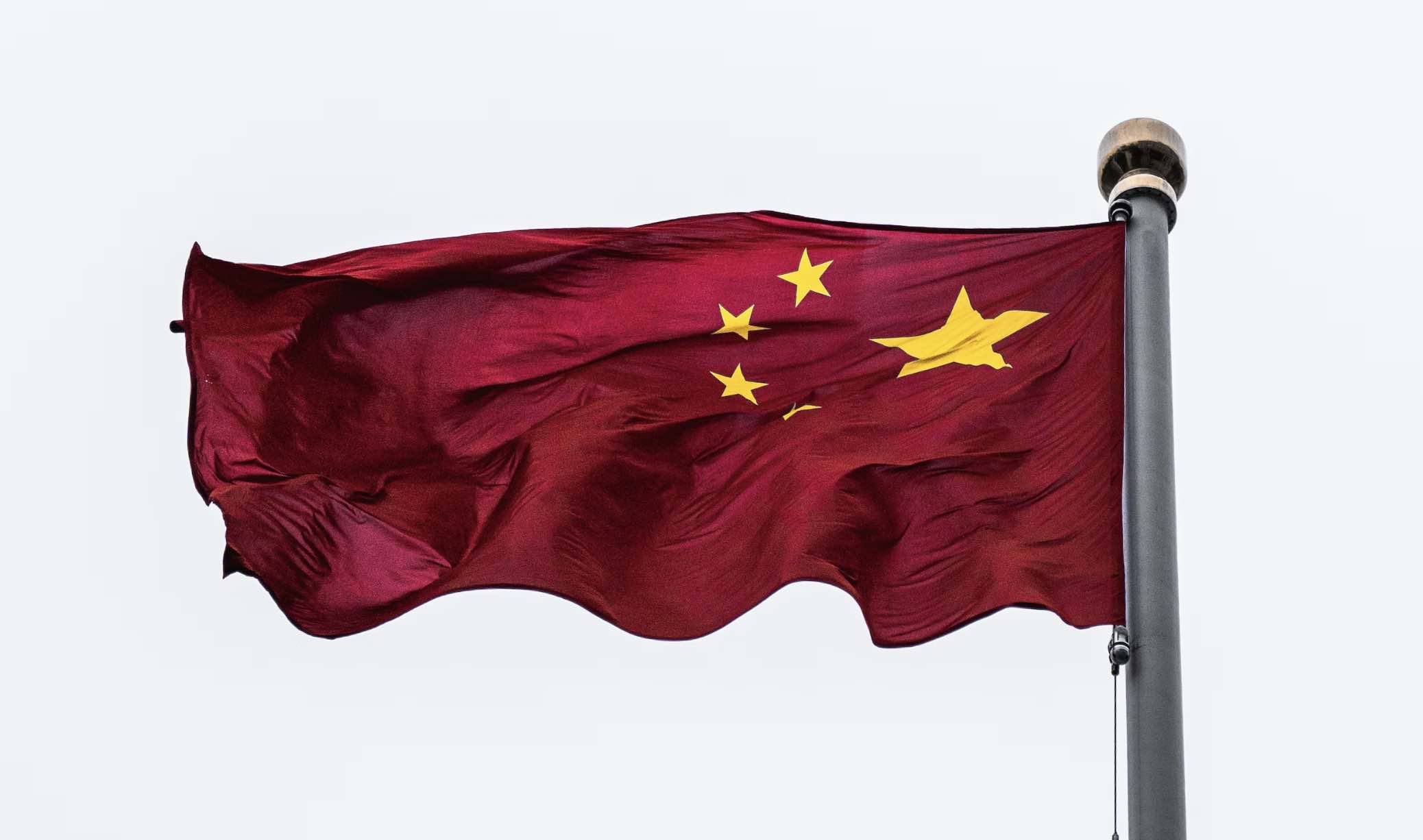 Welcome to this week’s installment of The Intelligence Brief… with the arrival of an annual Department of Defense report that identifies China’s military aspirations and ability to upset the international order, this week we’ll be taking a look at 1) an overview of what the 2022 report details and 2) several of the report’s key takeaways, with a focus on 3) China’s nuclear development, 4) what its military actions mean for Taiwan, and 4) what the introduction of “Multi-Domain Precision Warfare” means in the broader scope of China’s objectives.

“Our failure to properly deal with Germany and Japan early cost the world dearly later on. We dare not make the same mistake with China.”

Before we dive into things, a few stories we’ve been covering at The Debrief in recent days include how researchers from the University of Alberta say they have found two minerals hiding inside a recently fallen meteorite that have never been found before on earth. Also, on Friday, the public will finally get its first look at Northrop Grumman’s B-21 Raider. Here’s what we know about the world’s first sixth-generation aircraft. Also, several recent sightings of unidentified aerial phenomena (UAP) by American pilots may have been solved… but there are still a few outliers that warrant our attention. The Debrief takes a deep dive into what UAP sightings by pilots reveal about the safety of our airspace.

Meanwhile in video news, Chrissy Newton was recently joined on Rebelliously Curious by Dr. Robin D Hanson, an associate professor of economics at George Mason University and a research associate at the Future of Humanity Institute of Oxford University. Hanson joins us to discuss his “Grabby Alien theory,” along with his thoughts on UAP and related issues. And as always, you can find links to all of our recent stories at the end of this week’s newsletter.

With that all out of the way, it’s time to take a look at the DOD’s latest assessments of China and its military objectives, as outlined in its annual report on the nation’s defense and security capabilities.

This week, the Department of Defense released the 2022 installment of its annual China Military Power Report (CMPR), an annual assessment that examines the direction of the People’s Republic of China (PRC) and its military and security objectives.

The Congressionally mandated report arrived shortly after the release of the Department of Defense’s National Defense Strategy just weeks earlier, which had previously described the PRC as “the most consequential and systemic challenge to U.S. national security and a free and open international system,” according to a DOD statement.

Outlining China’s current warfighting capabilities and military development, the report recognizes the PRC as the only foreign adversary nation “with the intent and, increasingly, the capacity to reshape the international order.”

Based on this year’s assessment, the DOD focused on several key components of the PRC’s military development, ranging from its nuclear development programs to the increasing refinement of its island-capturing abilities. Let’s look at a few of the main takeaways from this year’s annual report.

Key Takeaways from the Report

Among the key concerns outlined in this year’s China Military Power Report report involves how the overall expansion of the PRC’s national power could potentially influence the international system as the PRC seeks to attain a “great rejuvenation of the Chinese nation” by around 2049.

“The PRC’s strategy entails a determined effort to amass and harness all elements of its national power to place the PRC in a ‘leading position’ in an enduring competition between systems,” reads a portion of the report. Echoing findings from the 2022 National Defense Strategy, the report added that the PRC currently “presents the most consequential and systemic challenge to U.S. national security and the free and open international system.”

Other key areas outlined in the report detail the PRC’s use of military coercion, with increasing reliance on the People’s Liberation Army (PLA) “as an instrument of statecraft in support of its national strategy and global ambitions.”

Among the most concerning developments outlined in the DOD’s annual report, China’s aims to strengthen its strategic deterrent capabilities have revealed a steady expansion and modernization of its nuclear forces.

“Over the next decade, the PRC aims to modernize, diversify, and expand its nuclear forces,” reads a portion of the report. “Compared to the PLA’s nuclear modernization efforts a decade ago, current efforts exceed previous modernization attempts in both scale and complexity.”

The report details that the PRC is upgrading its land, sea, and air-based capabilities in furtherance of its nuclear objectives, in addition to working to establish new fast-breeder reactors and reprocessing architecture to facilitate the production and refinement of plutonium. The report says that based on the DOD’s current estimates, the number of operational nuclear warheads currently in the PRC’s arsenal is currently likely to exceed 400.

“If China continues the pace of its nuclear expansion, it will likely field a stockpile of about 1500 warheads by its 2035 timeline,” the report projects.

Taiwan in the Crosshairs

Along with overall trends that show increasingly aggressive activity by the PRC in the Indo-Pacific region, which includes what the DOD characterized as “unsafe and unprofessional behavior [that] appears to target U.S. military aircraft and naval vessels” and those of its allies, several concerning details in the new report point to China’s increasing use of military pressure against Taiwan.

According to the report, in 2021, the PRC “intensified diplomatic, economic, political, and military pressure against Taiwan” and displayed “increased provocative and destabilizing actions in and around the Taiwan Strait,” activities that included overflights in the country’s Air Defense Identification Zone (ADIZ).

“Although the PRC publicly advocates for peaceful unification with Taiwan, the PRC has never renounced the use of military force,” the report states. “The circumstances under which the PRC has historically indicated it would consider using force remain ambiguous and have evolved over time.” The report goes on to note that an array of different military operations might be carried out by the PRC against Taiwan.

Along with the overall modernization efforts of the PRC, which appear to have the aim of optimizing its military capabilities by 2027 as it looks toward the feasibility of reunification with Taiwan, the DOD’s annual report also examines the PLA’s employment since 2021 of what it calls “Multi-Domain Precision Warfare” (MDPW).

Conceptually, MDPW seeks leverage of a Command, Control, Communications, Computers, Intelligence, Surveillance, and Reconnaissance (C4ISR) network that combines big data and artificial intelligence to “rapidly identify key vulnerabilities in the U.S. operational system and then combine joint forces across domains to launch precision strikes against those vulnerabilities,” the report states.

“The timing of MDPW’s appearance with China’s updated doctrine and military strategic guidelines suggests that MDPW serves as a connection between them,” the DOD’s report concludes, adding that it will be implemented in support of “the contours of what the PLA must be able to do to win future wars.”

In sum total, the 2022 China Military Power Report report outlines China’s global ambitions and how the PLA has been frequently employed in the furtherance of such objectives in recent years, offering a snapshot of the country’s current military aspirations and capabilities, which the DOD says “underscores why the PRC represents the Defense Department’s pacing challenge.”

“In addition to continuing to monitor the PRC’s evolving military strategy, doctrine and force development, the United States – alongside allies and partners – will continue to urge China to be more transparent about its military modernization program,” read a Pentagon summary of the report.

Overall, the DOD’s annual report shows that China’s increasing military ambitions and attainment of what it calls “national rejuvenation” makes its presence within the international community a complicated one, which foreshadow’s the nation’s potential ability to upset global strategic stability in the years to come.