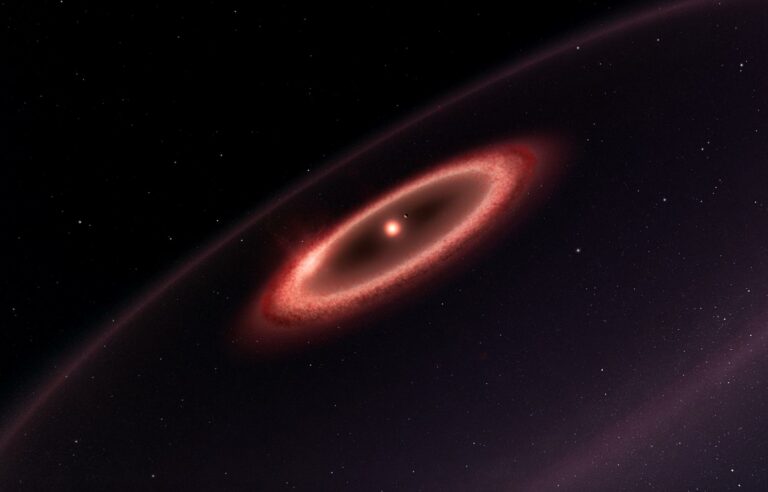 Blast from the Past: Astronomers Detect “Extreme” Event From Proxima Centauri

Proxima Centauri, the next closest star to our planet apart from our Sun, is an M5.5-type star in the nearby Alpha Centauri system. Despite being the smallest member of this neighboring star system, it gave astronomers a big surprise in May 2019.

According to new research published in Astrophysical Journal Letters, astronomers at that time observed Proxima Centauri producing an “extreme” flaring event, which they believe to be the largest it has ever been seen to produce.

Because Proxima Centauri is about 4.3 light years away from earth, it means that light speeding away from it takes 4.3 years to reach our telescopes. As with all distant phenomena astronomers observe in space, peering at events like the massive flare produced by Proxima Centauri in May 2019 is the equivalent of looking back in time at a literal blast from the past.

However, at a magnitude that places it 1,000 times less luminous than Earth’s Sun, Proxima Centauri is invisible to us without the aid of telescopes, despite its relative closeness.

According to the study’s authors, “this flare is the brightest ever detected, brightening by a factor of >1000 and >14,000 as seen by ALMA and HST, respectively.”

“The initial burst [had] an extremely short duration,” the authors wrote in the paper’s abstract. “Taken together with the growing sample of millimeter M dwarf flares, this event suggests that millimeter emission is actually common during stellar flares and often originates from short burst-like events.”

According to Meredith MacGregor, the study’s lead author and an astrophysicist in the Department of Astrophysical and Planetary Sciences at the University of Colorado, Boulder, Proxima Centauri is a red dwarf which, as their name entails, astronomers recognize as generally being small and dim.

The flare observed by MacGregor and others who participated in the research observed it for just 7 seconds, making it the brightest flare of its kind that astronomers have ever managed to detect in the millimeter and far-ultraviolet wavelengths.

In an astronomical first, MacGregor says the star was observed going “from normal to 14,000 times brighter when seen in ultraviolet wavelengths over the span of a few seconds,” adding that astronomers were previously unaware that stars could even flare in the millimeter range.

“In the past, we didn’t know that stars could flare in the millimeter range, so this is the first time we have gone looking for millimeter flares,” MacGregor says. She and her coauthors believe such signals could aid astronomers in actually determining what causes flares like these, and how they are produced by stars.

MacGregor estimates that as planets in the vicinity of Proxima Centauri are being blasted by flares like this as much as several times a day.

All images credited to ESO/M. Kornmesser.