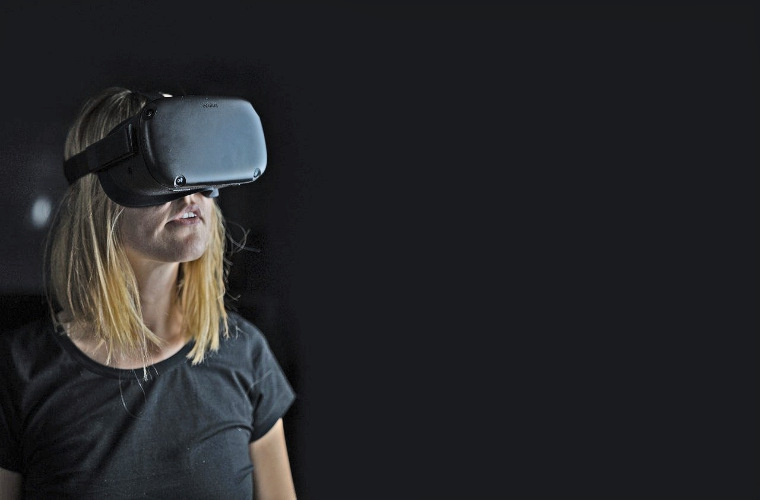 Virtual Reality Training Could Save Us From A Future Labor Crisis

As the world continues to deal with the pandemic, virtual reality has become a popular entertainment pastime. However, as businesses and employers continue to juggle the future of their employees, the use of virtual reality in employment training may stave off a future labor crisis.

“One of the most powerful things about virtual reality is when you’re in it; you do not just see something, you’re doing something,” Kevin Cornish, CEO of Moth+Flame VR told The Debrief in an interview. “Your mind makes memories that reflect that, and the amount of neuronal activity is at a whole other level compared to just watching a video or just seeing something [in a classroom].”

A recent study by economists, entrepreneurs, and futurists from the Brookfield Institute for Innovation and Entrepreneurship at Ryerson University predicted that by 2030, one-third of Canadian workers would experience a change in their occupations as the country comes out of the pandemic. In the United States, the trend is similar. A Ceridian study predicts that 76% of Americans under 30 are or will be looking to change careers.

In a post-COVID world, where jobs and careers will change dramatically, industry leaders say virtual reality will become a vital tool in how we retrain people quickly to avoid a labor shortage.

“What happens when there are these types of cataclysmic shifts, and that thing you spent your whole life doing doesn’t exist anymore. How do you learn how to do your next thing? That’s a place where we see virtual reality having a ton of positive impact,” Cornish explained.

The U.S. Air Force recently hired Cornish’s Moth+Flame to develop a VR application to help senior military leaders engage in suicide prevention training. The purpose was to put those officers into situations where they had to engage in these difficult conversations with virtual service members.

Moth+Flame has had other similar contracts with mental health and social work organizations. Cornish also has noted that several other universities and companies have reached out to start building training systems that utilize virtual reality.

“We had a customer this past year who developed training programs. [They did] in-person training, and it cost them $1.7 million a year. So we took that into virtual reality, and it was just an instant success,” Cornish stated.

The true success, though, was the ability to make subtle changes to the program, and suddenly, they could repurpose it for different training situations.

“They found 31 different use cases,” Cornish said, for using the VR program as the model. “We see the same kind of thing with most [customers].”

The biggest hurdle is the cost of adopting new technology, and while the initial setup can be pricey, most educational institutions and companies see the benefit.

“What we’re seeing in enterprises, because there’s so much ROI (return on investment) for switching training to virtual, they’re investing in the hardware and when they invest in the hardware, now, all of a sudden, they start seeing a bunch of different use cases for where the technology could help,” Cornish told The Debrief.

Cornish isn’t alone in his thinking.

Universities and colleges are starting to notice that students retain more knowledge when being immersed in experiential learning versus watching a lecture.

“There’s this kind of feedback loop. The more people that are doing virtual reality, the more success stories that they see, the more light bulbs go off about the different ways that it can be helpful,” Cornish says.

Cornish believes that as more and more companies and schools begin using VR in training, it will become the standard. He equates the use of VR as a training tool to the rise and daily use of the desktop computer. In the early 1980s, the push to put a computer on every desk seemed impossible.

When the pandemic does end, there will be a significant increase in people seeking training in the post-COVID world. While VR has yet to become the standard, it may be necessary to bolster the ranks in a future job market mired in uncertainty.

The fact is that very little is known about how the world will look after the pandemic. Things will return to some semblance of “normal,” but it is unclear how “normal.”

As doors slowly begin to open back up and people begin to reenter the workforce, training and education will need to be provided. This will undoubtedly need to occur in large numbers and at faster speeds. If VR serves as a tool to ensure education quality is maintained with high retention of knowledge and can educate and train in less time, it will be an essential tool. Moreover, it will spare the economy significant lag time as it bounces back from the economic downturn caused by COVID-19.