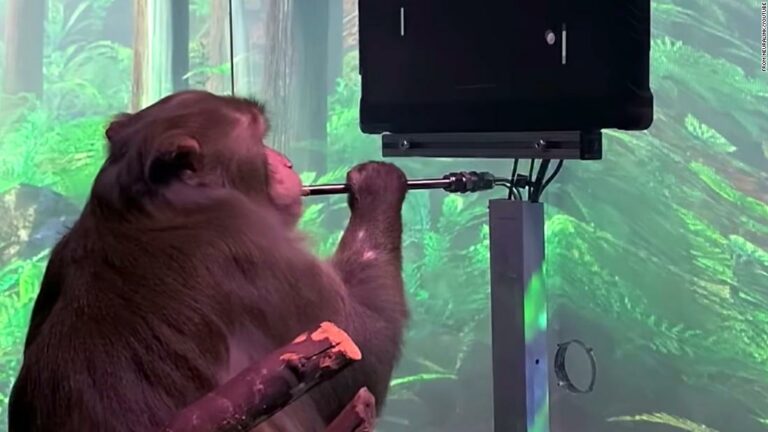 Brain to Machine Interface – Neuralink Monkey Playing a Video Game with its Mind.

Do you know what a brain to machine interface is? Elon Musk, CEO of Neuralink, recently released a video of a macaque monkey playing video games with its mind. What video game did the monkey start off with? Just a classic game of “Pong”.

Last August, Musk hosted a live demonstration where he unveiled a pig called Gertrude with a coin-sized computer chip in her brain. From what was shown, the pig seemed unbothered by the implant. The goal for Musk and the Neuralink is to create a working brain to machine interface that will help people with neurological conditions in the future.

The monkey’s name is Pager and was implanted with a chip six weeks ago. In the Neuralink video, Pager was provided with a joystick that was connected to a Pong video game. As he becomes more and more successful, Pager is rewarded with some banana smoothie through a tube.

At first, the joystick is connected to the computer but as you can tell, the joystick was then unplugged and you can see Pager controlling the game by his mind only. The Neuralink chip in Pager records his brain activity and sends it back to a computer to be analyzed to learn more about his brain reactions when Pager moves his hand.

Musk takes to Twitter and says, the “first Neuralink product will enable someone with paralysis to use a smartphone with their mind faster than someone using thumbs”.

Watch For More on this incredible story: