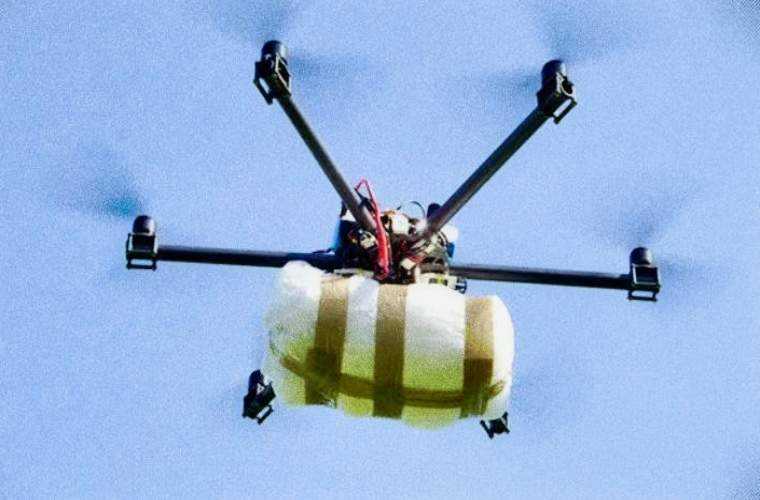 Cartels Are Using ‘Narco-Drones’ to Smuggle Drugs Across US Border

For decades, Mexican cartels have used innovative methods to smuggle drugs across America’s Southern border. However, unlike planes, catapults, or traditional human smugglers known as “mules,” the latest threat putting enforcement agencies at a significant disadvantage are unmanned, smuggler ‘narco-drones.’ And according to the agencies tasked with addressing the issue, they still don’t know the true scope of the problem, much less the best way to stop it.

In a 2020 Air and Space Magazine feature, artificial intelligence and autonomy consultant Robi Sen, who works with officials at the U.S, and Mexican border, encapsulated this problem perfectly, saying. “We have a lot of physical evidence and proof that there are a lot of these drug flights with drones. But because of the lack of a methodology and a lack of sensors and trained observers, we cannot know how big the problem is. But what things we have seen suggest that the problem is much larger than anybody realizes.”

Cartels are forever finding inventive new ways to smuggle drugs across the border. In the 1980s, small planes started making runs to off-the-grid makeshift landing strips until the DEA caught up using advanced radar and interdiction flights to foil those efforts. Other more notable attempts involved custom-built submarines to ship the drugs from Columbia, air-conditioned tunnels dug right under the border, and even catapults to launch the contraband from Mexico into the U.S.

Many of these methods proved costly and time-consuming, leaving cartels increasingly dependent on human smugglers. Still, even “mules” have their disadvantages. People represent a potential liability if caught.

That’s where drones have come in. Not only are they cheap and easy to use, but they also don’t need a share of the profits and represent very little liability if captured.

The first commercial drones appeared on the market in 2013, and by 2014, stories of drones dropping drugs into prisons had already started popping up. In 2015, a drone loaded with drugs crashed in a Tijuana, Mexico grocery store parking lot just a few miles from nearby San Ysidro, California, right across the U.S. Mexican border. The first conviction of narco smugglers occurred just a few months later, setting off the latest field of battle for the 21st-century war on drugs.

Analysis: Why Using ‘Narco-Drones’ Makes A Lot of Sense

Those first smuggling attempts involved off-the-shelf drones bought for a few hundred dollars, but as their use has increased, so has the complexity of the technology. Or, as Yuma County (Arizona) Sheriff Leon Wilmot recently told the Washington Times, “These aren’t cheap drones.”

For example, according to a 2016 report from Air and Space, “a disassembled fixed-wing drone was found buried on a Colombian beach along with 286.6 pounds of cocaine. Police said the aircraft could move as much as 22 pounds of cocaine as far as 62 miles.”

These increasingly sophisticated drones are also tough to track. They can fly below radar and offer very little radar return due to the advanced materials increasingly used in their construction.

“The problem we’re finding with radar,” says David Kovar, a digital forensics and cybersecurity expert quoted in the 2020 Air and Space piece, “is that as new composite materials are coming along, you can replace a lot of metallic components, so the radar cross-section is being diminished.” Complicating the situation further, the software used in many of these radar systems treats the small drones like birds, essentially disregarding them.

Plus, Kovar notes, not only are the drones being used to carry the contraband, but they also help in the planning phases. Drones are often used in surveillance to determine where authorities are stationed, planning routes for smuggler drones and mules alike, or simply using a drone as a diversion to draw authorities away from the real shipment.

Unfortunately, these same authorities are still unsure exactly how many flights occur, making countering them an even more complicated proposition. In fact, according to the recent Air and Space report, “data from just one [captured] aircraft has revealed hundreds of cross-border flights.”

As for dealing with these ‘narco-drones,’ authorities are faced with several additional obstacles. Unlike the U.S. military, which has a fully-realized counter-drone strategy and a number of cutting-edge solutions in development to counter combat drones on the battlefield, border officials are often unable to utilize these military-grade strategies and technologies.

For instance, jamming a drones’ Wi-Fi style communications could interrupt local signals used by commercial, residential, safety, and enforcement agencies alike. That same issue also prevents disruption of GPS data drones often use to navigate, putting emergency services and other transportations services that rely on GPS at risk. Shooting them from the sky is even more hazardous, with much of the U.S./Mexico border lined by residential neighborhoods.

Outlook: Is Stopping These ‘Narco-Drones’ Possible?

With the problem seemingly increasing in frequency, border enforcement authorities are taking the first steps toward a viable counter-narco drone strategy.

According to the 2020 Air and Space report, “in September 2019, CBP [U.S. Customs and Border Patrol] announced the purchase of six of Citadel Defense’s Titan counter-drone systems, which detect and attack drones’ radio-frequency communications, for operational testing along the border in California, Arizona, and Texas.”

As of 2021, the system is still undergoing testing, but given the general lack of data on how frequently these drones are crossing the border, their detection seems just as important as the efforts to confuse their communications.

Of course, if history is any guide, the minute authorities find a successful method for tracking and stopping this kind of cross-border traffic, cartels will indeed find another, likely even more advanced way to do business. But until then, if you live near the U.S./Mexico border, make sure to look up from time to time, just in case.